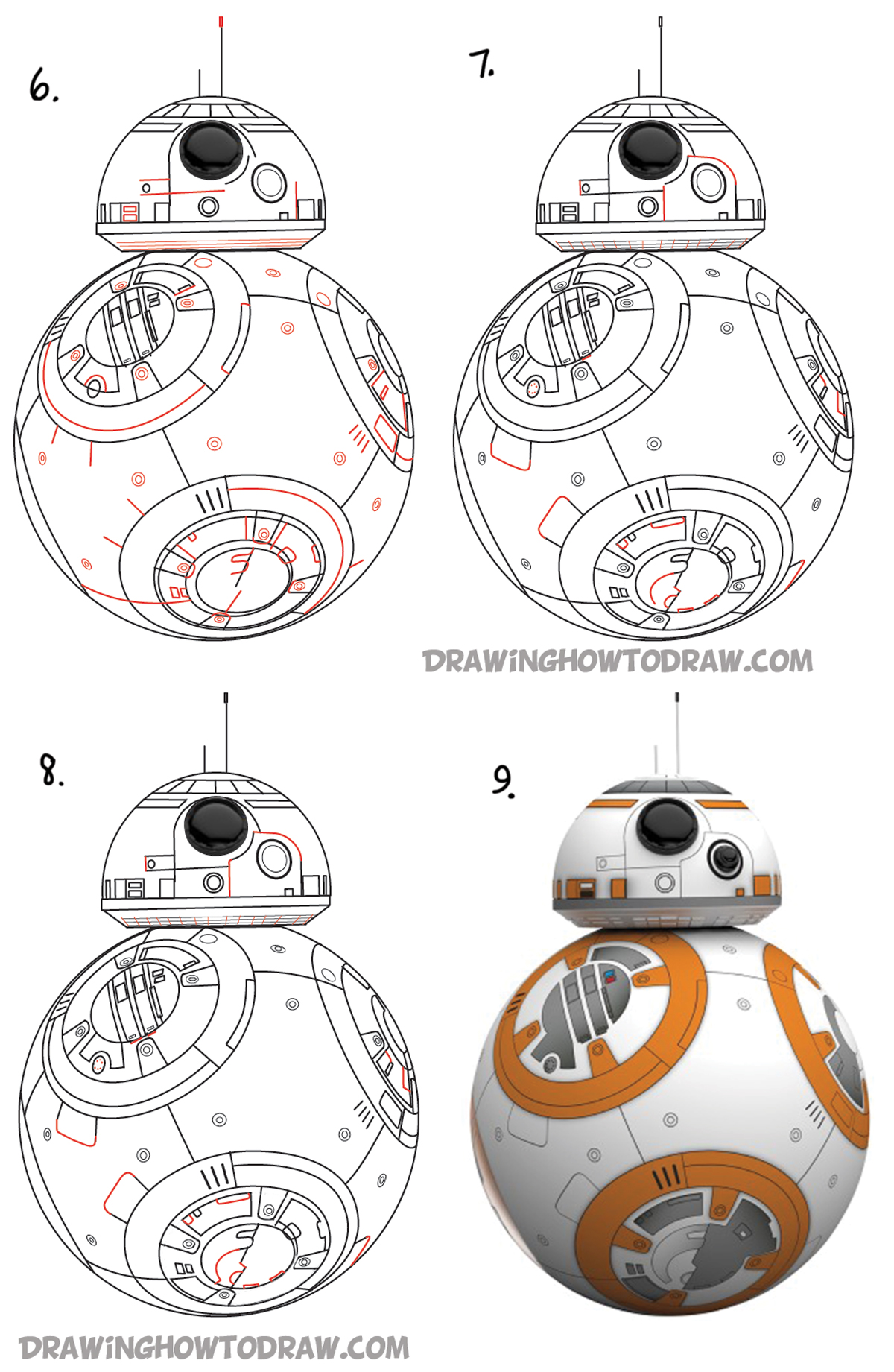 (Step 1) Draw a large circle with a smaller circle on top. Draw guidelines thru the center of the larger circle.

(Step 2) Cut the upper circle in half with a rectangle. Draw 2 lines thru the top of the half circle. Draw a circle in it as well. Draw 2 ovals in the larger circle, and a partial oval as well.

(Step 3) Draw 2 lines at top of droid. Draw more ovals inside the original ovals. Draw some rectangles in top portion of droid. Also draw line at top of circle.

(Step 5) Continue to add details…too many to detail here.

(Step 6) Draw many circles that also have inner circles. At bottom of half circle draw some horizontal lines. Draw a rectangle at top of antenna. Draw a few lines and 2 rectangles. On bigger circle, draw some curved lines, straight lines, as well as a letter ‘S’ shape at the very bottom.

(Step 7) Add some finishing details. Add some lines under the half circle to form a grid.

(Step 8) Draw a few more curved lines and a line or two as well.