Learn how to draw boxes and cubes with these simple step by step instructions. You might think they look hard to draw, but they are quite simple to make once you know the steps. Also learn how to shade these boxes as well. 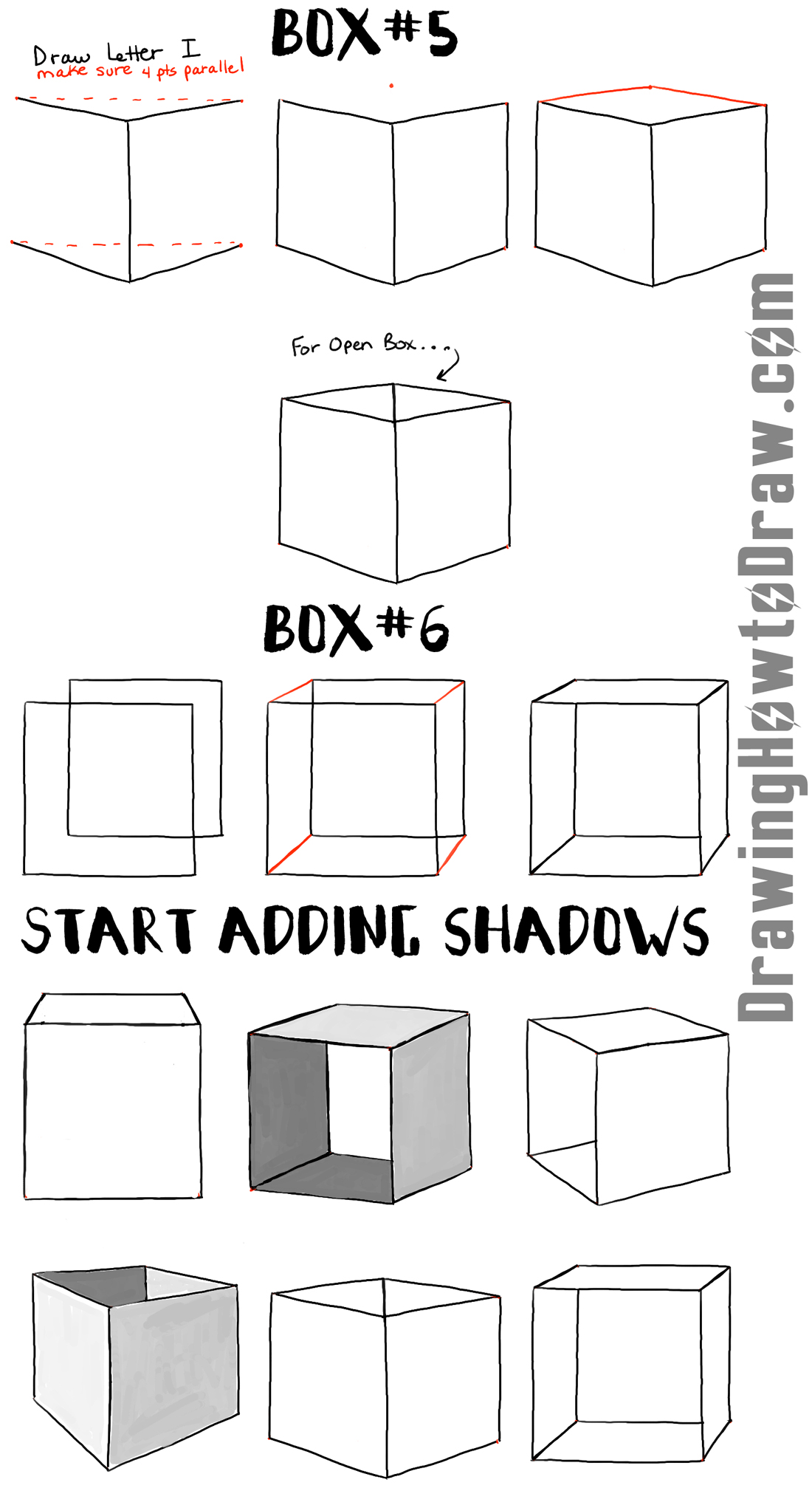 Written Out Step by Step Instructions

Box #5 is a bit trickier. As you see, the corner of the box is headed straight forward. This makes it a bit more difficult. However, I will show you an easy way to draw it. Draw two horizontal lines (I drew them as red dashed lines). Then draw a letter ‘I’ – like shape. The top and bottom of the I, instead of being horizontal, should instead slant upwards toward the red dashed lines. Then draw a point above/in the center. Then connect the top 3 points together.

I showed you two examples of shading boxes/cubes. Try shading the remaining boxes. See how it goes for you. Ask me, if you have troubles. 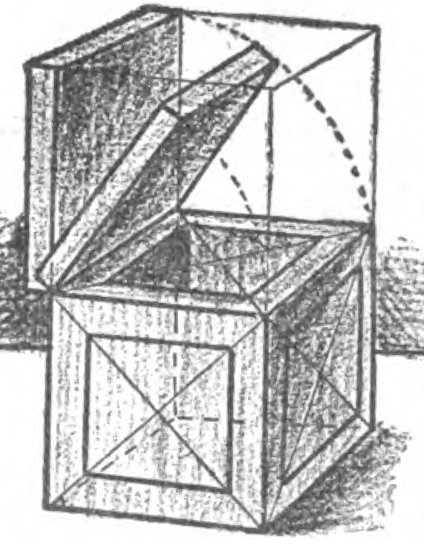 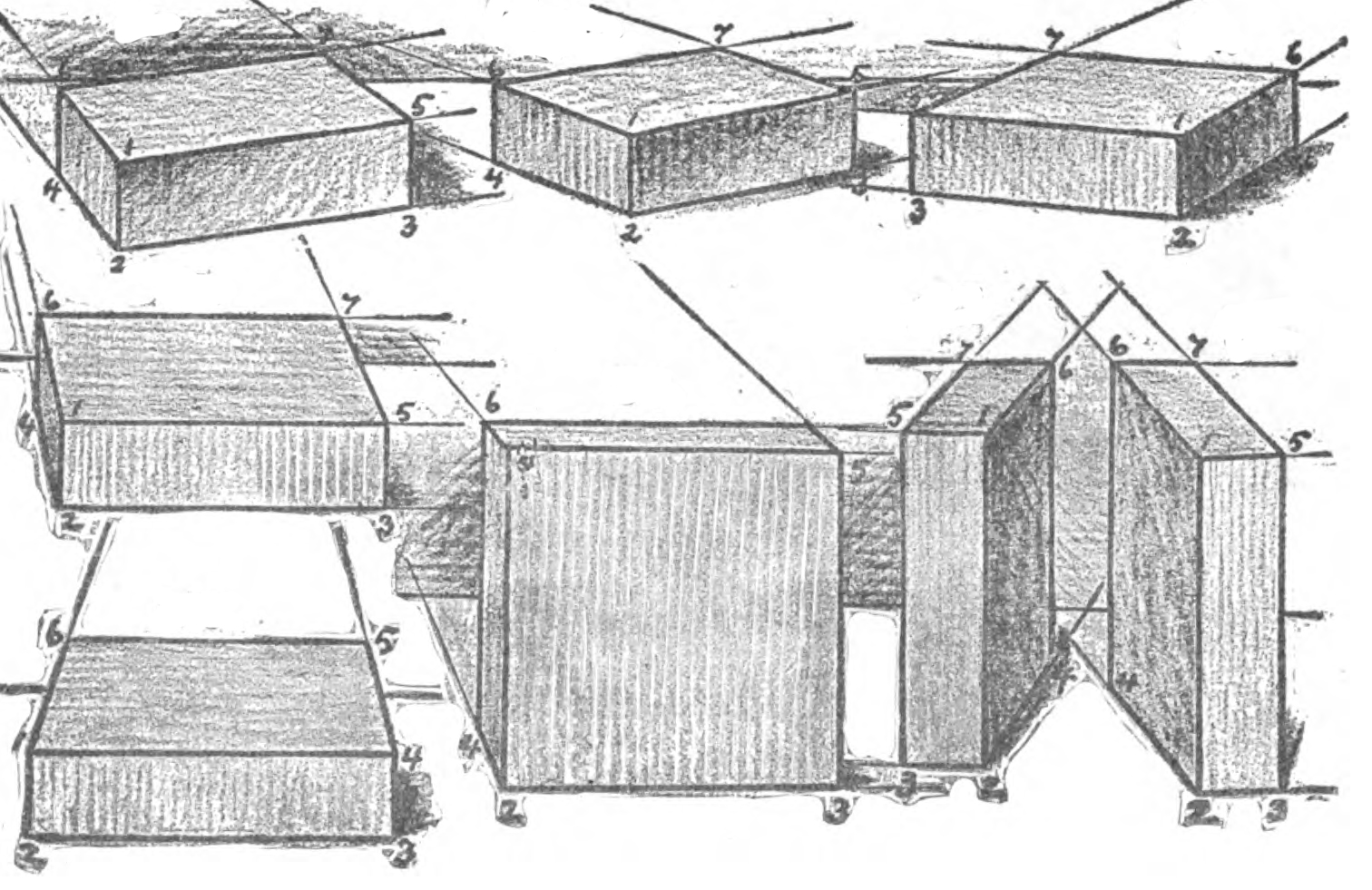 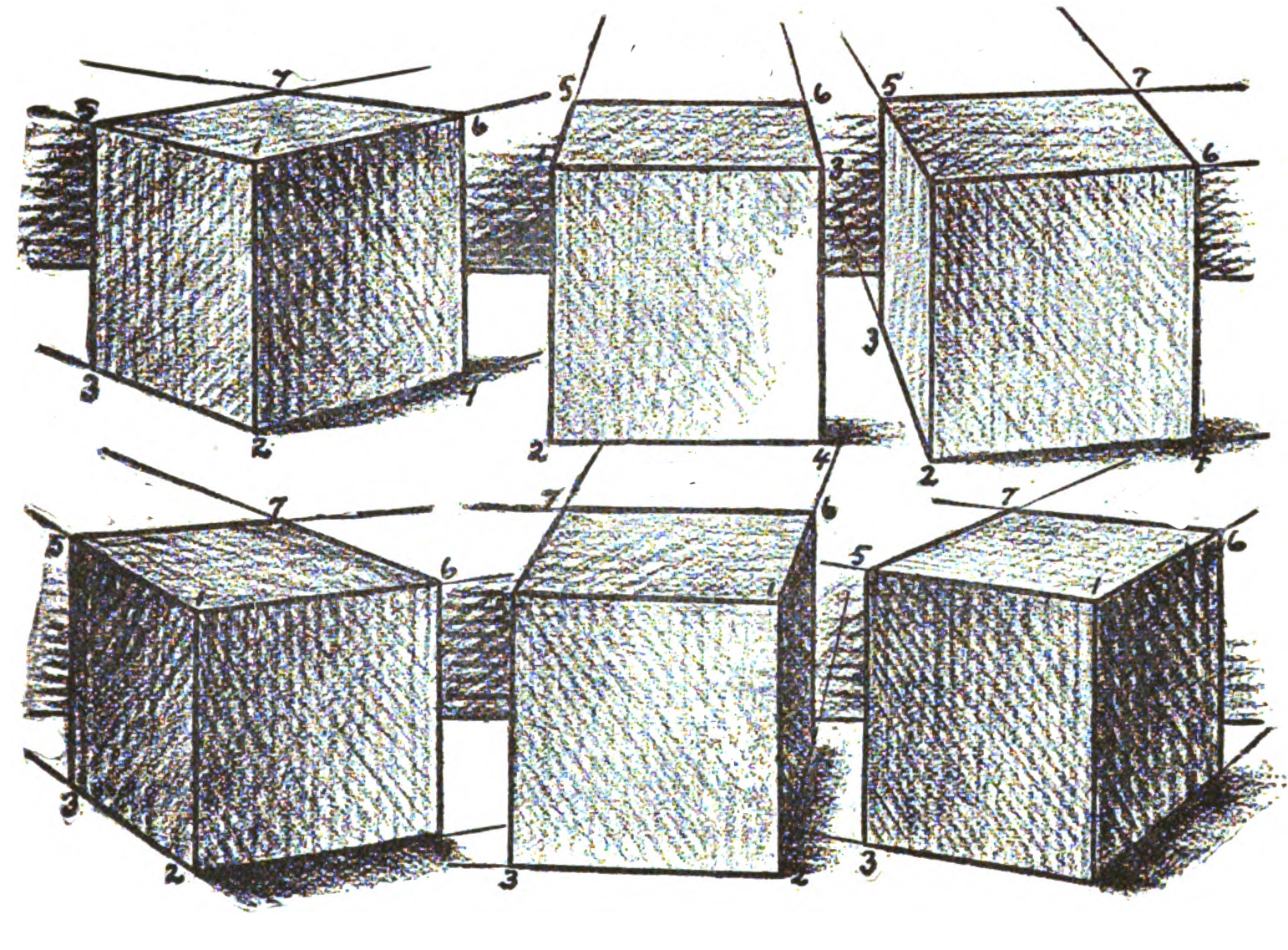