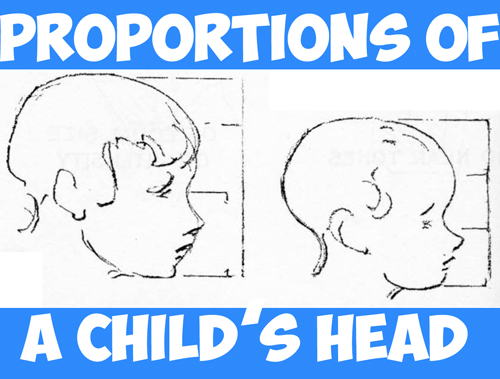 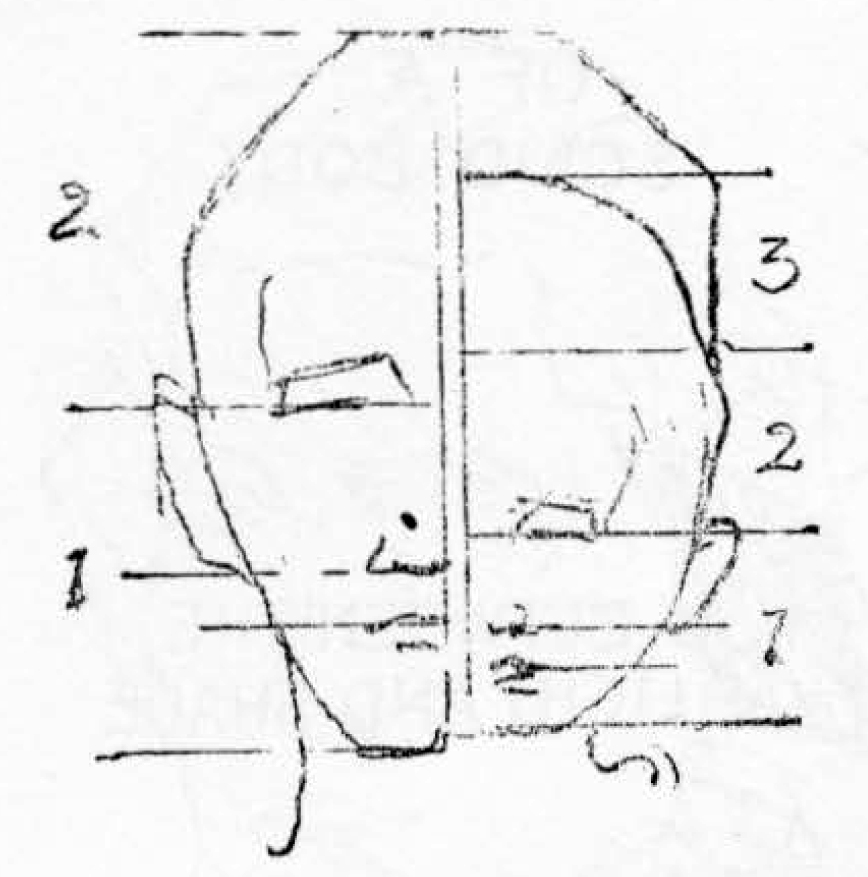 In an adult, from the extreme top to the bottom, the eyes, roughly speaking, are in the middle. The head and face of an infant may be divided in three parts, the eyes placed on the line marking the upper third, from the chin up. In all heads the base of the nose is placed half way between the eyes and chin; the mouth two-thirds the distance from chin to nose. Ages between these two necessarily range somewhere between. 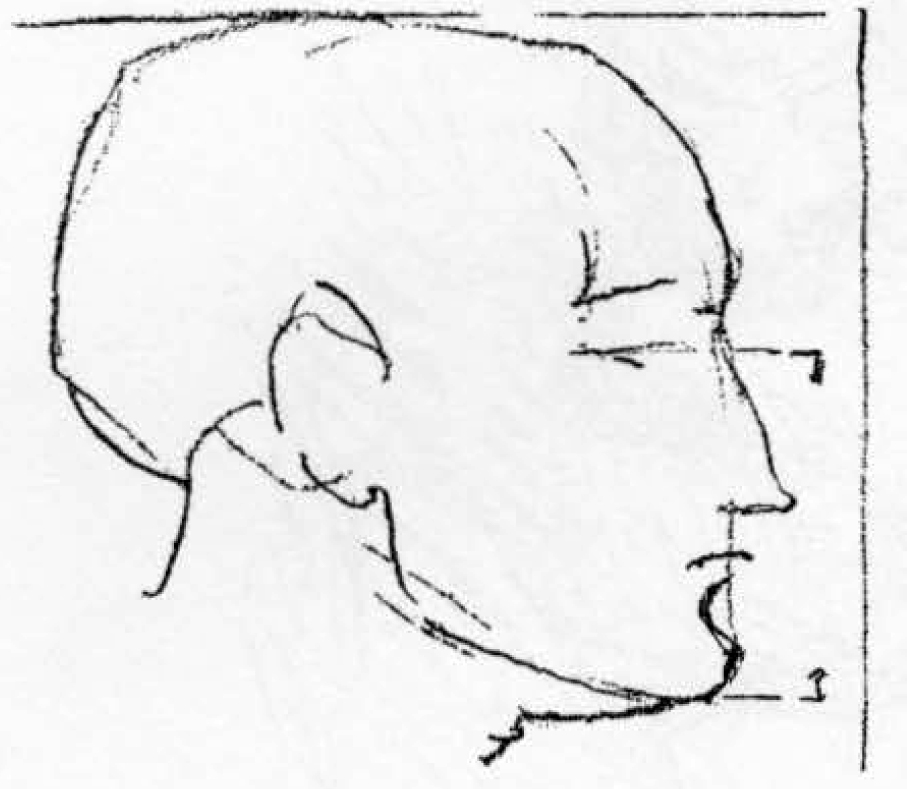 There is also a marked difference in the formation of the head with varying ages. The forehead of an adult recedes, the cheek bones become more prominent, the jaw bone more angular, the whole head in fact more square.

In infancy the head is more elongated and somewhat oval in form. The forehead is full, it recedes down and back toward the brows; the jaw bones and other bones of the face are diminutive; the neck is small compared to the head.

In youth the face is lengthened and is less round than in the infant. The head above the brows however, is not enlarged in proportion to the increase of the lower part of the face. 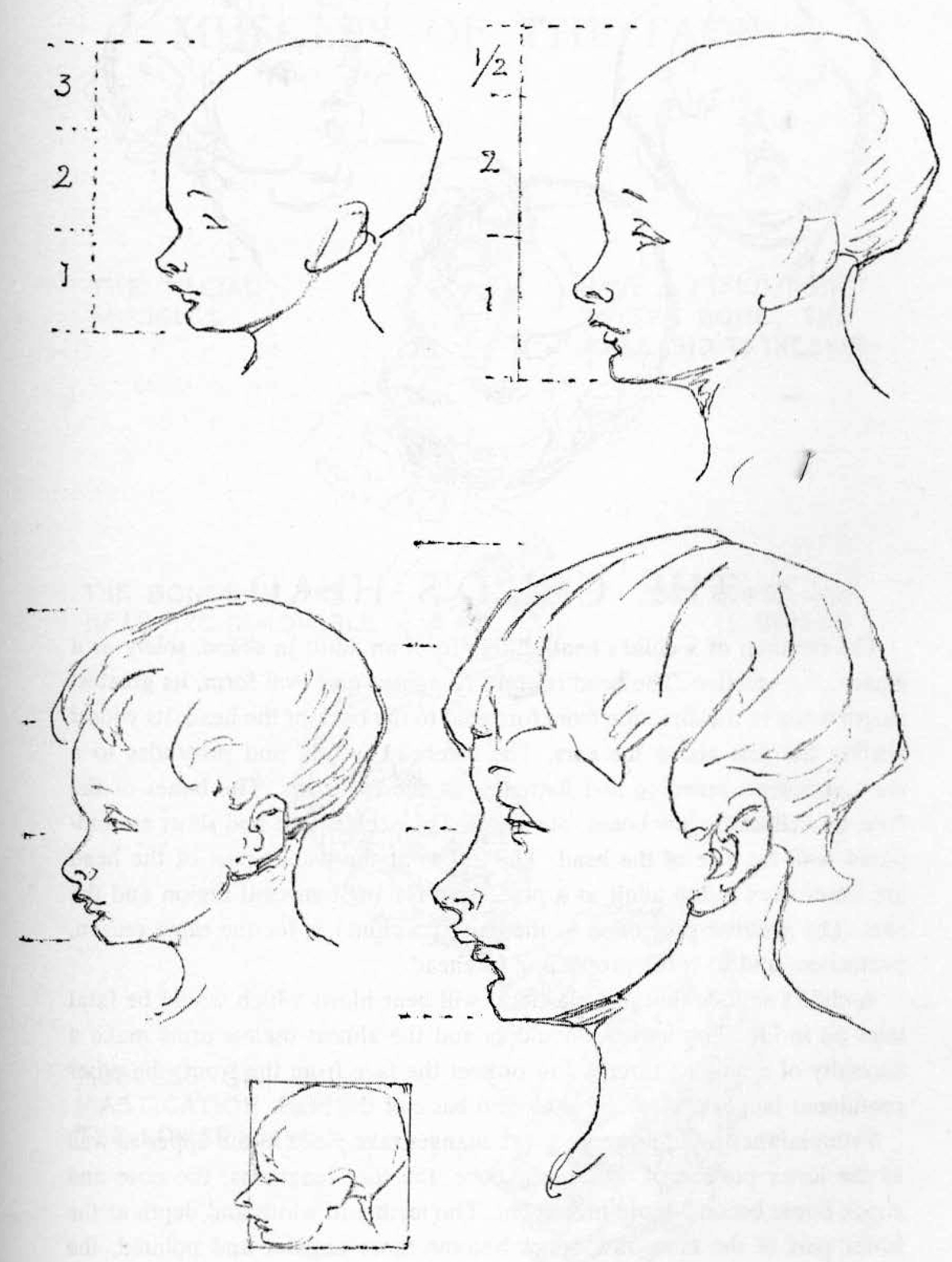 The cranium of a child’s head differs from an adult in shape, solely as a means of protection. The head is of an elongated and oval form, its greatest length being in the direction from forehead to the back of the head; its widest portion lies just above the ears. The forehead is full, and protrudes to a marked degree, receding and flattening at the eyebrows. The bones of the face, as well as the jaw bones, are small. The neck is thin and short as compared with the size of the head. The lumps at the widest part of the head are lower than in the adult as a protection for the temporal region and the ears. The peculiar projection at the back is for the same reason, protection, and so is the protruding forehead.

A child’s skull is thin and elastic; it will bear blows which would be fatal later on in life. The narrow shoulders and the almost useless arms make a necessity of a bulging forehead to protect the face from the front; the other prominent bulges protect the sides and back of the head. 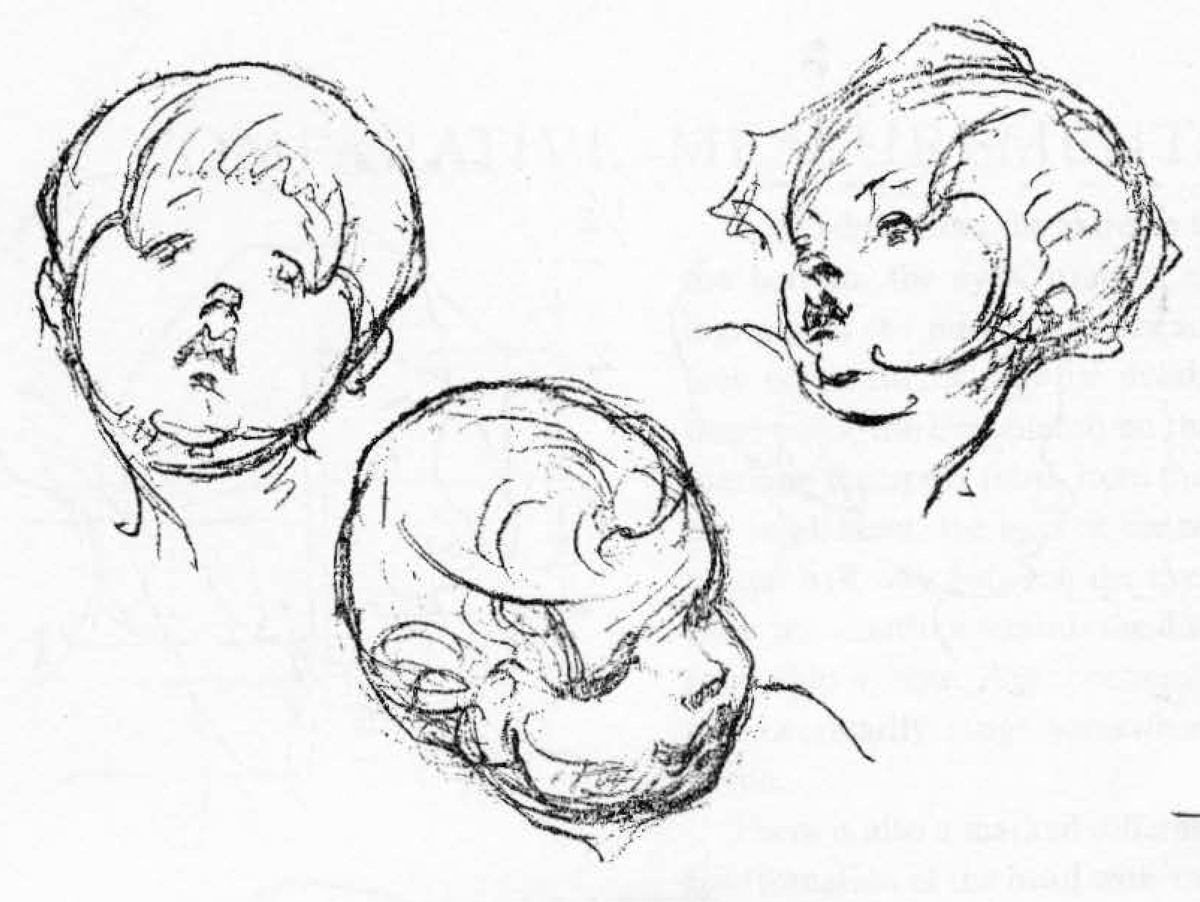 From infancy to adolescence great changes take place in the upper as well as the lower portion of the face. Above, the face lengthens; the nose and cheek bones become more prominent. The teeth add width and depth at the lower part of the face. Jaw bones become more angular and pointed, the masseter muscles are more in evidence, and a squareness of the chin is noticeable.