Today we will show you how to draw the human nose from all different directions, angles, and positions. The following step by step guide should help you with drawing noses that you weren’t sure how to draw before. 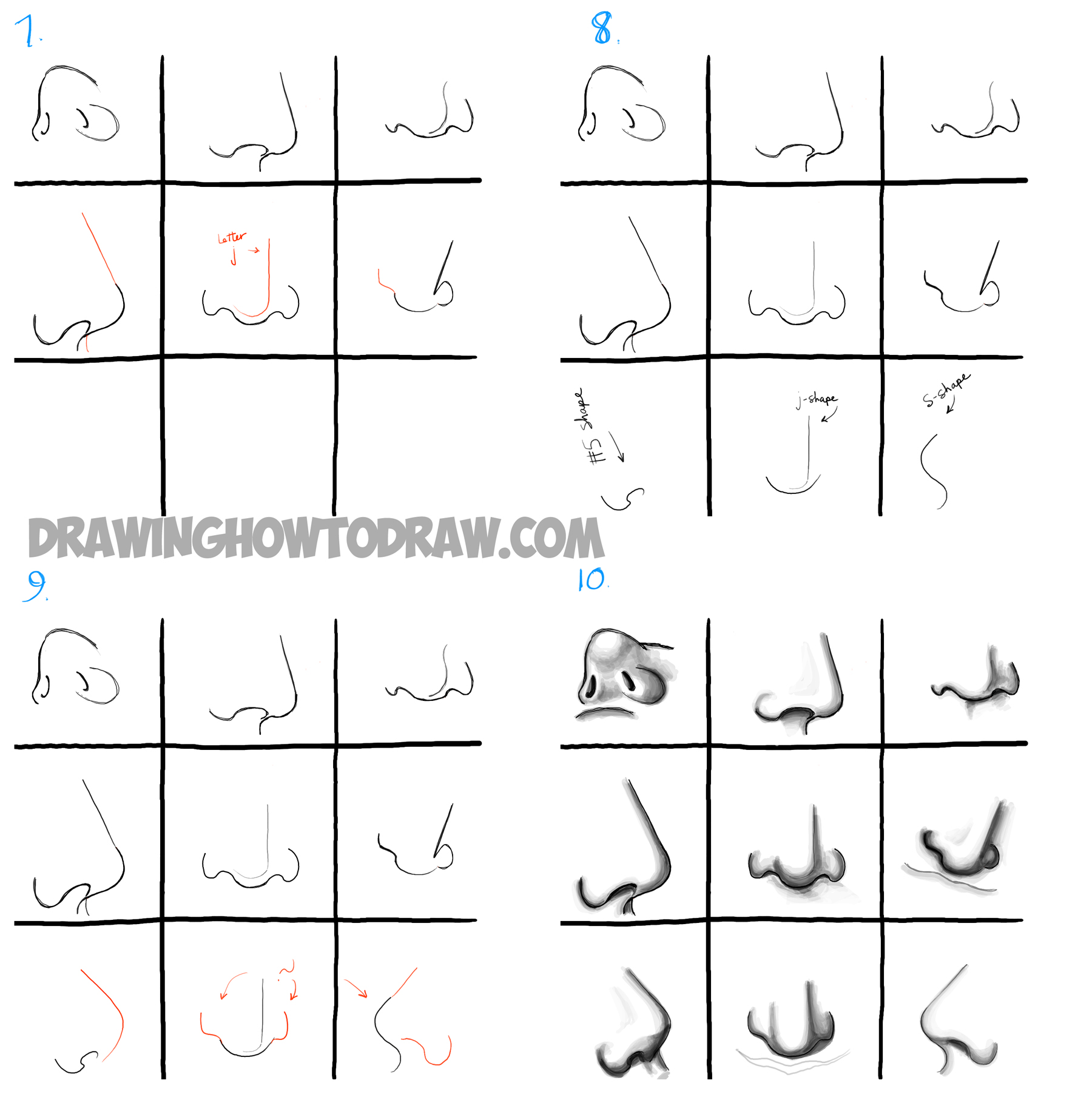 (Step 1) Draw a grid to keep all your different noses in.

(Step 4) Finish up the outlining of these noses.

(Step 8) Now for the last row of noses. Draw a sideways #5-like shape on first nose. Draw a letter ‘u’ shape with a letter ‘j’ shape in center of it for the 2nd nose … draw a letter ‘s’ shape for the 3rd nose.

Technorati Tags: noses, how to draw noses, drawing noses, side noses, front noses, noses from below, noses from bottom