Learn how to draw Princess Luna from My Little Pony, Friendship is Magic with the following drawing lesson. We will guide you through each step with simple-to-follow steps. We will guide you step by step thru drawing this pony using simple geometric shapes, letters, and numbers. Have fun!

How to Draw Princess Luna from My Little Pony Friendship is Magic : Easy Step by Step Drawing Tutorial 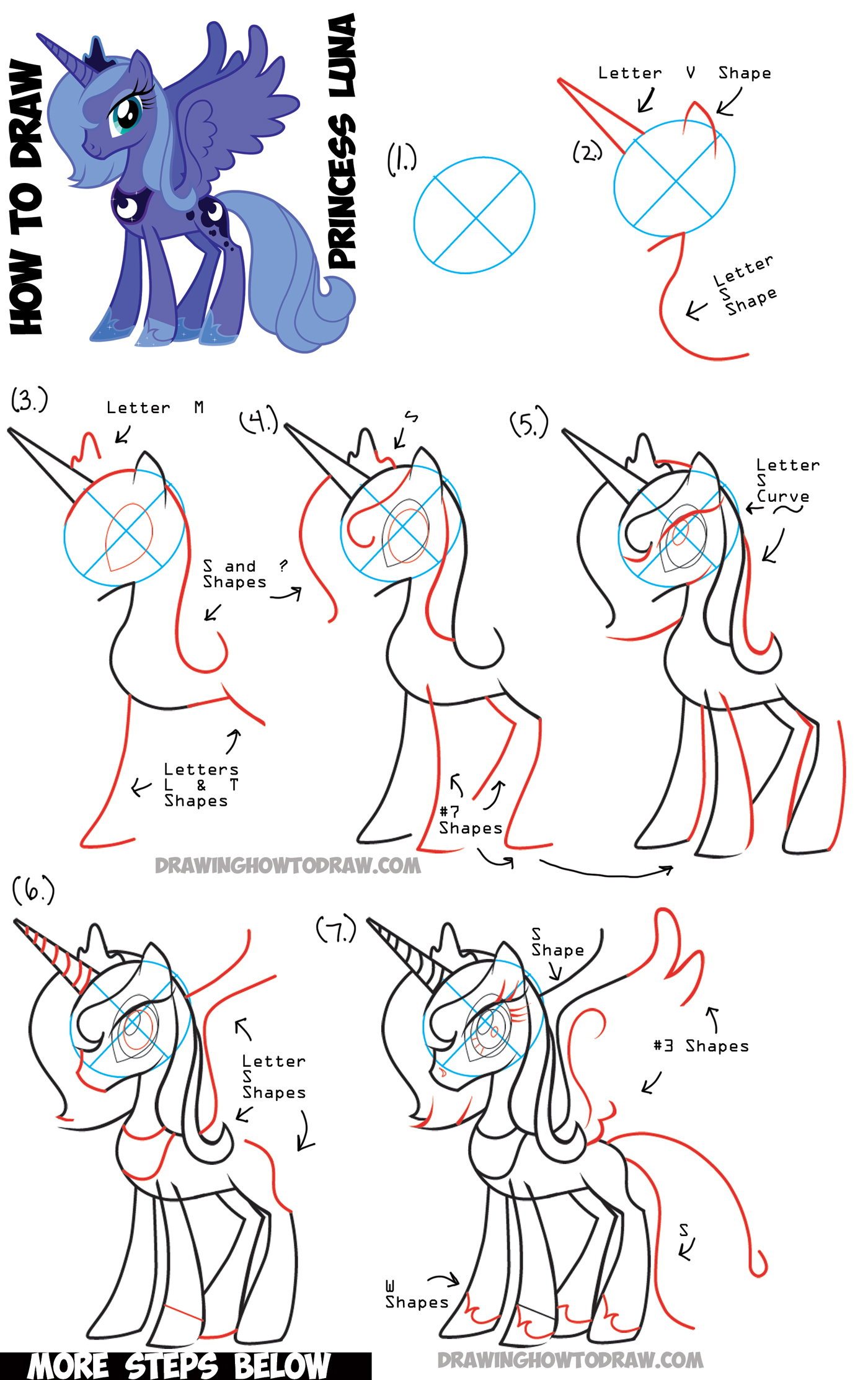 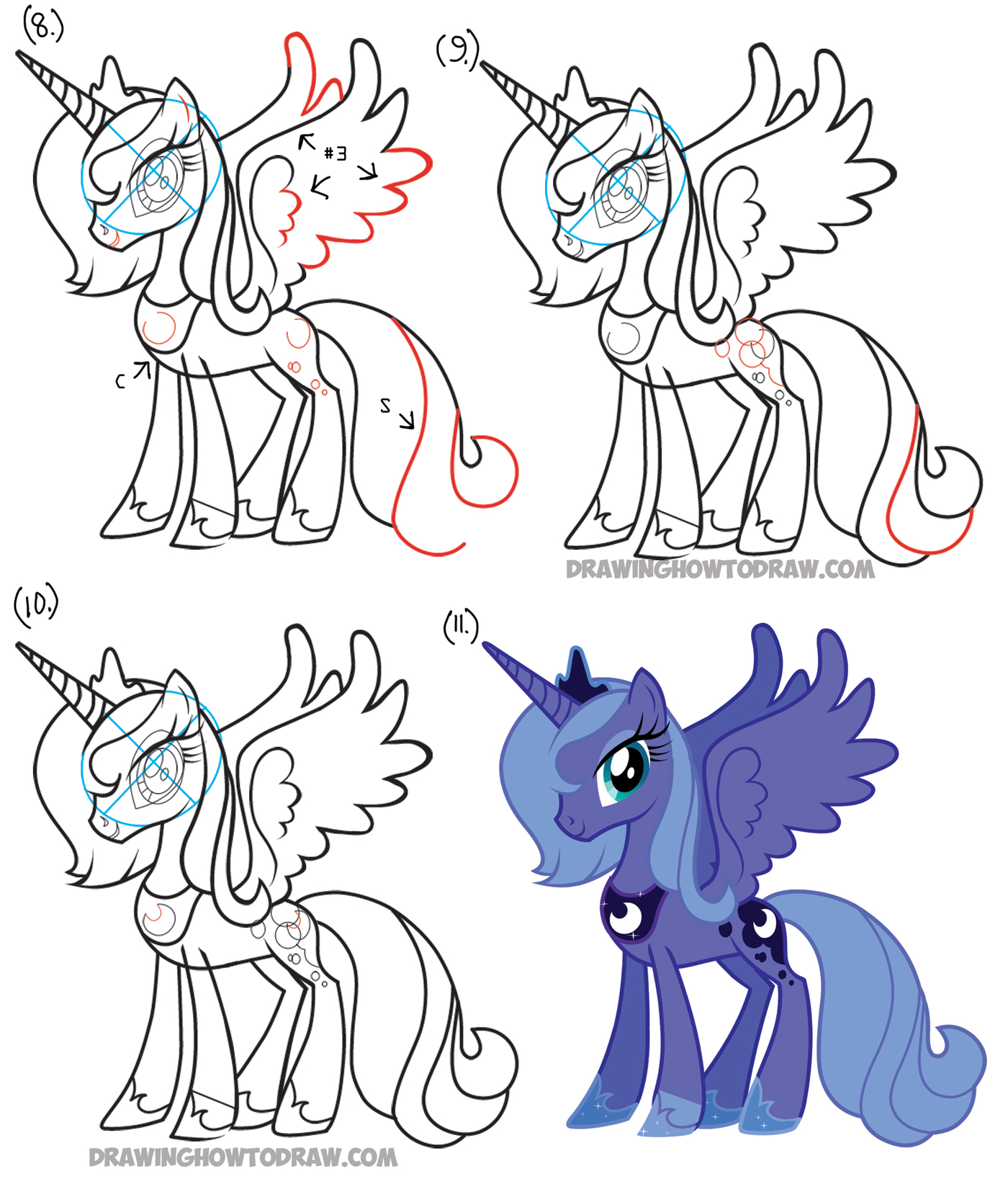 (Step 1) Draw an oval, on its side. Draw guidelines thru it.

(Step 5) Draw a sideways ‘s’ shape for the eye lashes…and an oval inside the eye. Draw a few curved lines. Draw a letter ‘S’-like curve for the back hair. Draw curved lines on backs of legs, except for one in which has a #7-like shape.

(Step 6) Draw curved lines in the horn. Draw some lines on legs…also draw a letter ‘S’-like curve on back leg, as well as for the front wing. Draw an oval in the eye and also draw some other curved lines on the drawing.