Learn how to draw a Letter E Robot with the following simple-to-follow step by step instructions. If you can write letters, then this tutorial will be easy for you, find out how. 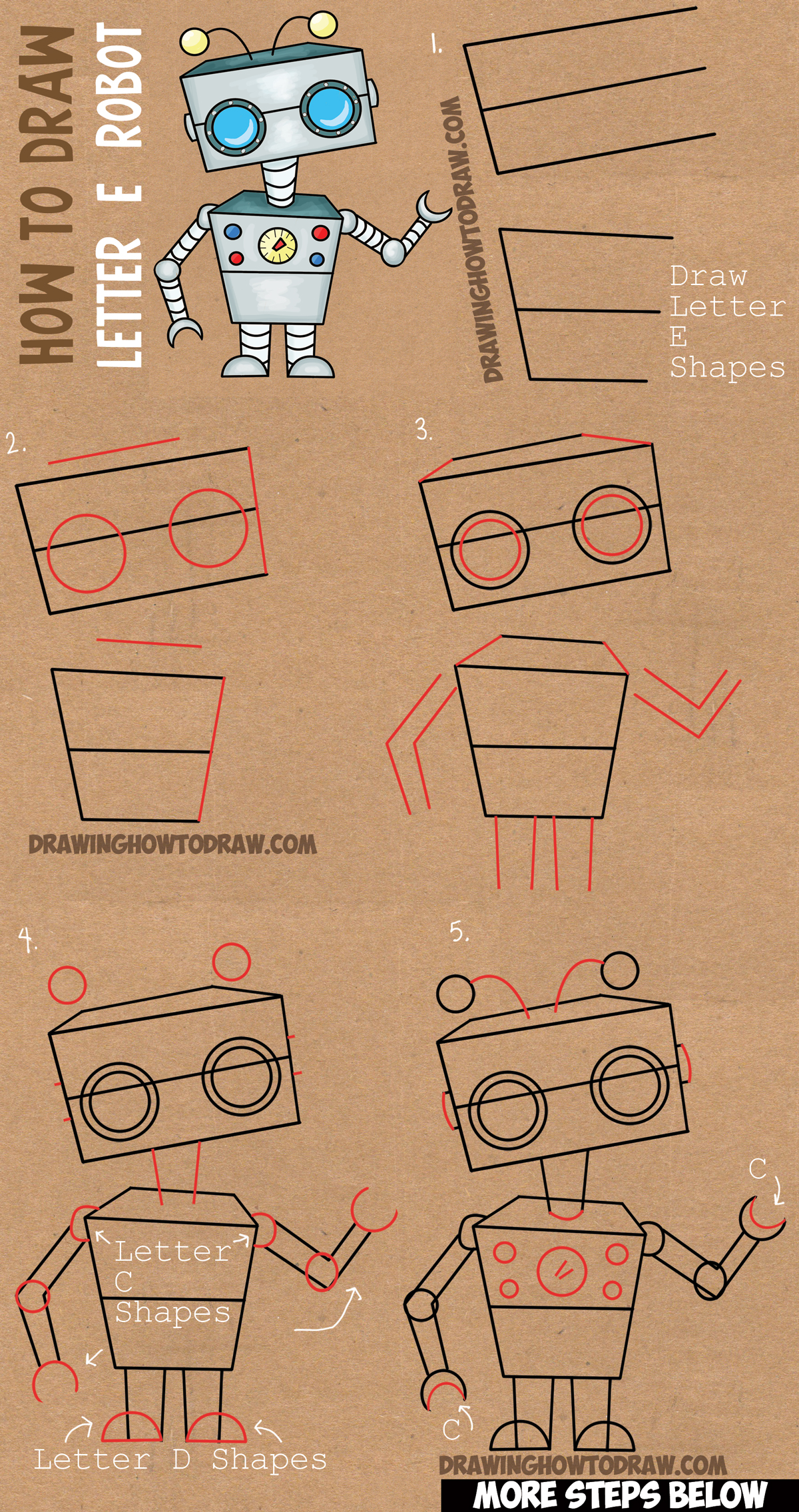 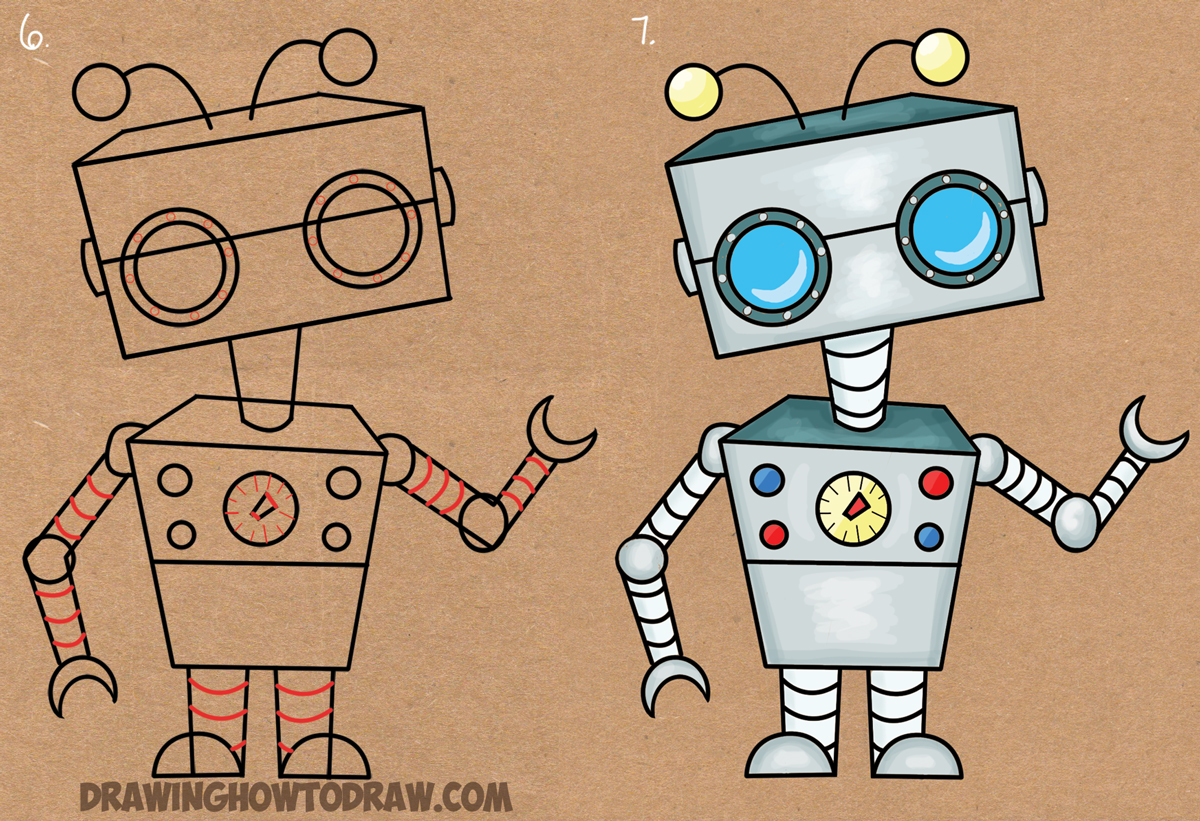 (Step 2) Draw circles for eyes. Close the ‘E’ shapes with lines. Draw 2 other lines…each parallel with the line in front of it.

(Step 3) Connect the front (‘E’ box) with the back line. Draw another circle inside the robot’s eyes. Draw ‘L’ shaped arms. Draw lines for legs.

(Step 6) Draw curved lines on arms, legs, and neck. Draw lines inside the circle on the chest. Draw circles inside the eyes.