Your body and face are all basically in a specific proportion with everyone else. Of course people have different sized noses, chins, brows, etc….but, within a certain margin, you can know that the face will have certain measurements, within means. You can change these measurements a bit for people’s specific facial features. These instructions from an old drawing book by George Bridgman will guide you through the basic steps of measuring out the human head and face. 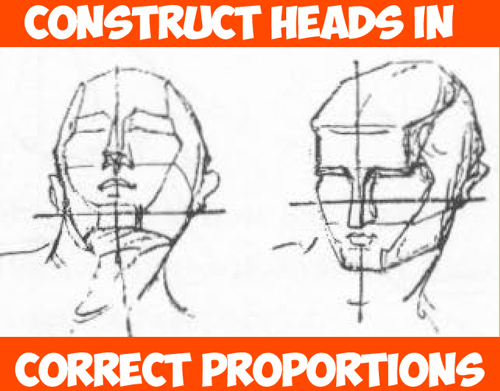 How to Draw Human Head in the Right Measurements and Proportions 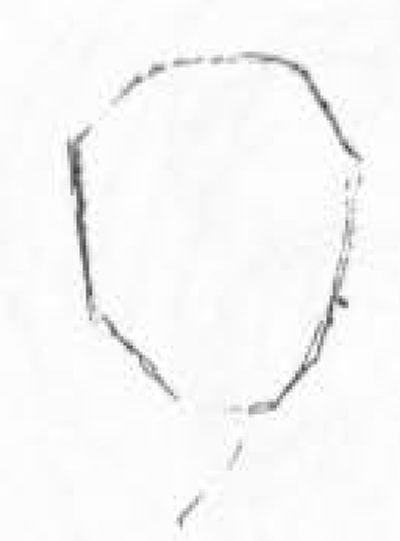 Begin by drawing with straight lines the general outline of the head. 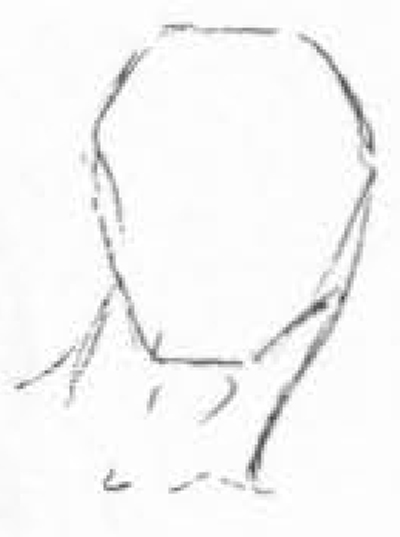 Then draw the general direction of the neck from its center, just above the Adam’s apple, to the pit, at the junction of the collar bones. Now outline the neck, comparing its width and length with the head. 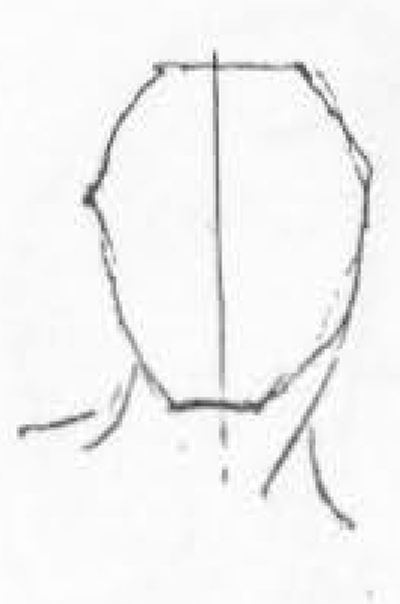 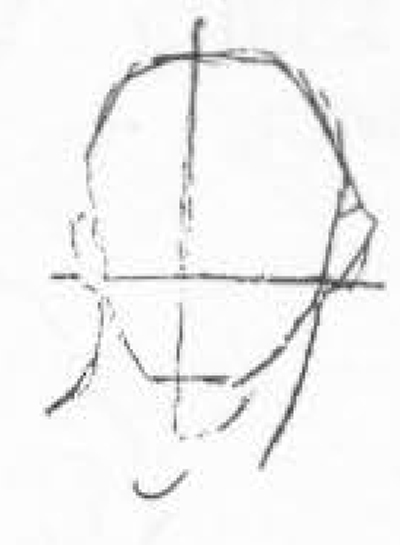 Draw another line from the base of the ear at a right angle to the one you have just drawn. 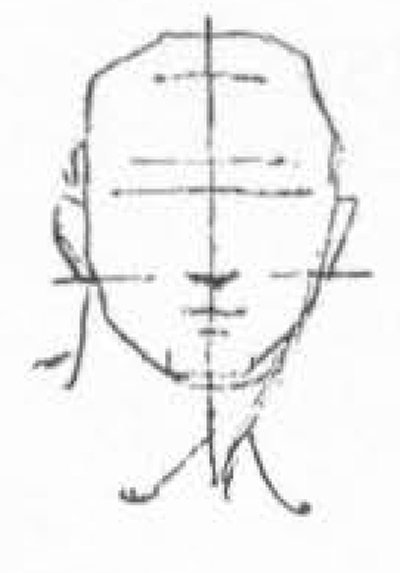 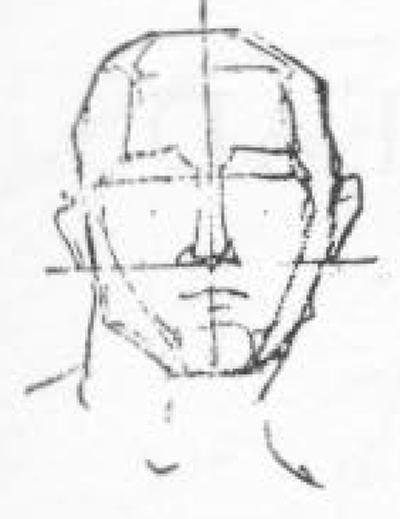 With straight lines, draw the boundaries of the forehead, its top and sides, and the upper border of the eye sockets. Then draw a line from each cheek bone at its widest part, to the chin, on the corresponding side, at its highest and widest part.

If the head you are drawing is on a level with your eyes, the lines you
have just drawn will intersect at right angles at the base of the nose and if both ears are visible and the line from the ear extended across the head, it will touch the base of both ears.

Consider the head as a cube, the ears opposite each other on its sides or cheeks and the line from ear to ear as a spit or skewer running through rather than around the head. 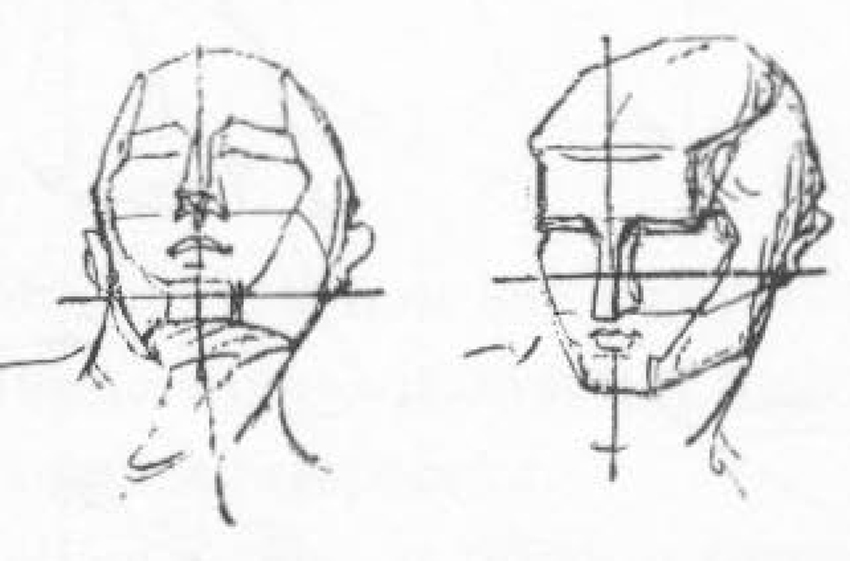