Have you ever wondered how to draw 3-dimensional letters that look like solid structures? Well then your answer is to use the laws of perspective. We will show you, in an easy way, how to draw 3d letters with one point perspective. Find out how to draw these neat letters now.

Perspective in general is very important. Perspective techniques helps you create depth into your art pieces, and in fact into any of your flat work (anything on paper). If you have no idea what perspective drawing is, you might want to take a look at our tutorials on the subject (this is just optional – as you will be able to follow this tutorial without knowing anything on the subject). 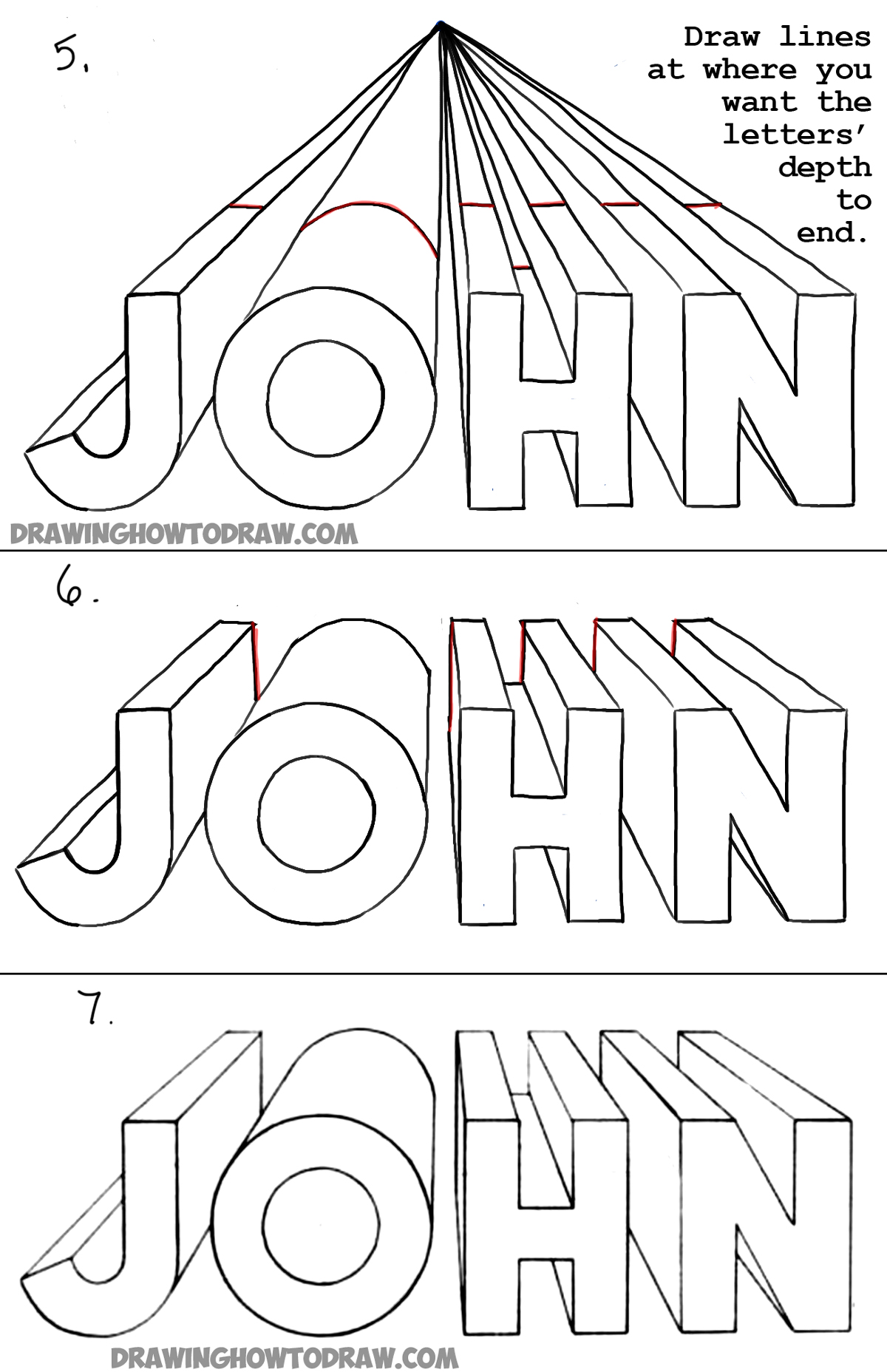 (Step 1) Start off by lightly drawing a word (as we will erase it later), in my case, I wrote out “JOHN”. Do whatever word you choose.

****Draw a dot for the vanishing point…it can be anywhere above the word. A vanishing point the point at which something that has been growing smaller or increasingly faint disappears altogether. So, for example, when you look down a street, with the sidewalks on both ends….eventually both sidewalks and the street look like they all converge together at the end. This would be the vanishing point. We use the vanishing point in perspective drawing to create the illusion of depth on a flat piece of paper.

(Step 3-4) Now draw lines from the letters to the vanishing point.

(Step 5) Choose how far you want each letter to go back, and then draw a horizontal line (or curved line in the case of the letter ‘o’) for each letter.

(Step 6) Draw a vertical line down from the depth you chose (As seen in the picture).

(Step 7) Your 3d letters are all done…I hope yours turned out amazing and cool!