Everything that is drawn realistically is drawing with the laws of perspective, even if the artist doesn’t realize that he or she is using them. Today we will tell you how to use perspective drawing techniques to draw more realistic human faces and heads. If you enjoy this, check out Drawing the Head and Hands, by Andrew Loomis, on Amazon. 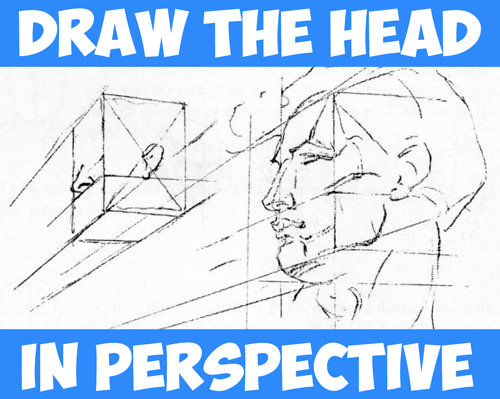 Perspective refers to the effect of distance upon the appearance of objects and planes. There are to be considered parallel perspective, angular perspective and oblique perspective. Parallel lines which do not retreat do not appear to converge. Retreating lines, whether they are above or below the eye, take a direction toward the level of the eye and meet at a point. This point is called the center of vision, and it is also the vanishing point in parallel perspective. In parallel perspective, all proportions, measurements and locations are made on the plane that faces you. So in drawing a square, a cube or a head, draw the nearest side first. 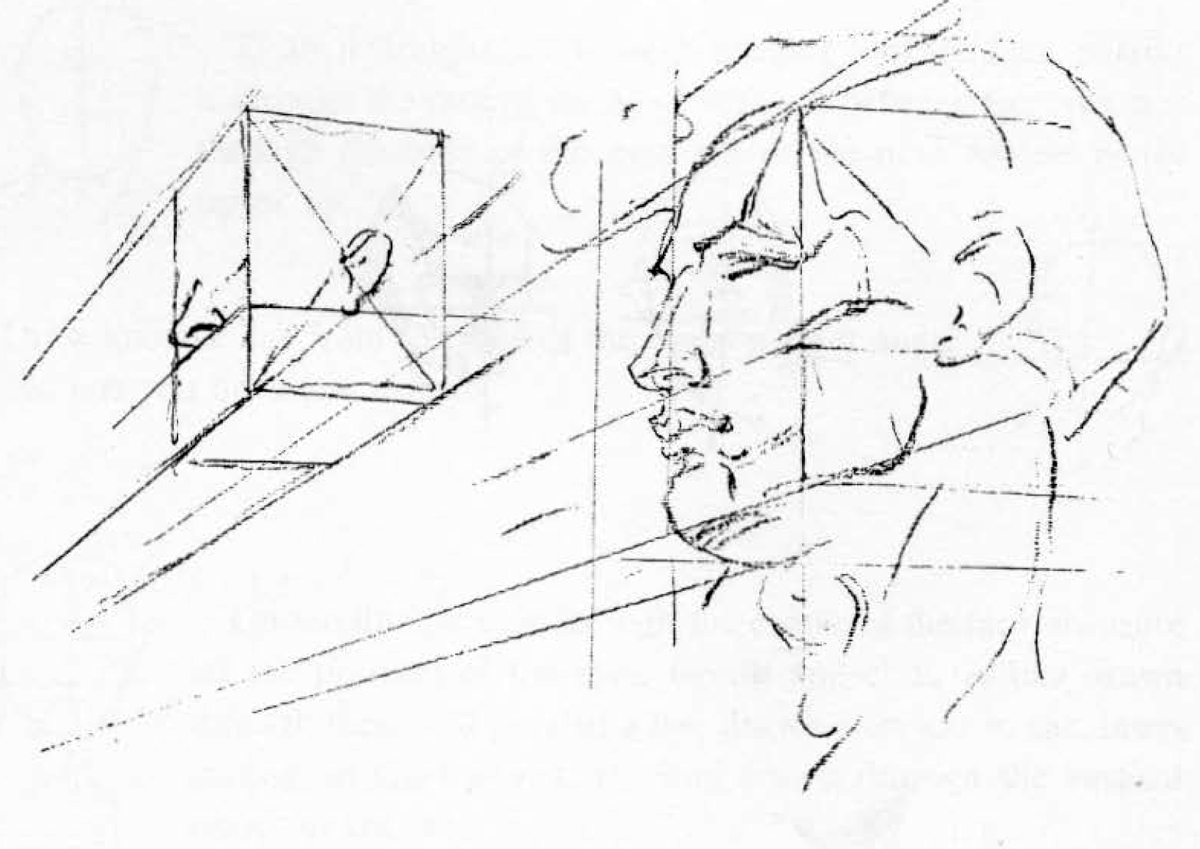 When an object, such as a cube, is tilted or turned from the horizontal it is said to be in the oblique perspective. 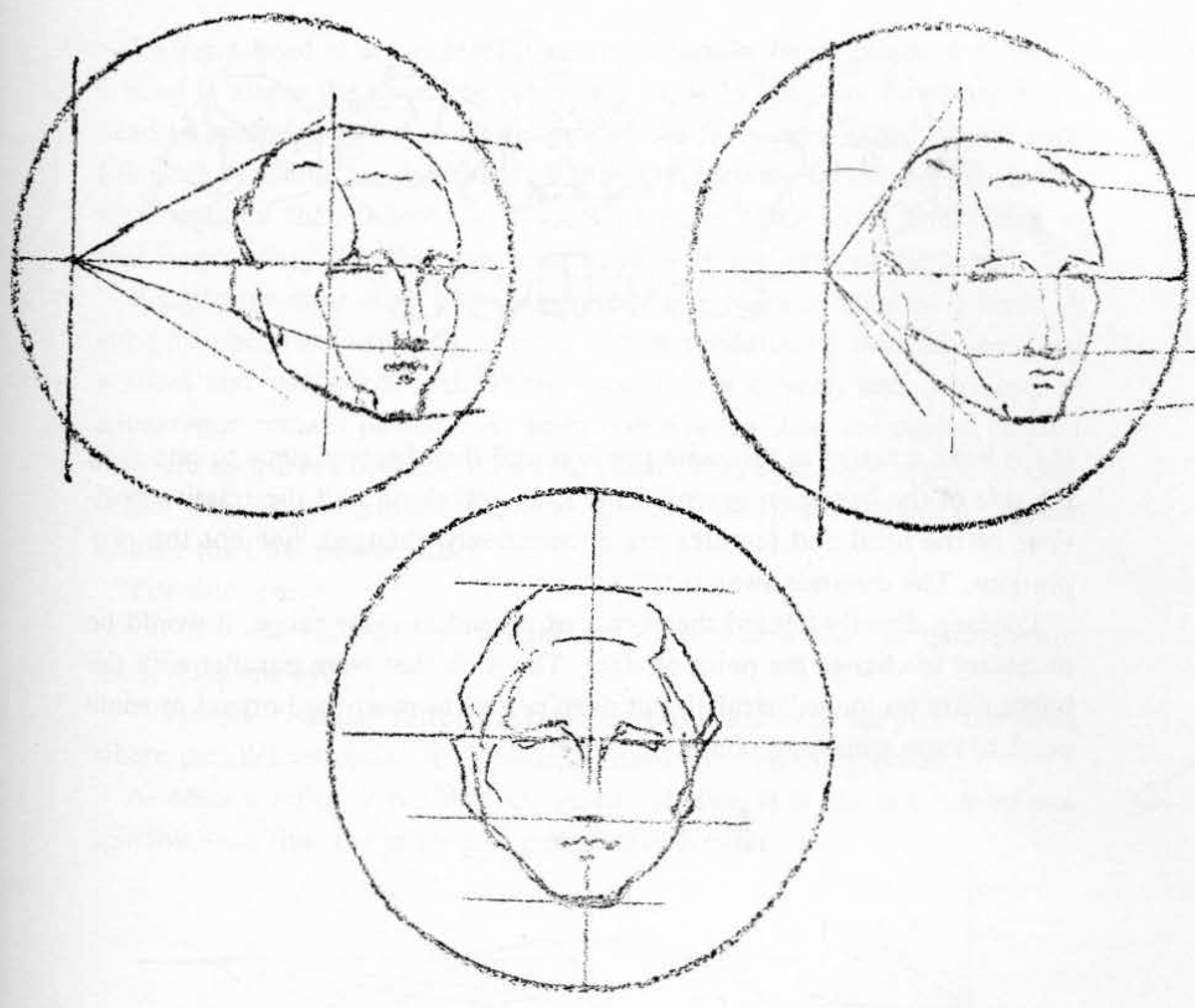 If the head remains in the same position and the observer steps to one side, the side of the head comes within the range of vision and the relative positions of the head and features are perspectively changed, but not the proportions. The distance away is the same.

Looking directly toward the corner of a head at close range, it would be necessary to change the point of sight. The lines that were parallel with the horizon are no longer parallel, but drop or rise to meet the horizon at some point to form vanishing points. 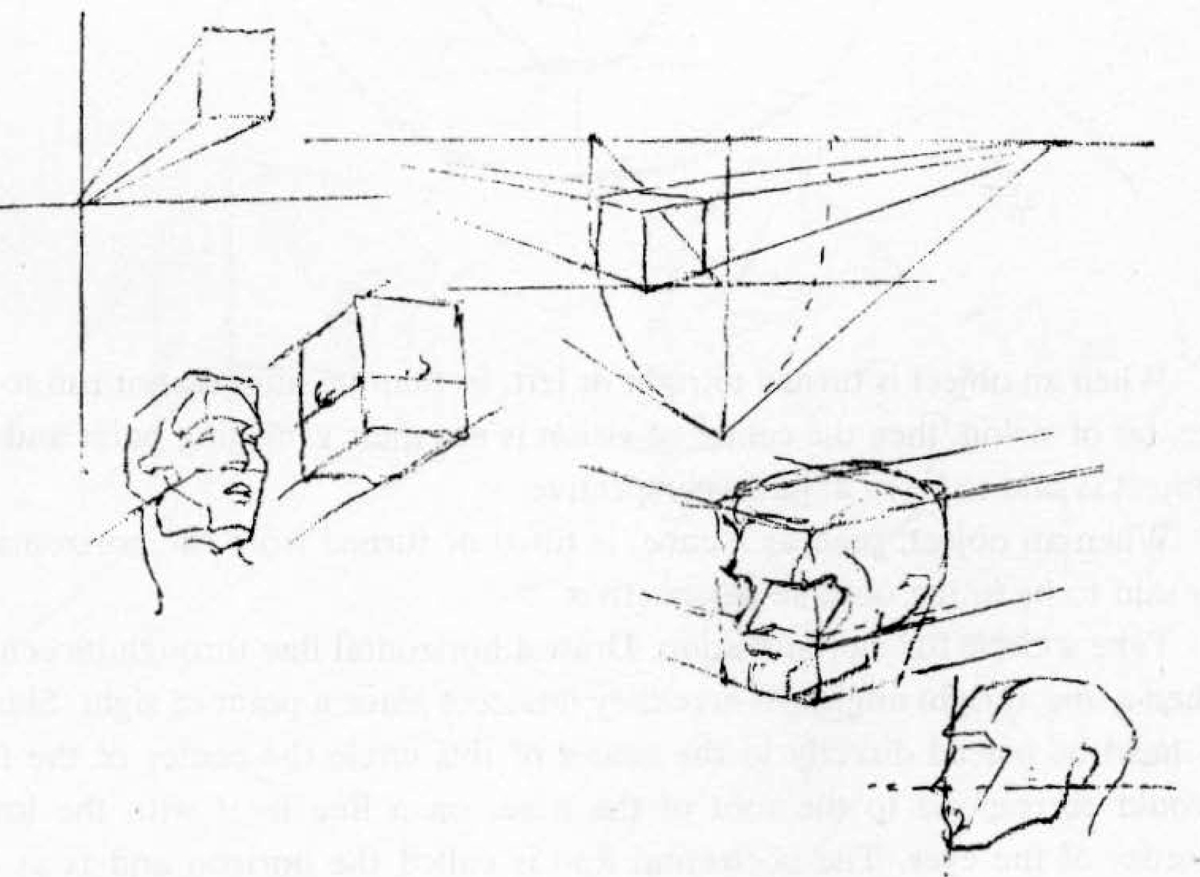 Unless a head is at eye level it must necessarily be in perspective. When a head is above the spectator, obviously he is looking up. Not only is the head in perspective, but every feature of the face; eyes, nose, mouth, ears. Like the barnacles on the hull of a ship, the features follow the lift. In the same manner they follow the upward trend, or its reverse. Everything to that is secondary. The features must travel with the mass of the head.

Perspective must have some concrete shape, form or mass as a basis. A cube or a head seen directly in front will be bordered by parallel lines; two vertical and two horizontal. These lines do not retreat, and therefore, in appearance remain parallel. As soon however, as they are placed so that they are seen from beneath, on top or from either side, they appear to converge. This convergence causes the further side of the object to appear smaller than the nearer side. 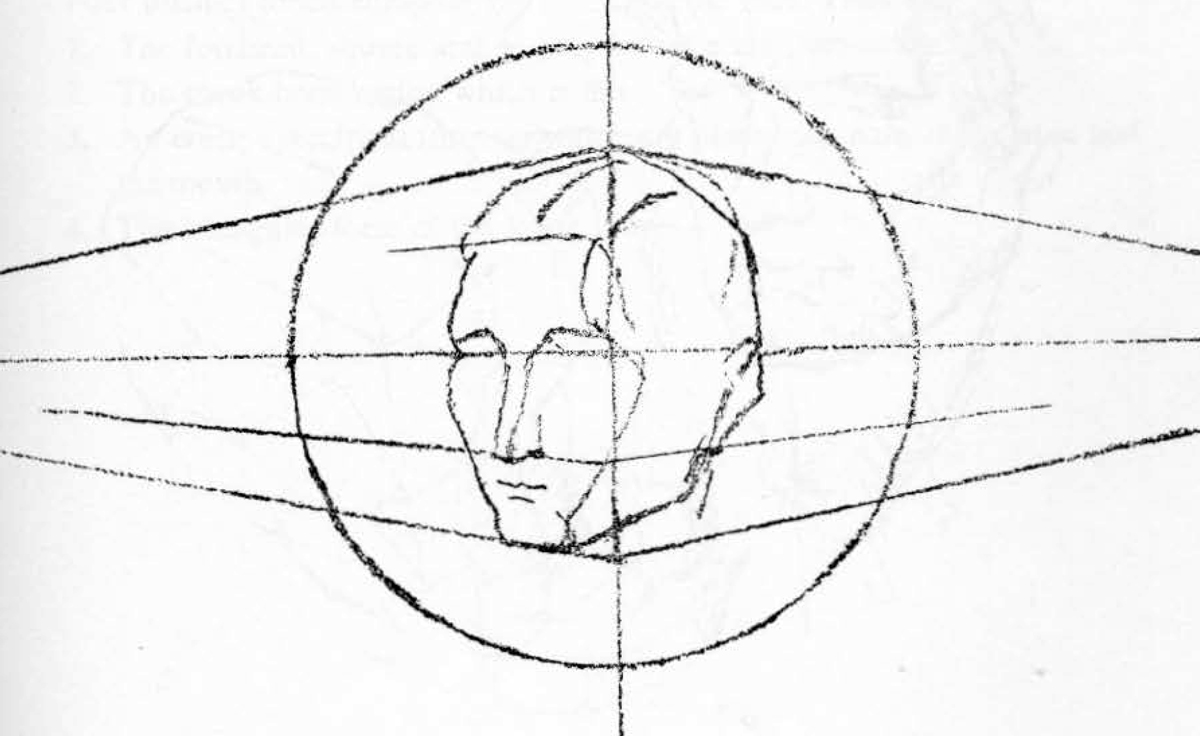 First-Retreating Lines whether above or below the eye tend toward
the level of the eye. 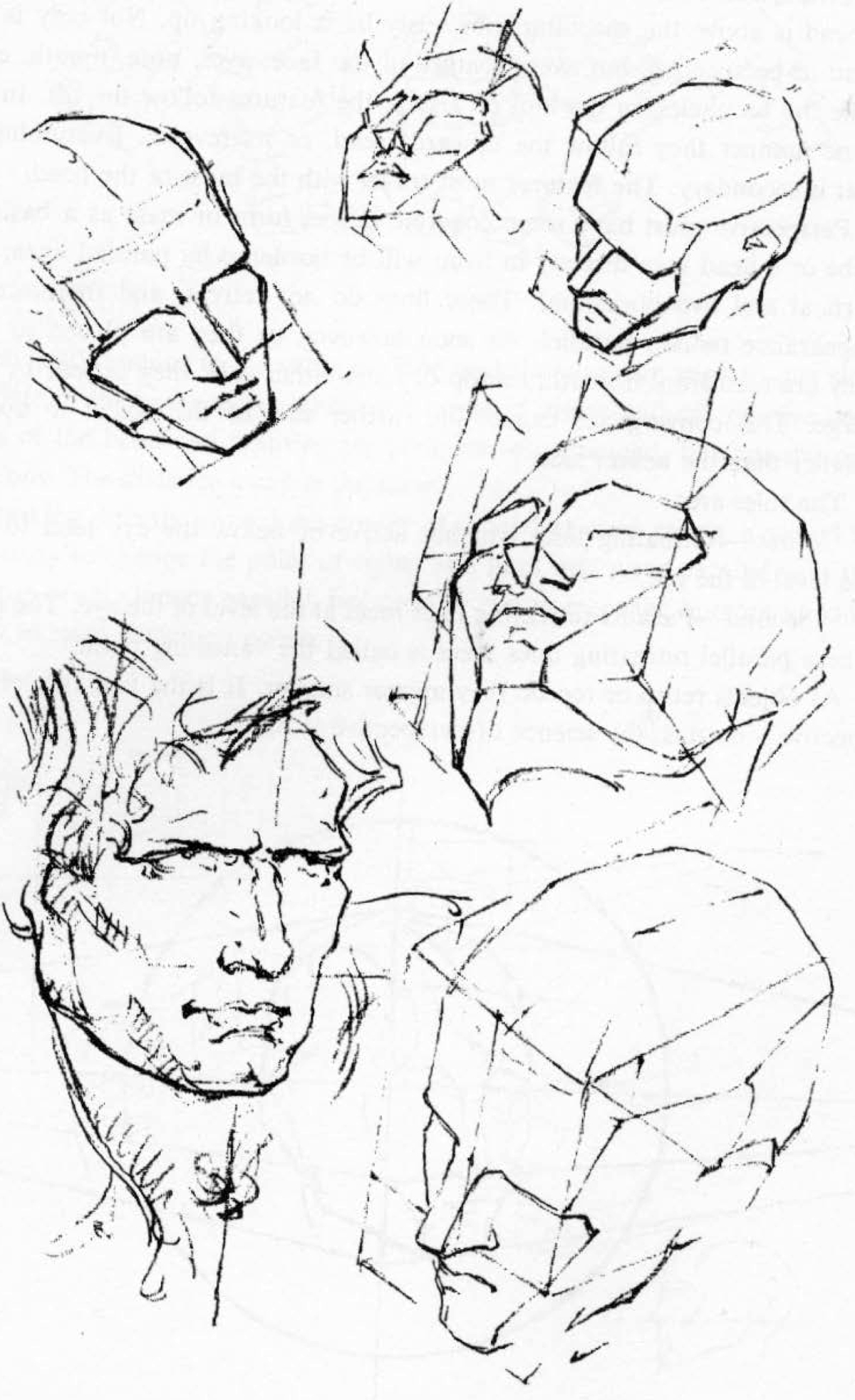