Learn how to draw a person’s chest and torso with the following drawing lesson. This tutorial will guide you through the process that artists use to draw the male and female torso. This is a segment of a book by Jack Hamm, called Drawing The Human Head and Figure. If you like this clip, please check it out on Amazon. 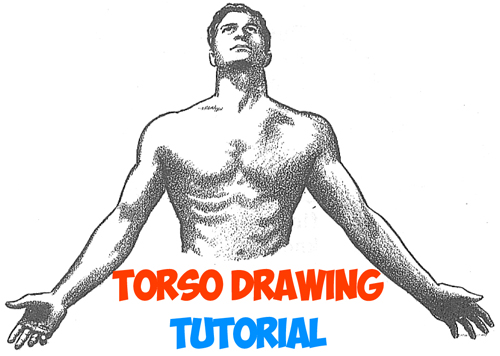 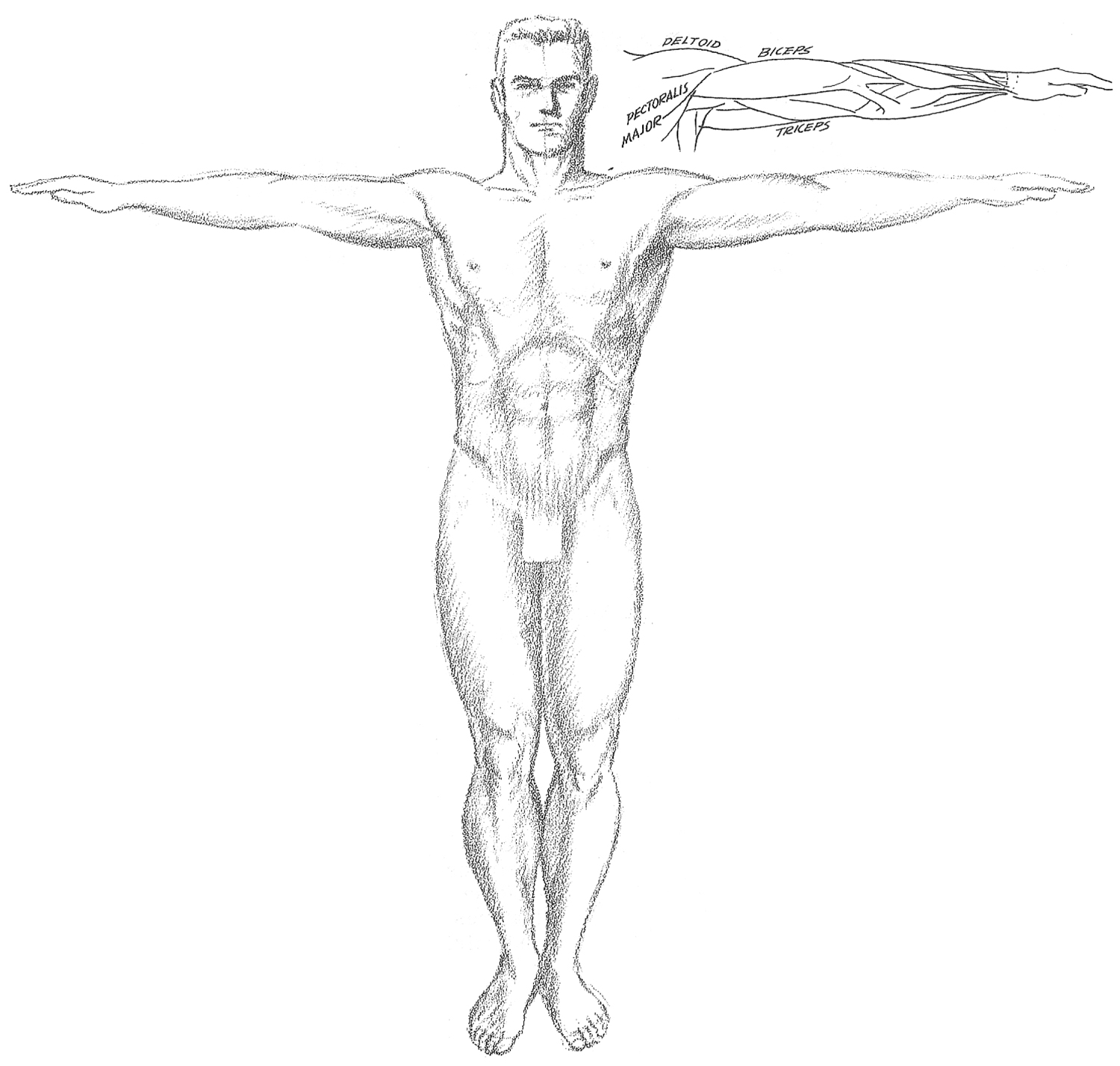 The appendages don’t just stick on to the trunk but are “grafted” by bone and muscle combinations. First, notice the two standby trapezoid shapes for the chest and hips which will receive the arms and legs. Secondly, see how the rib-cage and pelvis (dotted) fit inside. Next, follow the grooves (arrows) rolling off the lifted arms, under
the shoulders and into the chest. Thus, the top shoulder muscle (deltoid), the chest muscle (pectoralis major) and the stomach muscle (rectus abdominis) are defined like a large wedge. 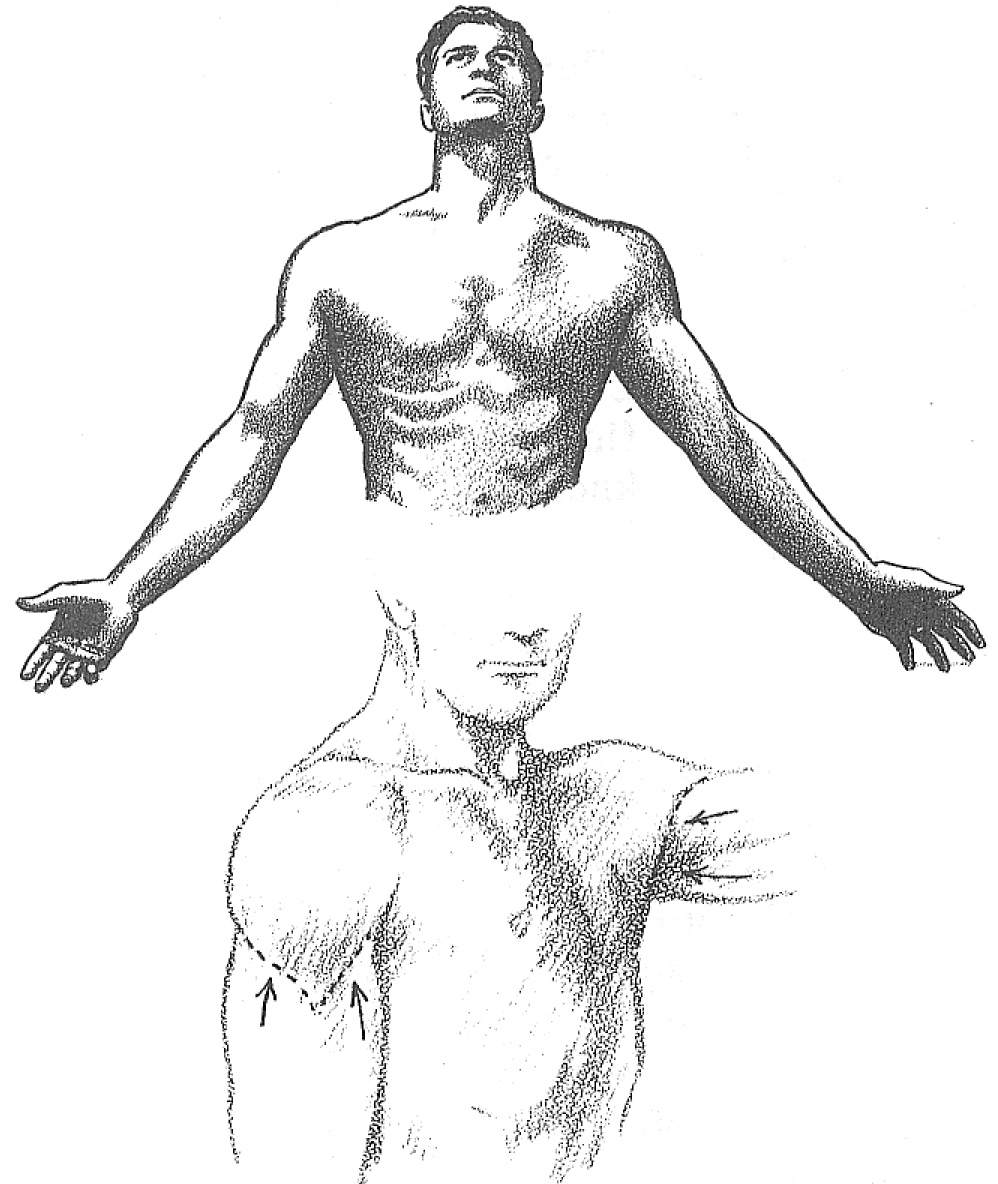 All of this is discernible on the surface of the completed figure. In passing observe the neck width as being similar to that of the stomach muscles. Even though the bottom trapezoid can be envisioned helpfully, actually the big front leg muscles attach to the pelvic bone inside, leaving a groove rolling in toward the crotch. Compare this with the arrowed lines described on the front of the chest.

Bone and Muscles in the Chest 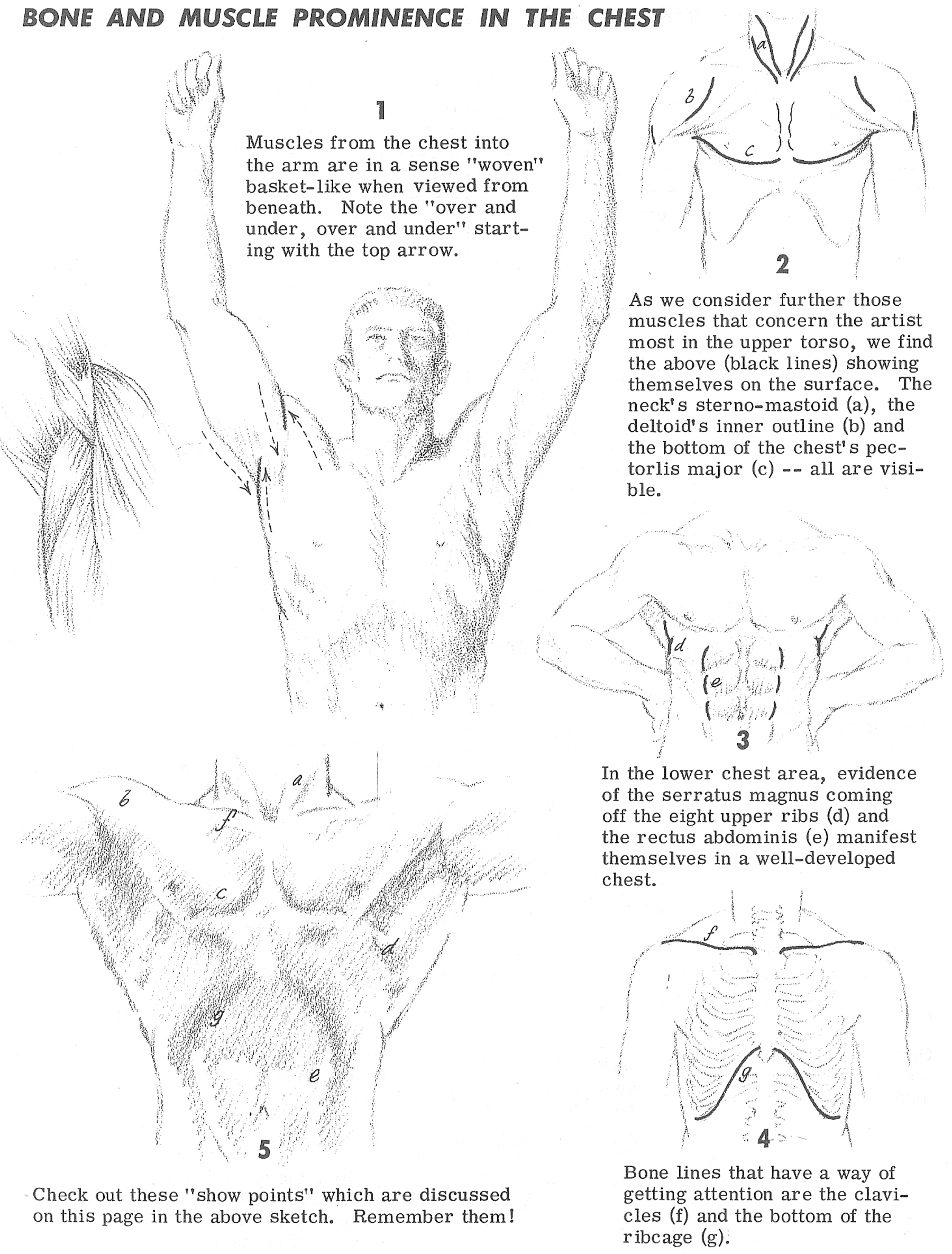 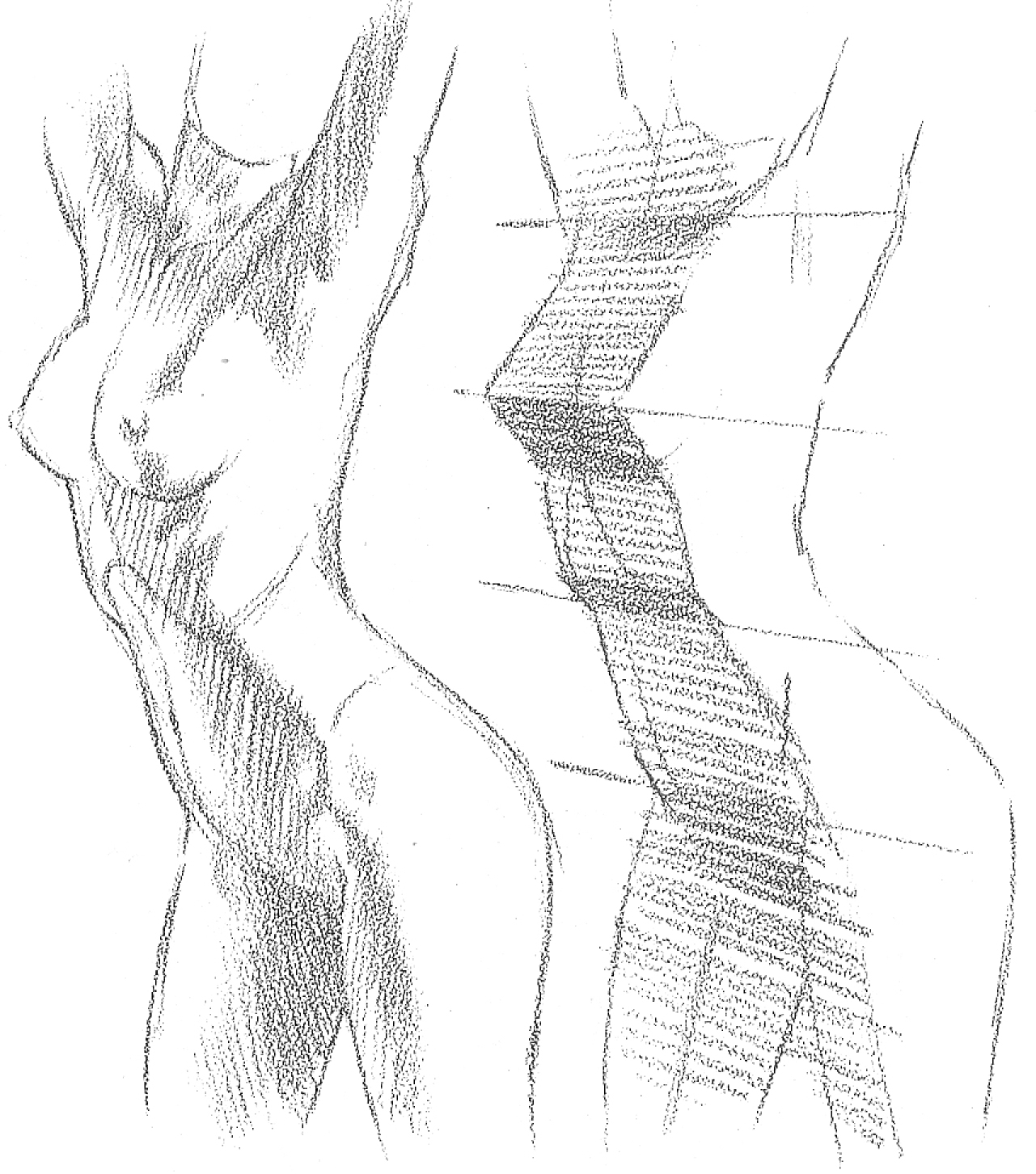 The third dimension of depth in the human figure is best acquired by depicting the existing planes. These planes are not flat with sharp edges, but they are figured to be that part of the anatomy which is mostly front, or
side, or back, or top or bottom. Light and shadow are essential, but these are in no short supply. At left the source of light is mainly from above; hence, the sectional forms are seen to “turn under” in shadow. At right notice the “edge” running midway up and down through the figure. This is a result of strong backlight with noticeable reflected light in front. Even though no actual edge occurs, there is a change in shape caught by the
shadow. Therefore, we know we are dealing with subdivisions in the figure which are third dimensional.  Changes of plane indicate solidity. 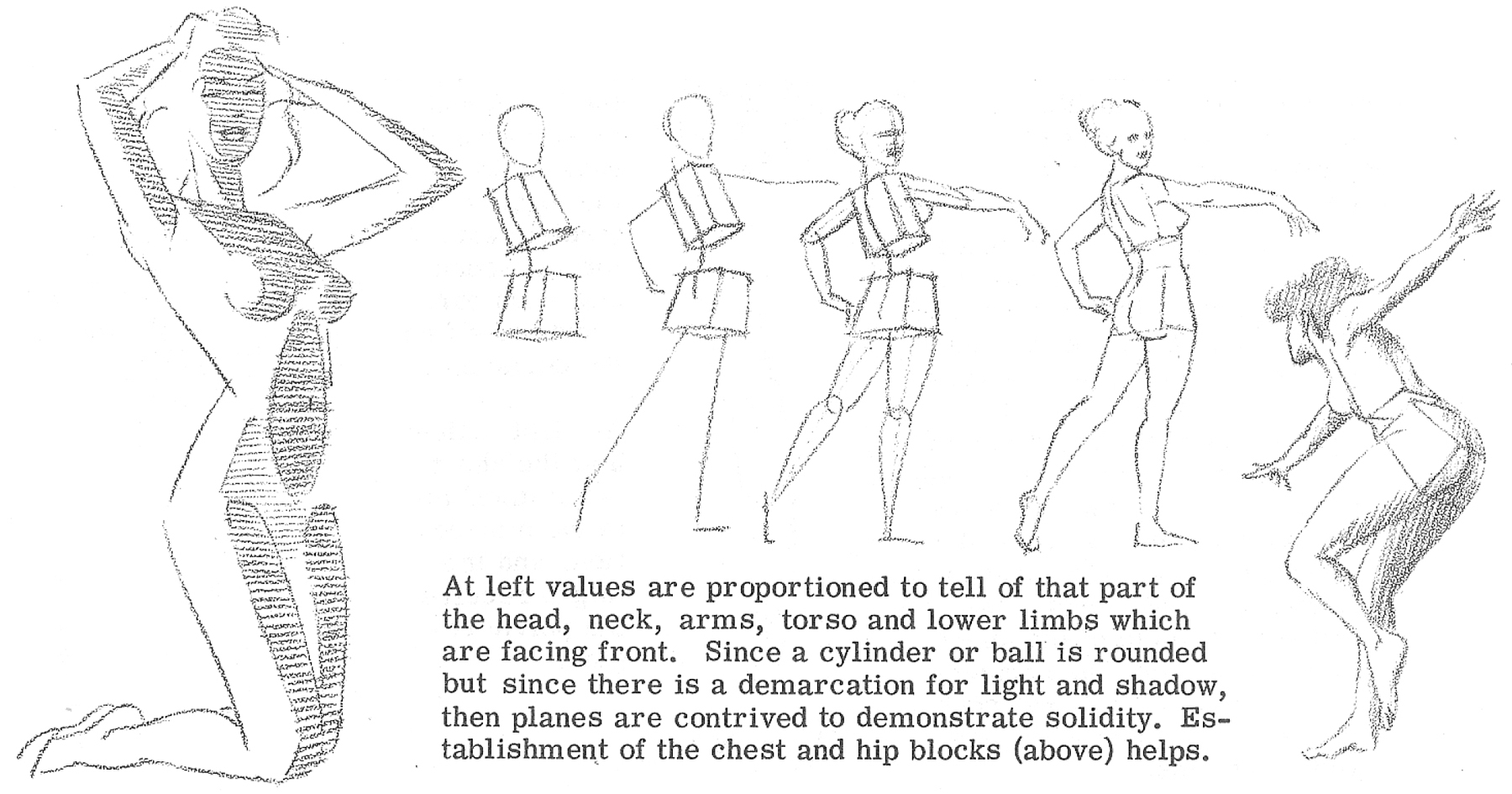 At left, values are proportioned to tell of that part of the head, neck, arms, torso and lower limbs which are facing front. Since a cylinder or ball is rounded, but since there is a demarcation for light and shadow, then planes are contrived to demonstrate solidity. Establishment of the chest and hip blocks (above) helps. 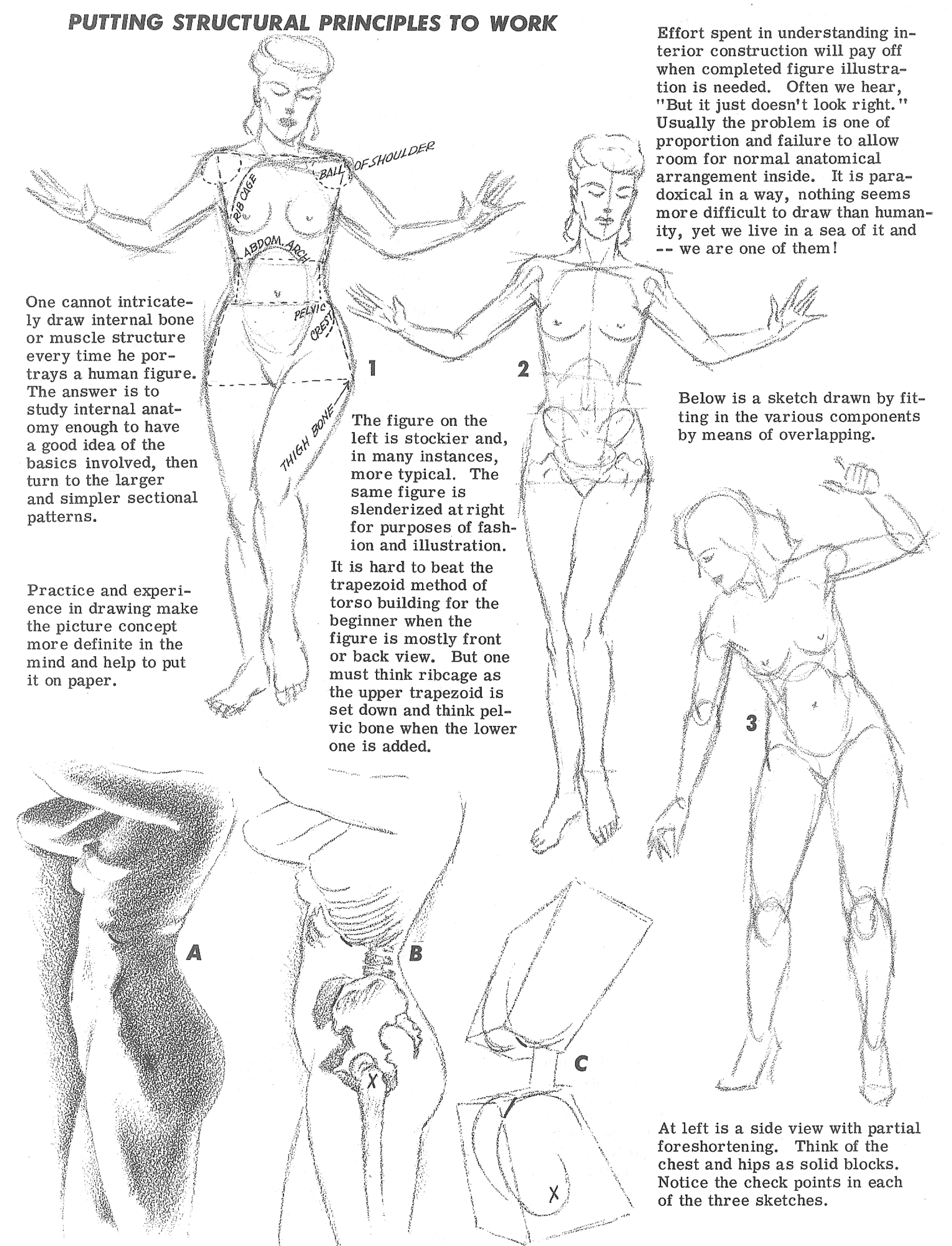