Here is a brief tutorial on drawing different facial expressions, as well as shortly discussing how the head moves during different emotional outbursts.

How to Draw Cartoon Facial Expressions and Head Gestures 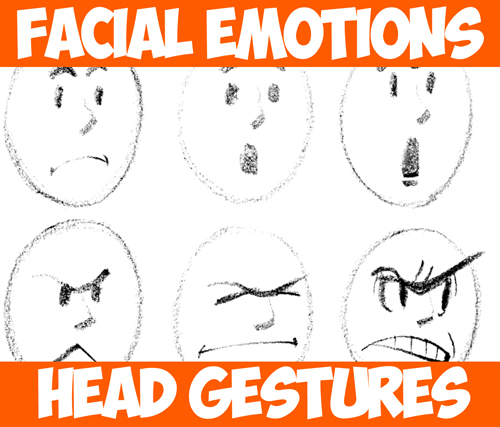 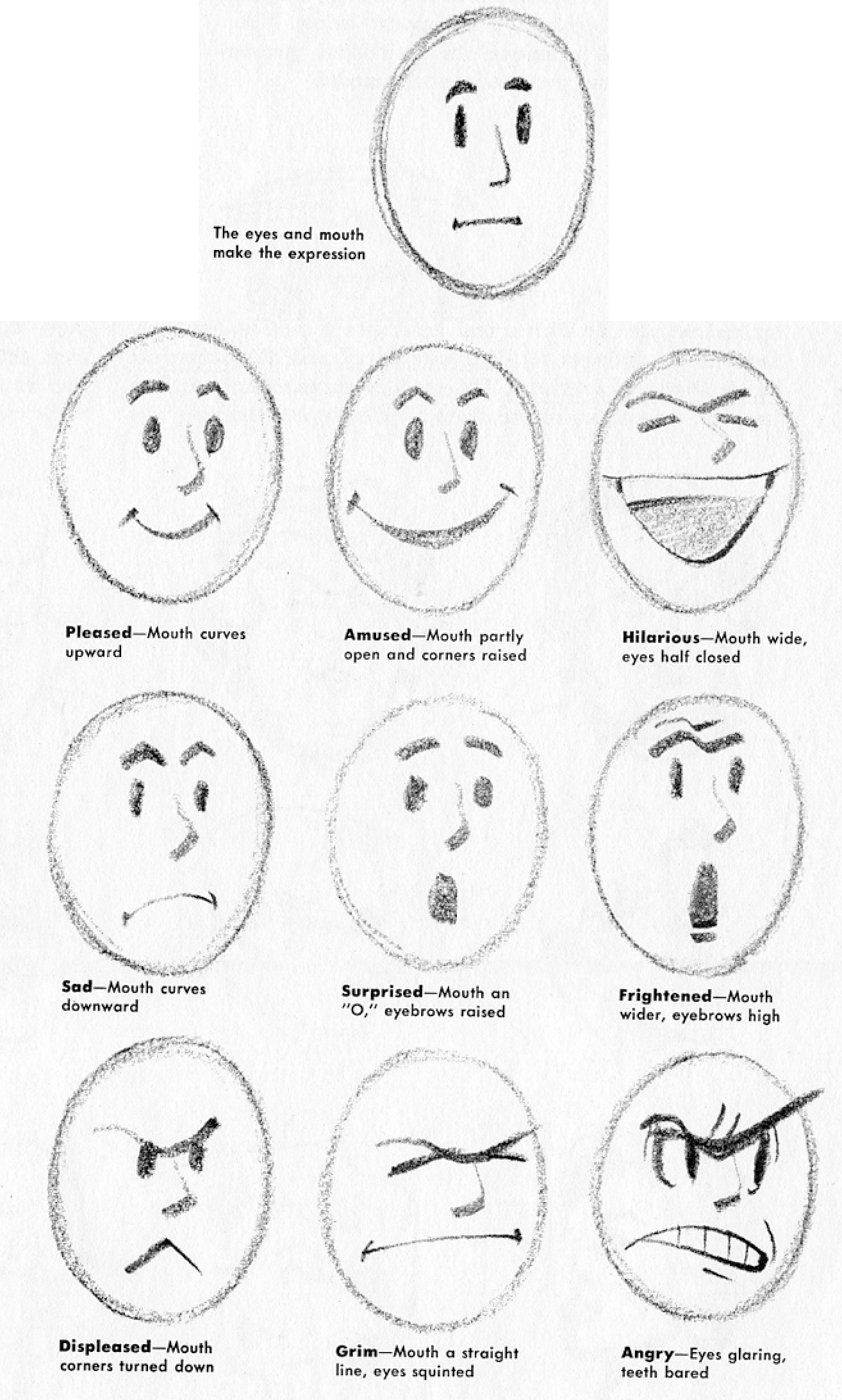 If a cartoon character is to be animated and interesting to the reader, it must express exactly the right emotion.
Later in the Course we will show you how the whole figure can be used to express emotions, but, for now, we are
concerned with the head and face. Joy, sorrow, anger, and other moods are shown mostly in the face and you
should learn all you can about how to draw them. A good way to begin is to study the faces of the people
around you, and the different moods they express. Also, set up a mirror and study -your own features as you register various emotions. See what happens to eyes, eyebrows, mouth corners, etc., and practice drawing what you see.

A good cartoonist doesn’t just think of his character’s expressions and emotions- he feels them. This is what
gives his characters conviction. Watch even the most experienced cartoonist at work and you will note that when he draws an unusual expression on the face of a character, his own face unconsciously assumes that expression. 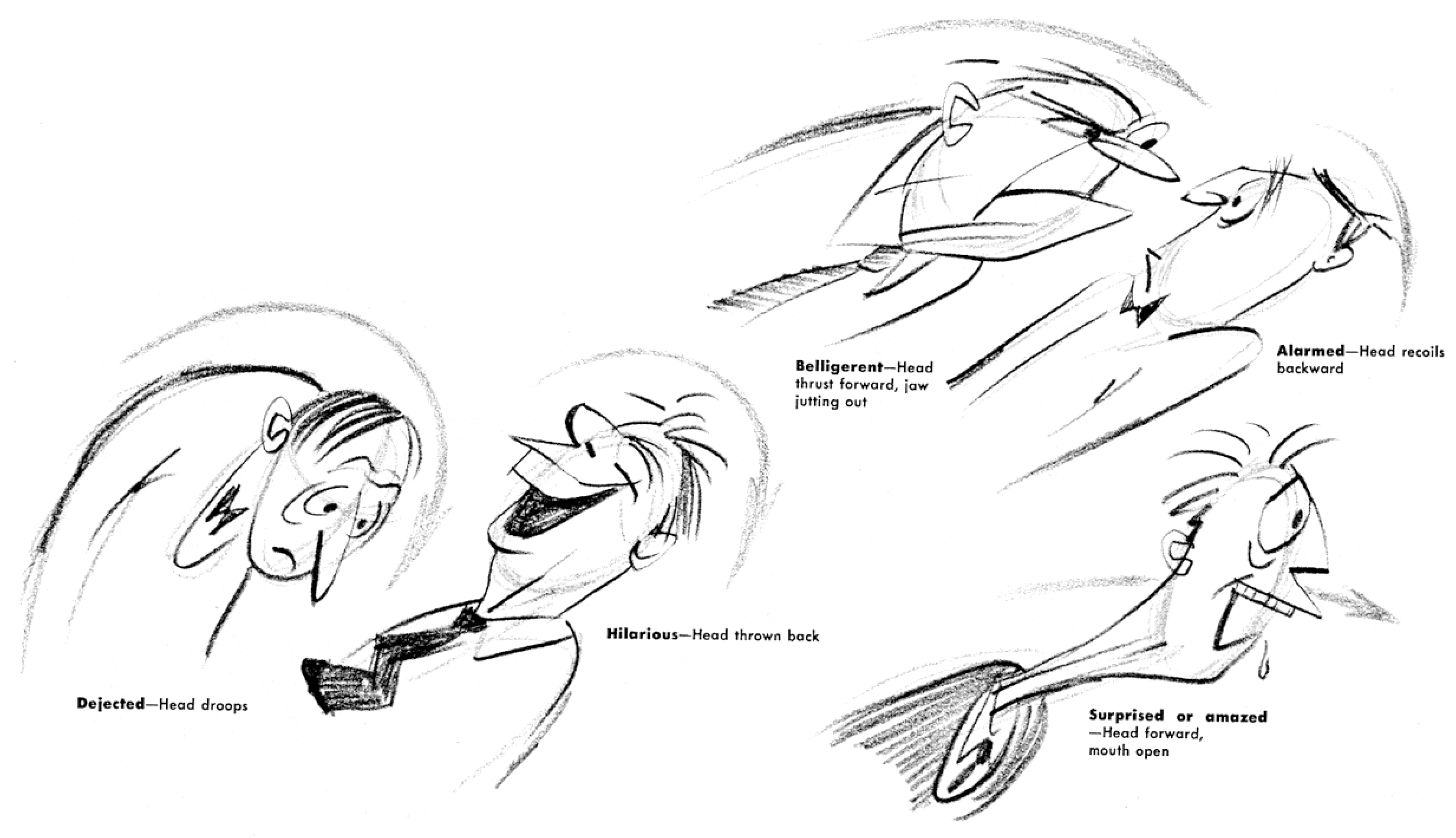 Give the facial expression more punch and drama by drawing the head in an attitude or gesture that matches
the emotion expressed by the features. Again, stand in front of a mirror and try out some of the basic expressions. Note how naturally the head takes a position that corresponds to the expression. When you laugh, the head goes back. When you look dejected, it goes down. For nearly every facial expression there is a head gesture. Practice these gestures and apply them in your work.