Today I will show you how to draw Blastoise from Pokemon and Pokemon Go. This is one one of the more difficult Pokemon characters to draw, but we have broken it down into easy-to-follow steps using basic geometric shapes, letters, and numbers. Happy Drawing! 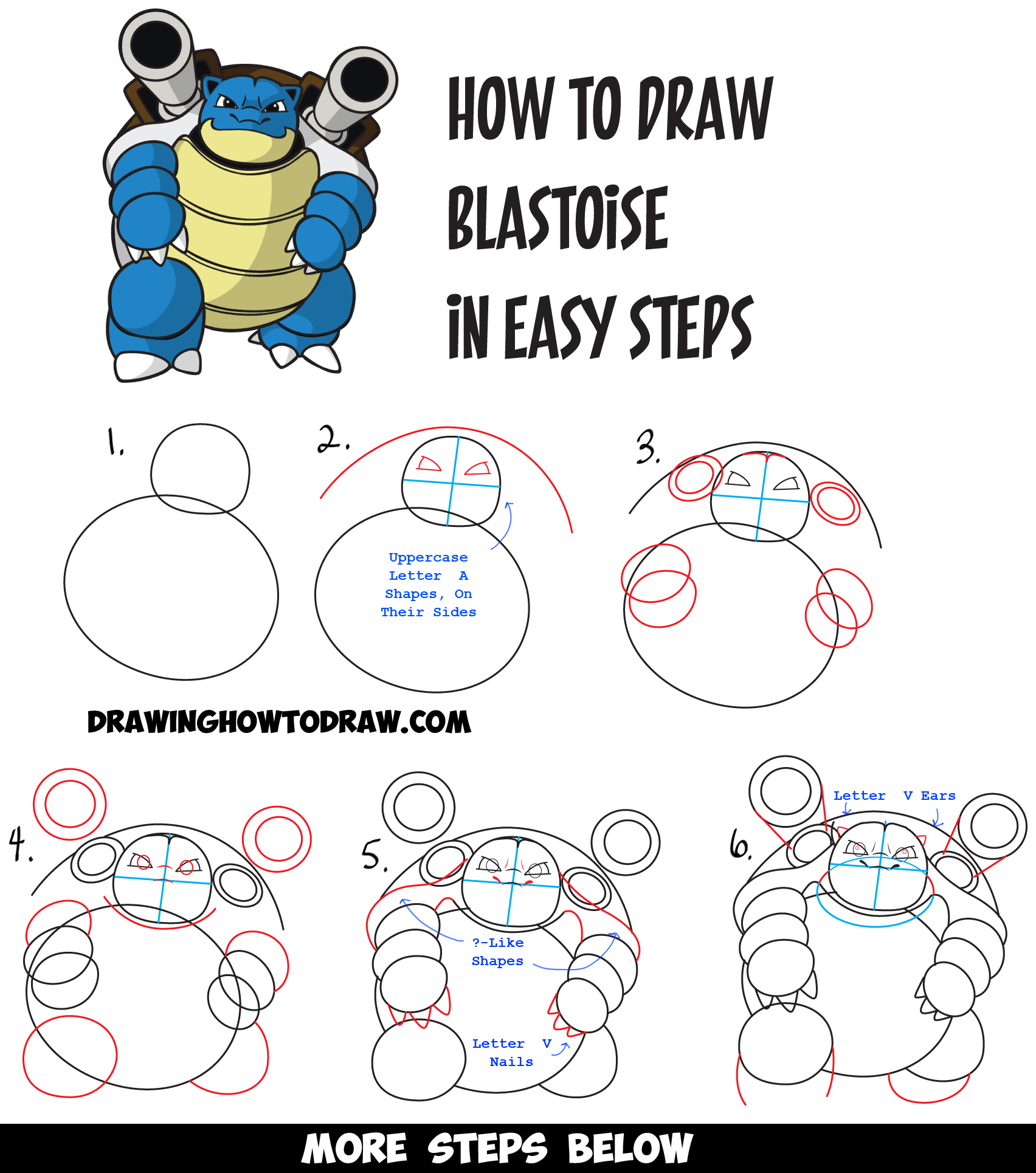 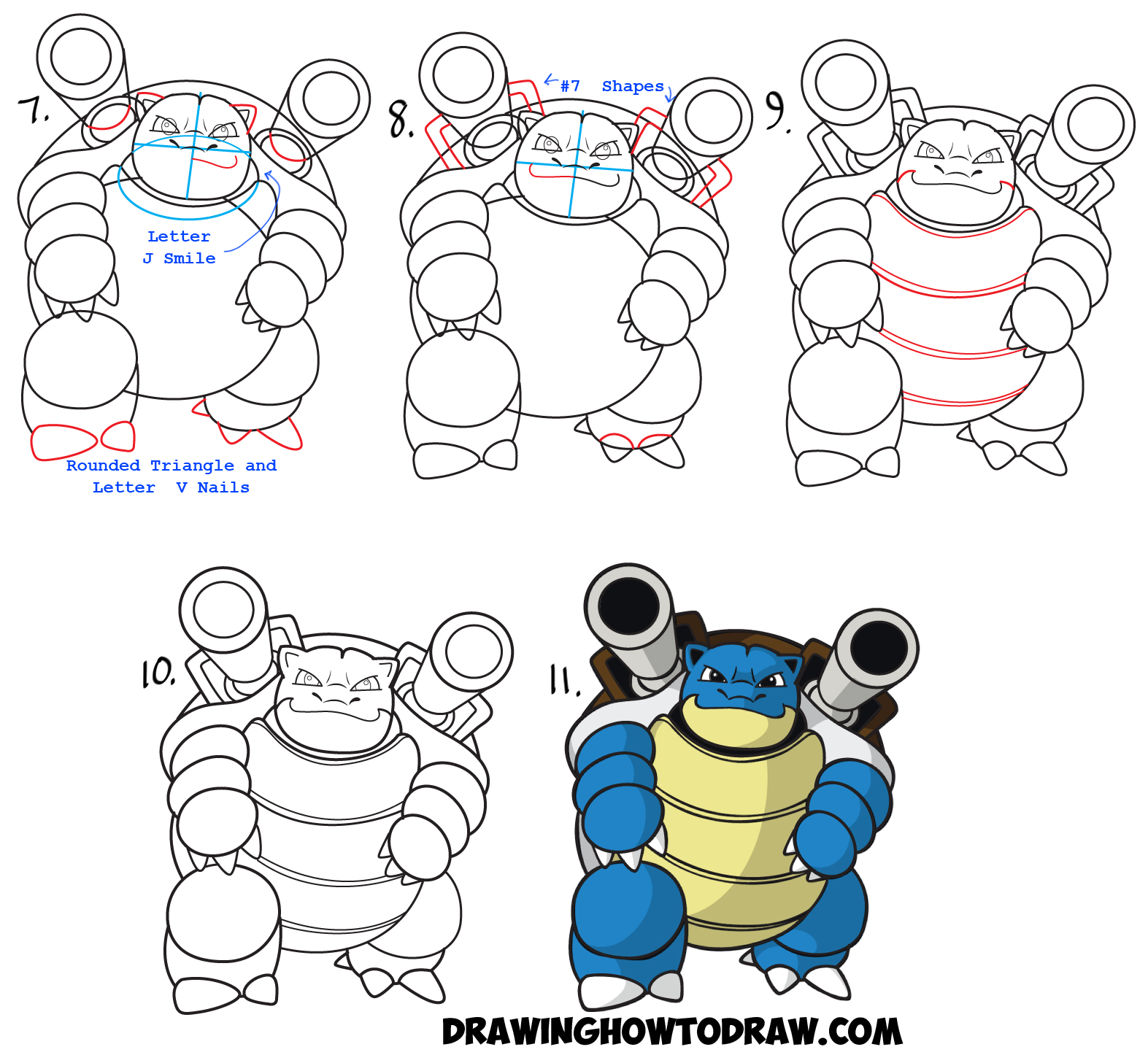 (Step 2) Draw sideways uppercase letter ‘A’-like shapes, as I did. Lightly draw guidelines thru the face (we will erase these lines later). Draw a curved line over the head.

(Step 6) Connect the circles with lines for cannons. Draw an oval, lightly, for neck…only parts of it will stay, the parts I drew in blue will be erased. Draw an oval in each eye again. Draw letter ‘v’ shaped ears. Draw 2 curved lines on left leg and a sideways letter ‘c’ shape on right leg.

(Step 7) Draw a curved line on each cannon. Draw a letter ‘v’ shape for each ear. Draw a sideways letter ‘j’ shape for part of the smile. Draw curved triangles for nails on left foot and letter ‘v’-like shapes for the nails on right foot.

(Step 8) Draw #7-like shapes on cannons. Draw another sideways letter ‘j’-like shape on smile. Draw curved lines on the nails of the right foot.

(Step 10) Blastoise is finished…erase any lines that aren’t needed any more on the line drawing.

(Step 11) Color in Blastoise if you have the time.

I hope you enjoyed this tutorial…come back for more soon.