Today I will show you a cool drawing trick – turn the word “Halloween” into a cute cartoon Halloween Trick-or-Treating scene. You will amaze your friend and family by showing them how you can draw this from the word “Halloween”. Every step is really simple, using basic geometric shapes, letters, and numbers to draw the picture. Even younger kids can draw this. Happy Drawing! 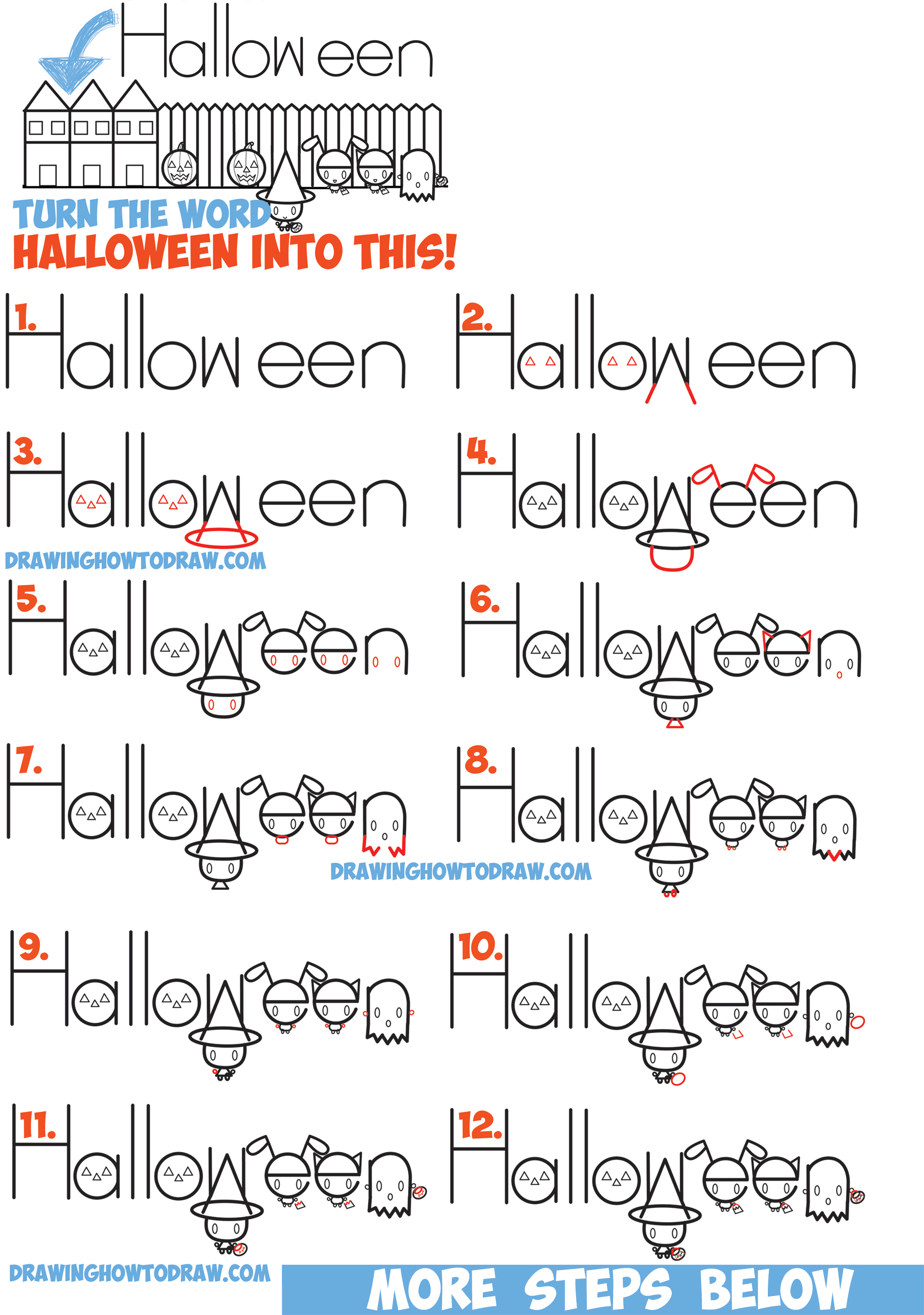 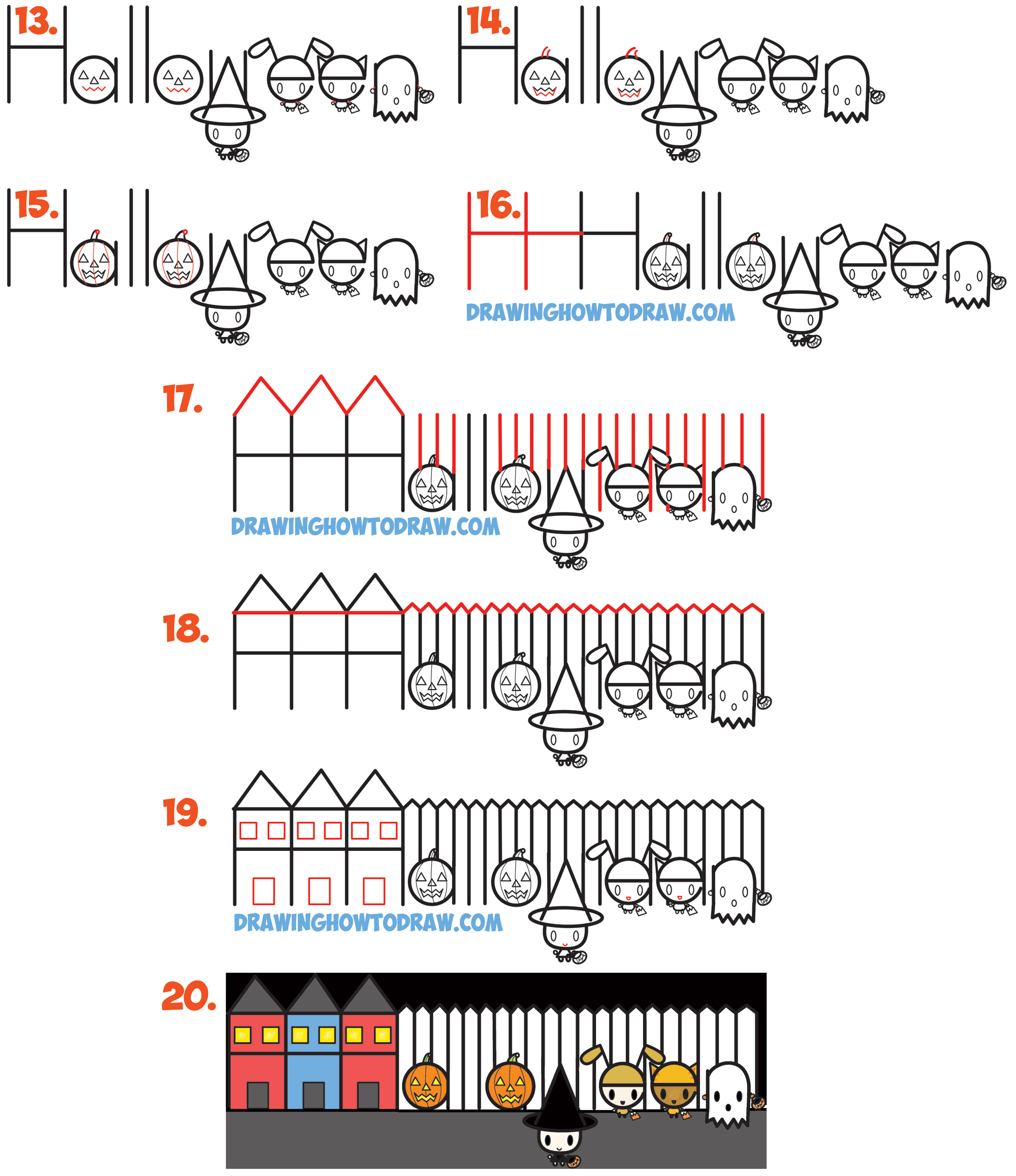 (Step 1) Write out the word “Halloween”.

(Step 2) Draw two triangles in the letter ‘a’ and the letter ‘o’. These are both jack-o-lanterns. Draw diagonal lines down on the letter ‘w’ … this will be the witch’s hat (she is a trick-or-treater, she isn’t really a witch).

(Step 3) Draw a triangle nose in each jack-o-lantern. Draw an oval around the brim of the hat. Sorry that I forgot to de-highlight step #2 before adding it to step #3.

(Step 4) Draw two letter ‘P’ shapes to the first letter ‘e’…this is a trick-or-treater dressed up like a doggy. Draw a sideways letter ‘c’ shape to the witch…for her face.

(Step 5) Draw a bunch of ovals for the eyes of all the trick-or-treaters.

(Step 11) Draw an oval and triangles on the ghost’s and witch’s bags (these are jack-o-lantern bags. Draw a letter ‘w’ shape at the top of the letter ‘e’ trick-or-treater’s bags.

(Step 13) Draw zig-zags on the pumpkins for their mouths. Draw lines on the kids hands for arms.

(Step 14) Draw another zig-zag on each pumpkin to finish off their mouths. Draw curved lines for the pumpkins’ stems.

(Step 15) Draw curved lines on the pumpkins and also an oval on each stem.

(Step 16) Draw another letter ‘H’ shape to the left of the first one — but draw it further away and then connect it with a line…all together these will be 3 row houses.

(Step 18) Draw lines for the fence posts. The letter ‘l’ shapes from the word “Halloween” are also post fence lines. Also the 2 lines on the letter ‘w’ are also fence lines…so try to match them all up.

(Step 18) Draw a line for the roof. Draw zig-zags across the fence posts.

(Step 19) Draw rectangles in the house. Draw sideways letter ‘D’ shapes on the letter ‘e’ trick-or-treaters for mouths. Draw a curved line for the witch’s mouth.

(Step 20) You can color it in any color that you want. I hope that you had as much fun as I did thinking this up. Happy Halloween!