Today I’ll show you how to draw a cartoon Pilgrim and a cartoon Turkey from the word “Pilgrim”. This is an easy word cartoon / toon in which you start out with the word “Pilgrim”, and add easy lines, numbers, and letters to eventually get a cute turkey and pilgrim. Have fun – this drawing lesson is great for kids of all ages during Thanksgiving break. 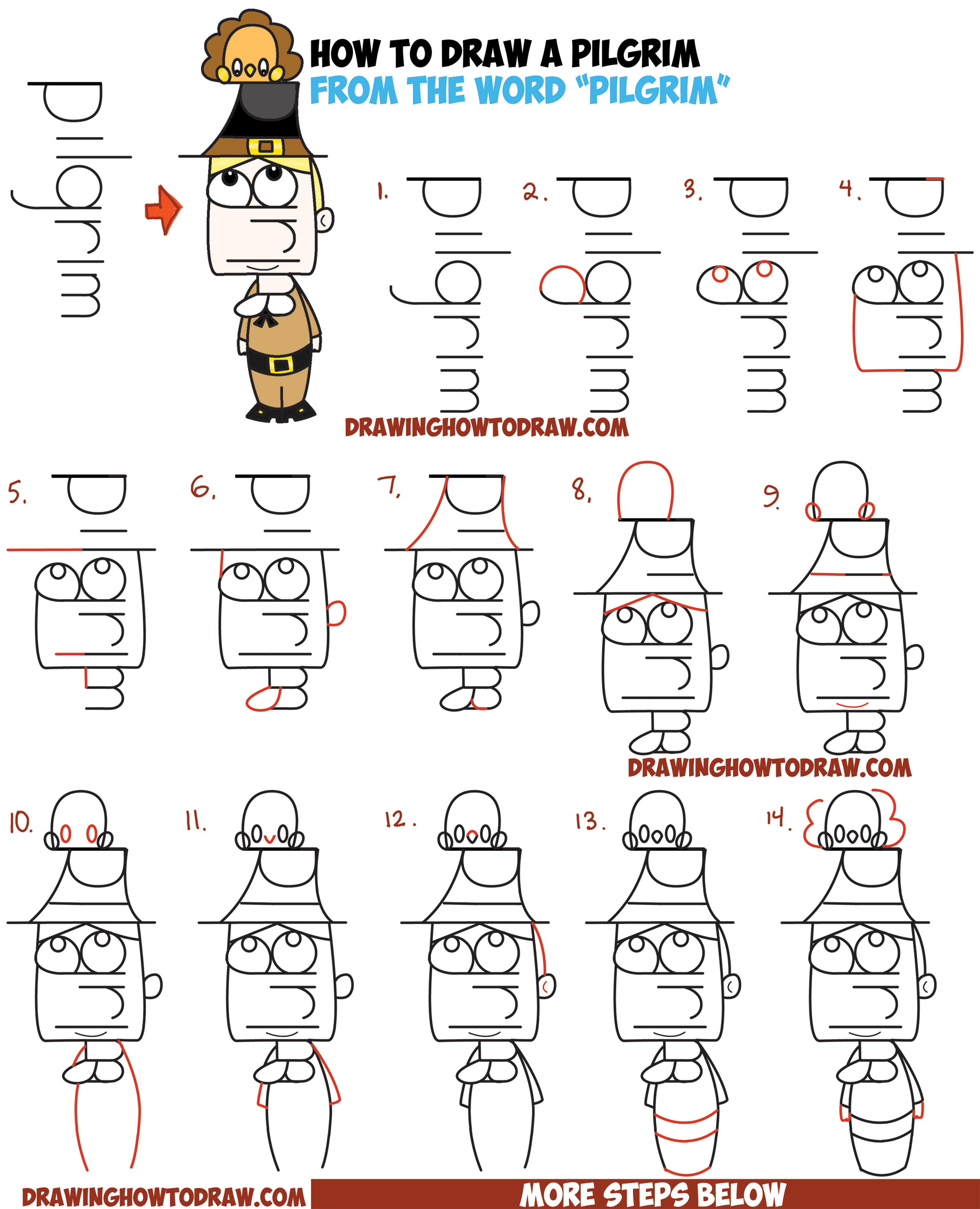 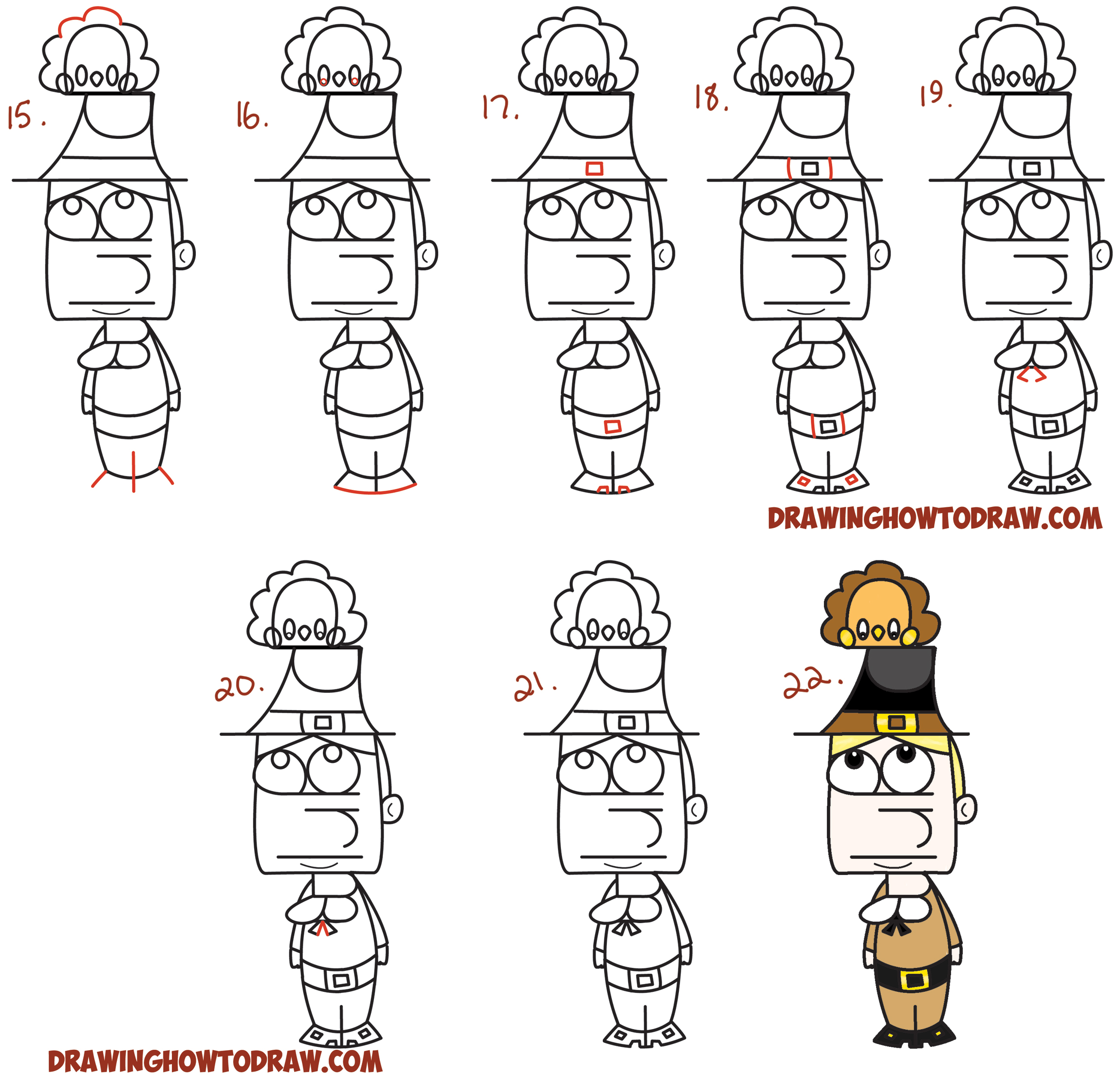 (Step 1) Write out the word “Pilgrim” and then turn the page so it is now on its side.

(Step 3) Draw a circle in each eye (the letter ‘g’ shape is where the eyes are.

(Step 9) Draw a line across the hat…a curved line under the ‘l’ for the bottom lip. Draw 2 ovals for the turkey’s feet.

(Step 10) Draw an oval for each of the turkey’s eyes. Draw curved lines for the body of the pilgrim.

(Step 14) Draw #3 shapes on the turkey and for the pilgrim’s hands.

(Step 16) Draw a circle in each of the turkey’s eyes. Draw a curved line on the bottom of the pilgrim’s shoes.

(Step 18) Draw some lines and rectangles.

(Step 22) Color the pilgrim and turkey in. Have a Happy Thanksgiving!