Today I will show you how to draw these cool 3-dimensional letters that seem to be going around, under, and over notebook paper. This is a cool and fun doodling idea for when you are bored. The following simple step by step drawing instructions / lesson will guide you through the steps of drawing these cool letters. Have fun!

How to Draw Cool 3D Letters Wrapped Around, Over, and Under Notebook Paper Lines – Easy Steps Drawing Tutorial for Kids 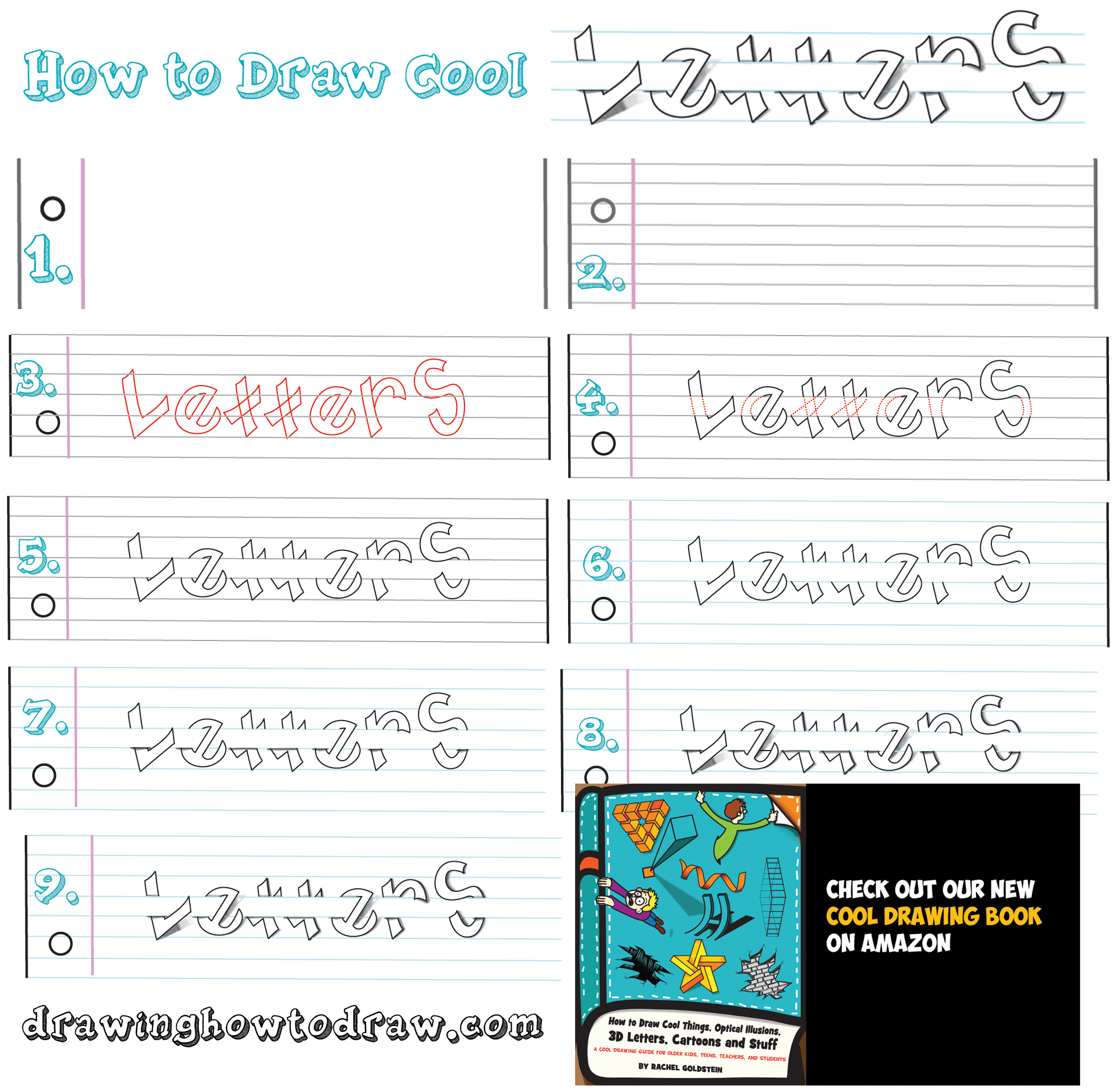 (Step 1) Draw a circle and a pink vertical line.

(Step 2) Lightly draw horizontal pencil lines (don’t make these lines blue yet as we will need to erase parts of these lines later.

(Step 3) Sketch out some letters that are on a slight angle.

(Step 4) Erase where I have made red dotted lines.

(Step 5) This is what your letters should look like now.

(Step 7) Draw some shading under the one line in the center…this is where the paper is pushed up a bit for the letters to slide under.

(Step 8) Draw some shadows on the right side of the letters.

(Step 9) Draw some shadow on top of the center line as well.