Today I’ll show you how to draw a cartoon character / lady from symbols, letters, and numbers that you would find on the keyboard. It is a very simple drawing tutorial and it is fun to make a cartoon character out of already learned shapes. Have fun and Happy Drawing! 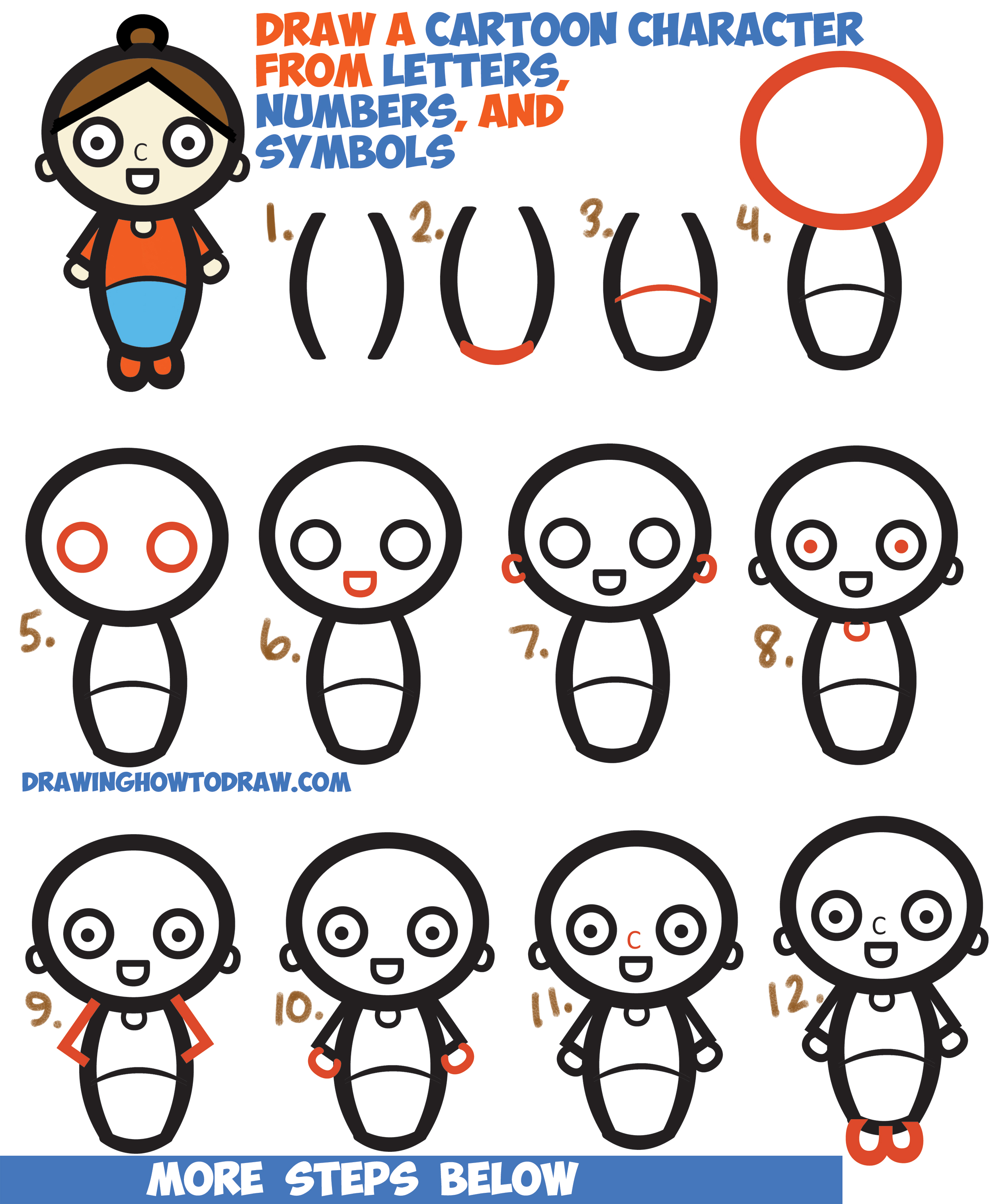 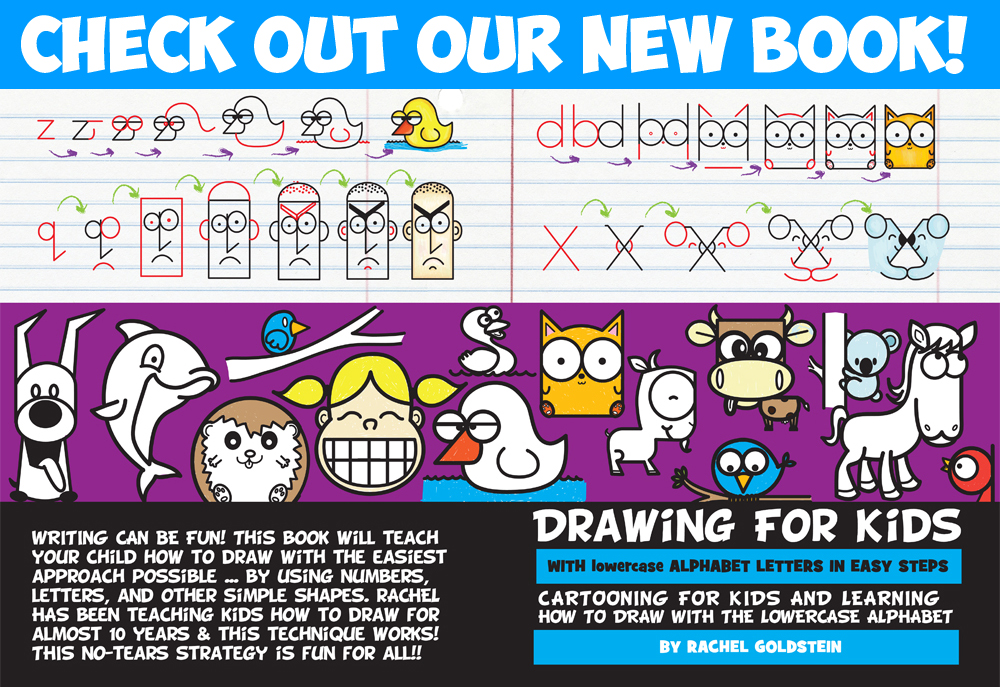 (Step 8) Draw a sideways letter “C” shape for the collar. Draw letter “O” shapes in the eyes and color them in.

(Step 15) This is what it looks like after you color her in.