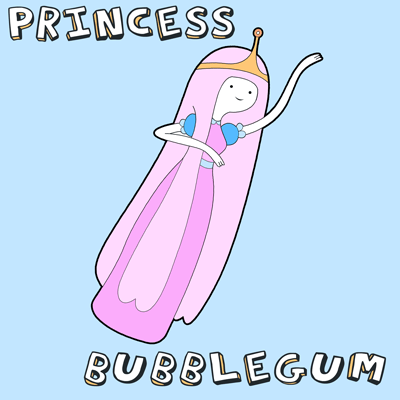 Learn how to draw Princess Bubblegum from Cartoon Network's Adventure Time with the following step by step drawing lessons. Princess Bubblegum rules the Candy Kingdom, an empire whose inhabitants are also composed of sweets. Her proficiency in science and fluency in German is testament to her high intelligence. Finn is shown to have a crush on her. While she is typically kind and well-mannered, her temper can be a powerful force when provoked.