Learn how to draw a cartoon duck with a hat, a bow tie, and a cane. This whimsical, comical cartoon character can be drawn by you if you follow the following easy step by step cartooning instructions. Kids, Teens, and adults alike can complete this drawing tutorial. 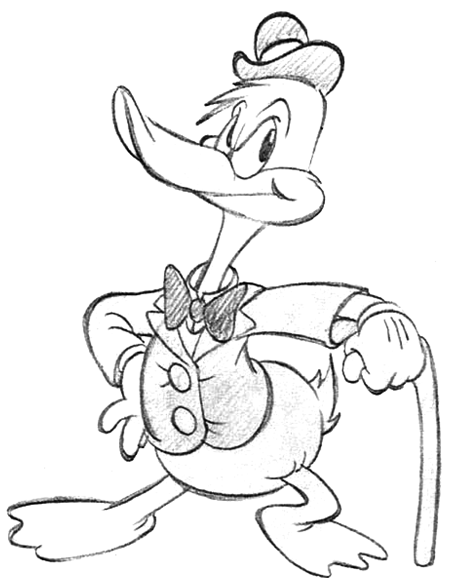 Rounded Masses for head and body are put into the drawing. The body looks like a lima bean and the head like an oval.

Perspective lines around the masses are put in to establish front, side, tilt, etc. of body and head. 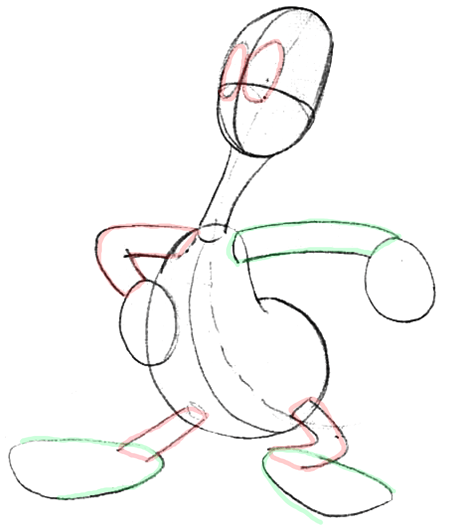 Now arms, legs, and eyes are constructed or “anchored on” in their definite position to perspective lines. Draw an oval for each eye…one on either side of the vertical guideline that you drew in the previous step. Draw the left arm, which is bent, like a bubble letter ‘v’. The right arm is out straight. Draw the left leg out straight and the right leg is bent like a letter ‘v’. Draw each duck foot as a letter ‘u’ that is closed with a curved line.  Draw each hand as an oval. 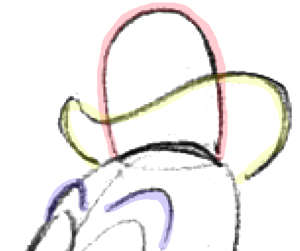 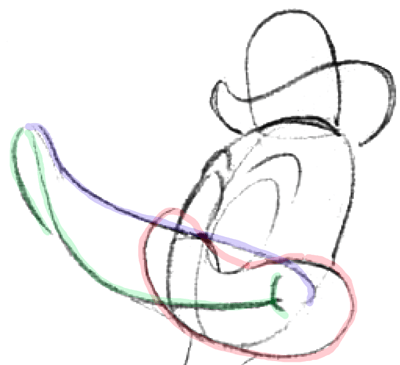 Now draw the duck’s beack by drawing a lima bean like shape (highlighted in red). Then draw the purple and green lines. 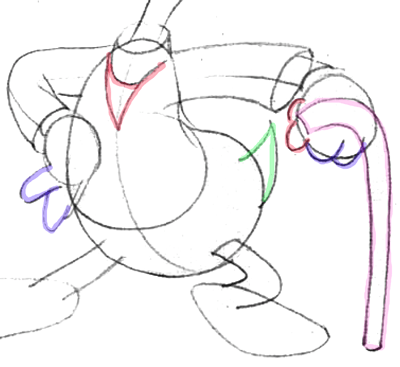 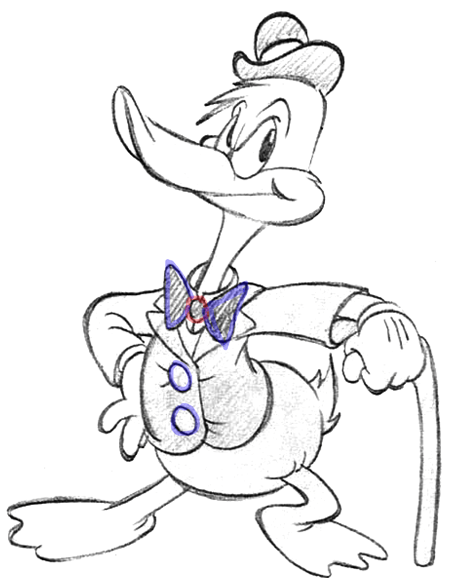 Draw the buttons as circles. Draw the bow tie as a circle in the middle and a triangle on either side.

Now you just have to erase lines that you don’t need and outline the ‘correct’ lines with a pen or marker. If you are having problems figuring out which lines to erase, then reference the drawing (above) for help. With the thick outside dark marker line, darken the outside lines to make it look sharp. Doesn’t the comic styled duck look Awesome?!