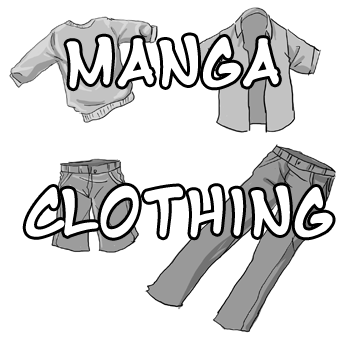 How to Draw Manga / Anime Clothing with Drawing Lesson 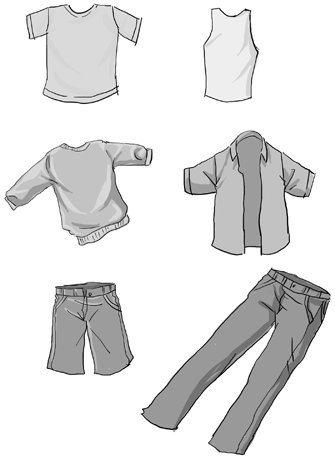 No matter what type of clothing you are drawing, they all follow basic principles…they are all soft and conform to the body. Clothing behaves according to external factors which influence its form. Such as the shape of underlying objects, stretching, pulling, and gravity.

Pulling – This occurs when the garment is being influenced by something which pulls it and then the folds gather right through the pulling force.

Shirt is being pulled by the tight belt. The folds originate from the puling force.

Stretching – Stretching can be commonly seen on long sleeves. Since the sleeves are tailored straight, any underlying movement can cause the sleeve to conform the mass and creates stretch like folds.

Gravity – One factor which affects the behavior of folds. It is recommended to observe from real life.

Overlapping – Since gravity makes everything drop, a garment can produce a series of overlapping folds. Can commonly be sen on the bottom of the pants. 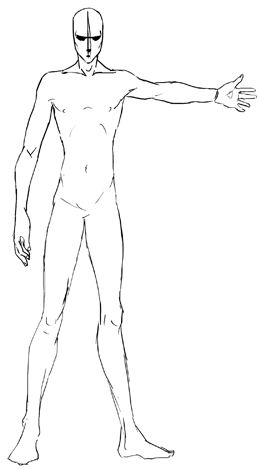 Apply clothing on an Anime / Manga character. Observe how the applied clothing forms according to the underlying figure. 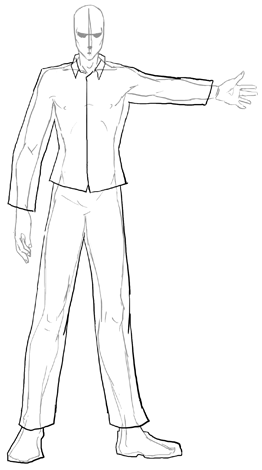 Apply the basic shape of the clothing. No folds yet this time, just simple basic shape of clothes. Though the Anime / Manga character has its clothes, it still looks flat and unrealistic. 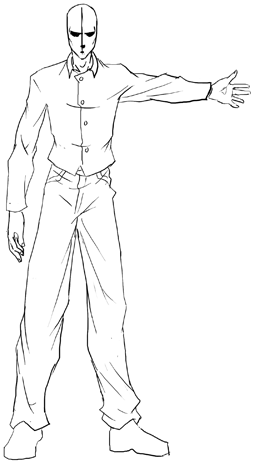 Folds and overlapping folds are being applied to the Anime / Manga figure. Try to find which behaviors are caused by the stretching and pulling. 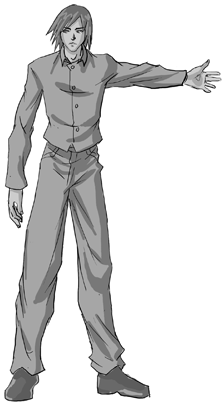 Add more details to complete the Anime / Manga character. Drawing clothing requires practice and observation. Experiment! Always ask for the force influencing the behavior of folds and try to locate them. Always look for the pulling and stretching.