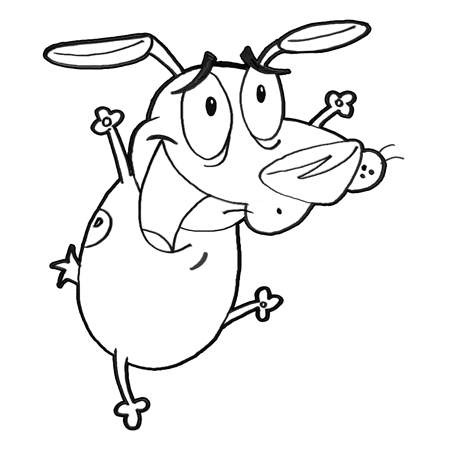 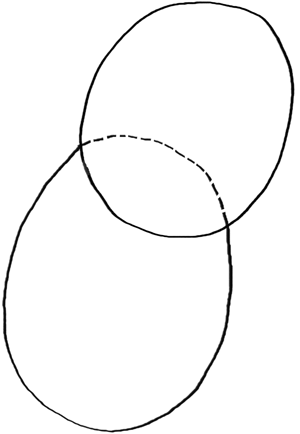 First, lets draw the basic shapes that make up Courage’s form. Draw 2 ovals, the one on the bottom being larger so that the final shape looks like a number ‘8’. 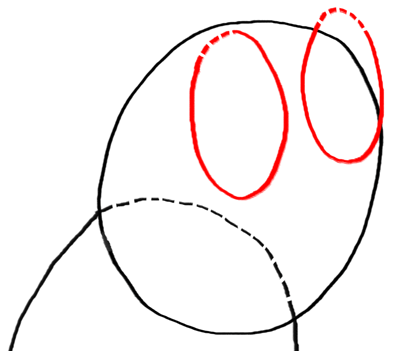 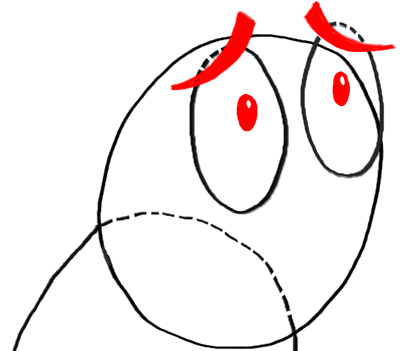 Now draw a curved eyebrow at the top of both eyes. Also draw a small oval inside each eye for a pupil / iris. Fill the oval in except for a small circle (the highlight of the eye). 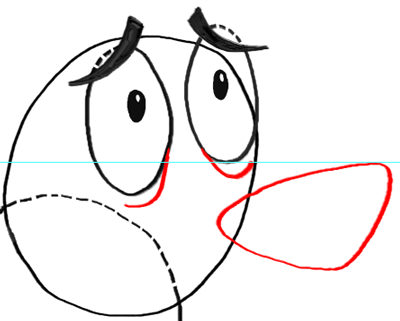 Now draw a curved line at the bottom of both eye. The blue guideline is to show you that the top of Courage’s nose matches up with the bottom of the Courage’s right eye. You can draw his nose as an upside down triangle shape, with curved corners. 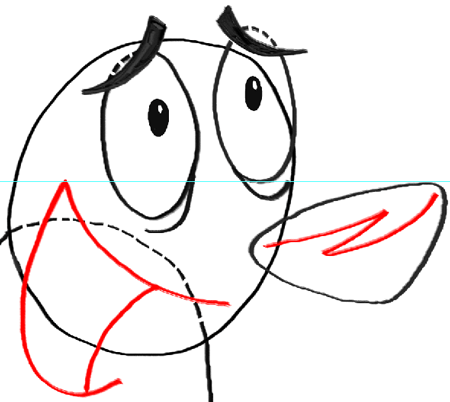 The blue guideline is to show you that the top of Courage’s mouth is at the same point as the bottom of Courage’s right eye. Draw the mouth as a sideways capital letter ‘A’ type shape. Also draw a letter ‘z’ like shape inside of the nose. 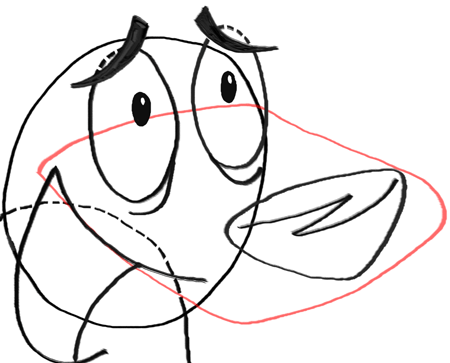 Lightly sketch a rectangle shape from the pupils, through the mouth and around the nose. This will be a guideline for drawing Courage’s snout.