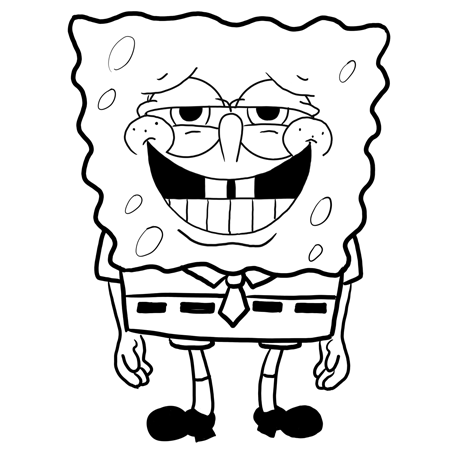 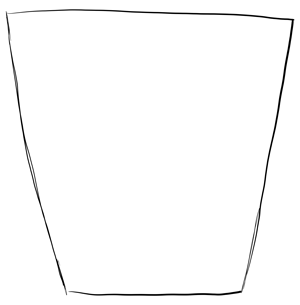 First draw this shape, as seen above (just draw a rectangle that is bigger at the top and smaller at the bottom.) This will be the main portion of Spongebob’s body. 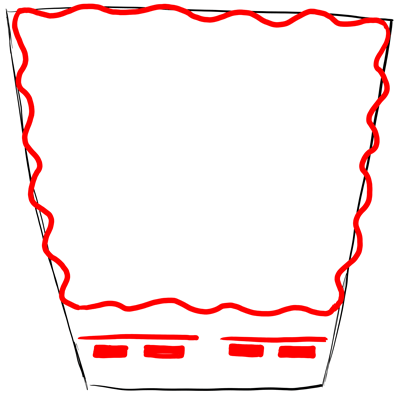 Now draw squiggly lines all along 3/4 of the shape that you drew in the previous step (see the picture above). Below the squiggly lines draw the belt area by drawing a line  (the tie is going to be in the middle, that is what the space is for but you don’t have to draw the blank in the middle). Draw 4 rectangles below this line. 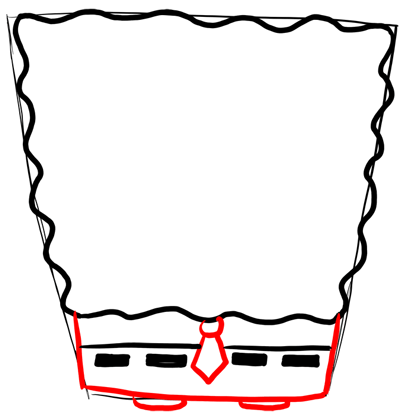 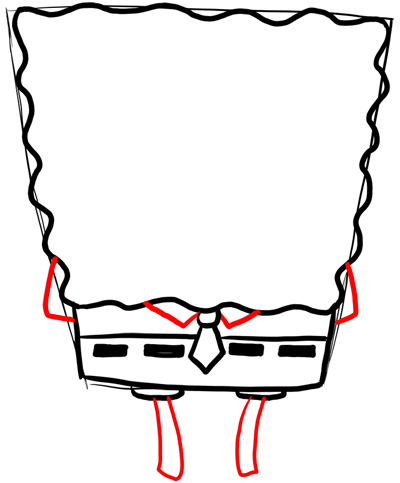 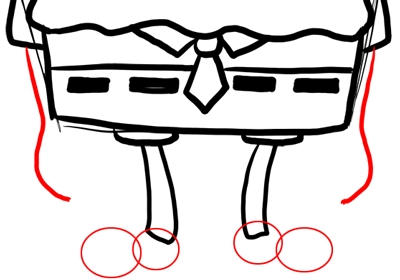 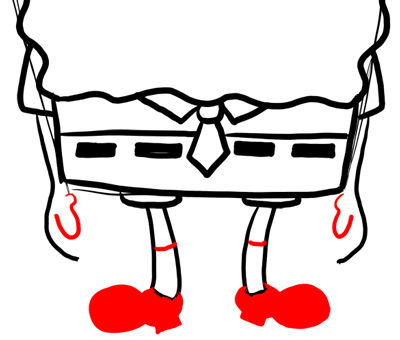