We have done many Anime / Manga illustration drawing tutorials, but we have yet to do any action poses for them. Today I am posting an Anime / Manga Action Scenes drawing lesson. I hope that you find it helpful. Here is Part 2. 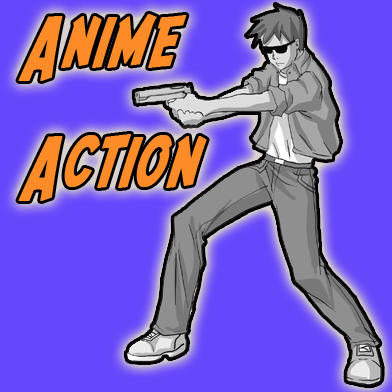 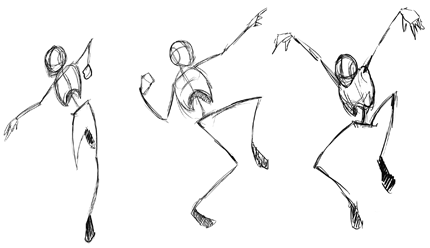 Let’s give some of your Anime characters life by placing them in action posea. A still drawing can portray a certain expression through an action. This is a powerful tool for Anime / Manga comics, especially for action stories where fighting scenes are much used. There is no limit for action poses. With this, you can do almost anything with your characters. 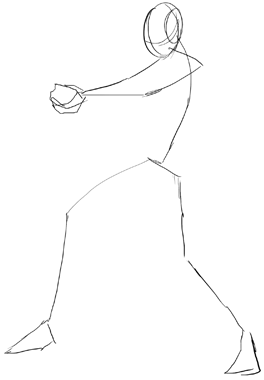 An action is nothing more than just a pose. But action is mostly associated with something more energetic and dramatic. Something that has an extreme movement such as fighting, running, leaping etc…Almost all types of characters can posed into action. 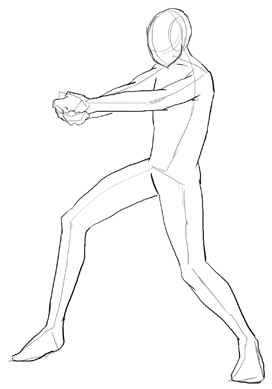 Draw the outline figure to give volume to the body. Don’t add details for now. 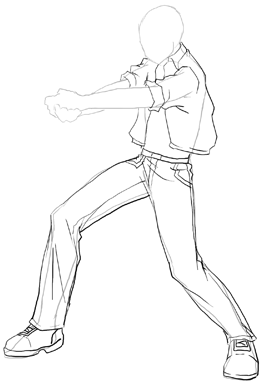 Add up the clothing. (Apply the previously learn lesson about clothing.) 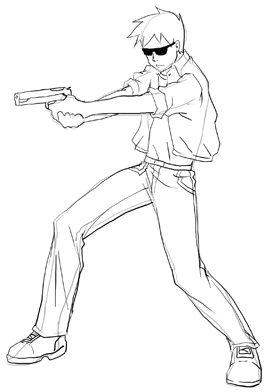 Add the details to the face and add the props. 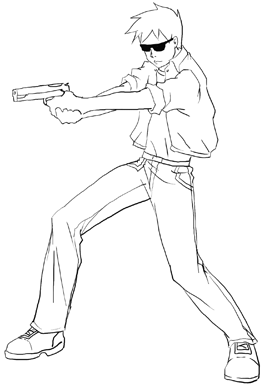 Clean up the sketch. 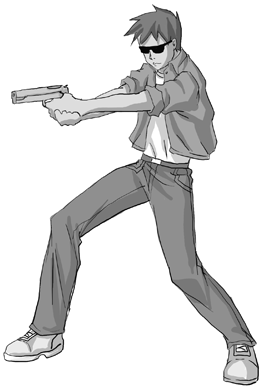 Now finalize the illustration by either coloring or toning.