This cartoon character looks like either a confident cartoon man, a bully getting ready to fight, or a weight lifter. Either way, he is confident and wants to show you what he is made of. Learn how to draw the following cartoon character with easy step by step drawing lessons for cartooning lovers. This can be completed by kids, teens, and adults alike. 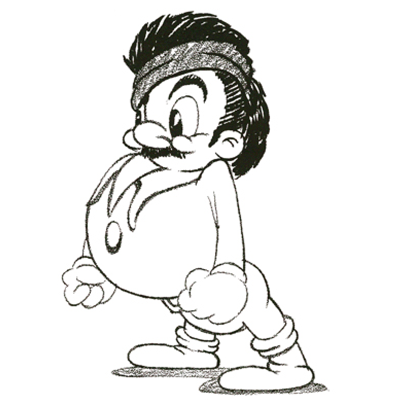 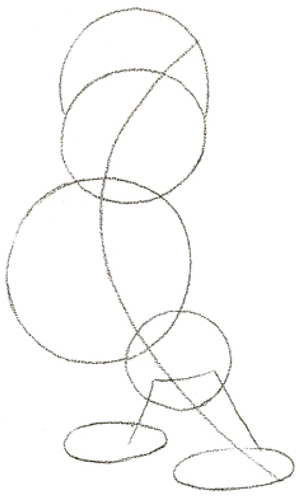 First, start off drawing the bully cartoon character by drawing a stick figure, like the one seen above. 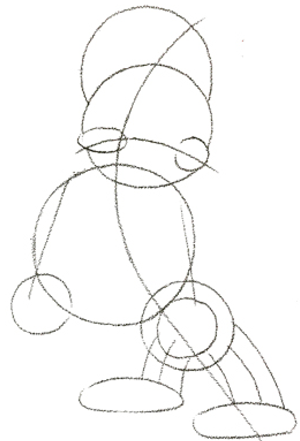 Now draw stick arms with circles as fists. Also draw the mass form of the legs over the stick figure legs. Also draw an oval for a nose, and a backwards letter ‘c’ for the cartoon character’s ear. 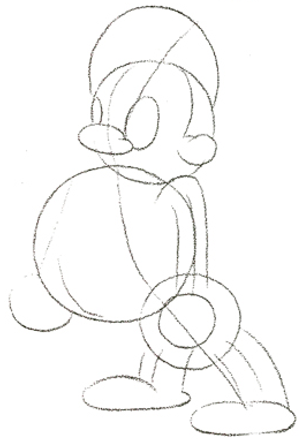 Now draw the mass around the stick arm. Also draw an oval for the right eye, and the beginning of the left eye, which would also be an oval if you could see it. Start drawing the man’s hair…which right now just looks like an ‘L’ shape. 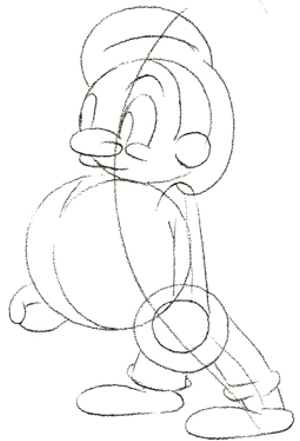 Put in more details, such as a thumb on the left hand, cuffs on the pants, a collar on the shirt, iris of the eye, etc. 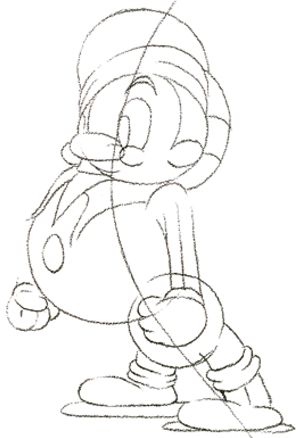 Draw a circle on the man’s shirt, and fingers on the hand, shirt sleeves, more details in the shirt collar, and shadowing underneath the cartoon figure. 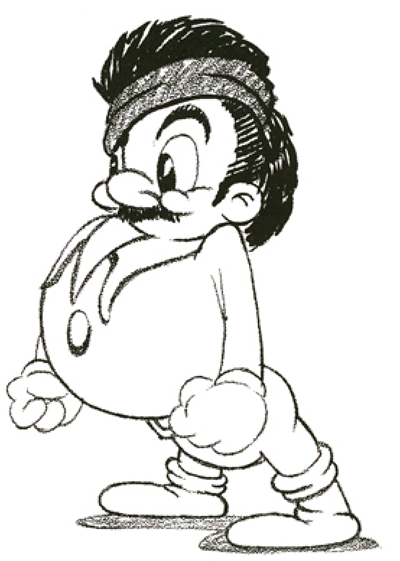 Now give the cartoon character man a mustache, hair, eyebrows, etc. Also darken lines that are ‘correct’ and erase lines that we don’t need anymore.