Do you want to learn how to draw comic cartoon dogs / hounds? Below you will find out how to cartoon an adorable dog with easy step by step drawing lesson suitable for kids, teens, and adults alike. 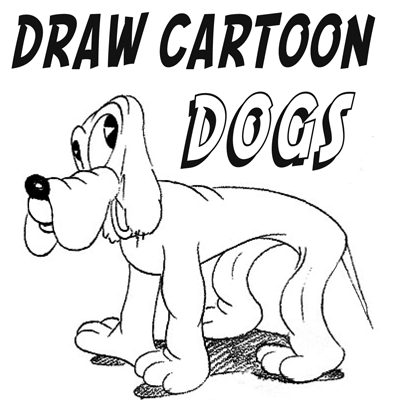 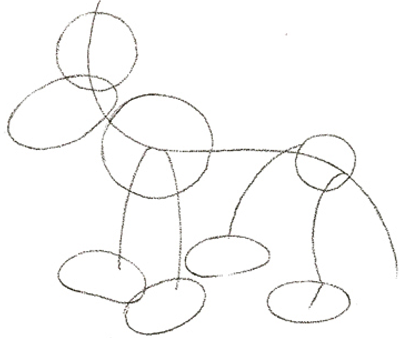 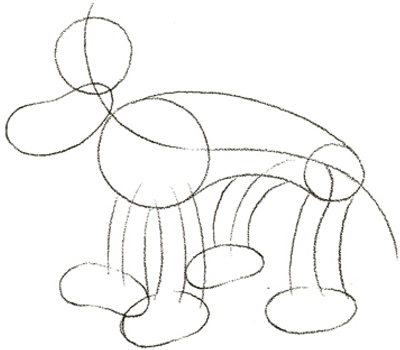 Now start building the solid mass around the stick figure legs and the body as well. 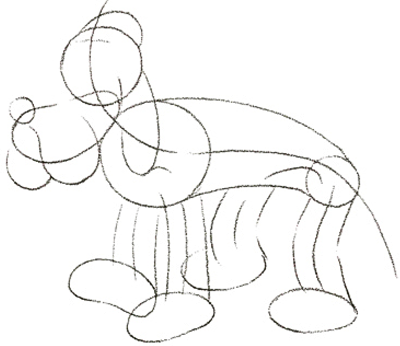 Now start building up the details of the cartoon dog’s face, such as the ear (the shape of a letter ‘u’), the cheeks / jowls (also the shapes of letter ‘u’s), as well as the nose (a circle like shape). 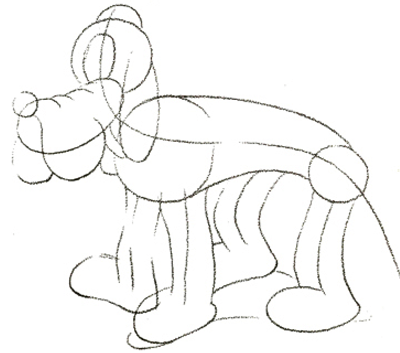 Now draw in more details, such as the eye, an oval.Also draw the shadow under the comic dog. 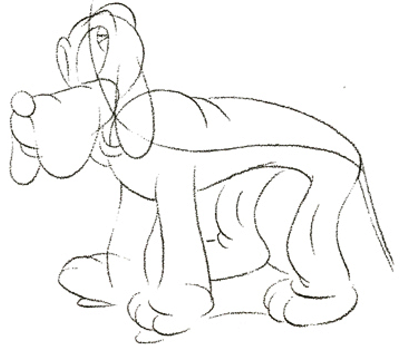 Now draw in more details, such as the wrinkled skin on the dog. Also draw the bottom lip of the mouth, the tail and the iris / pupil of the eye. 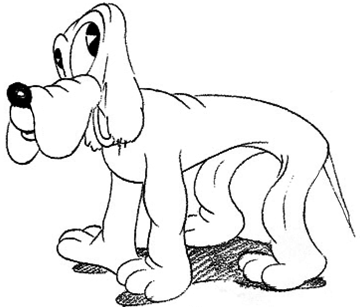 Now just erase lines that you don’t need and darken the correct lines (look at the above pictures to figure out which lines are correct).