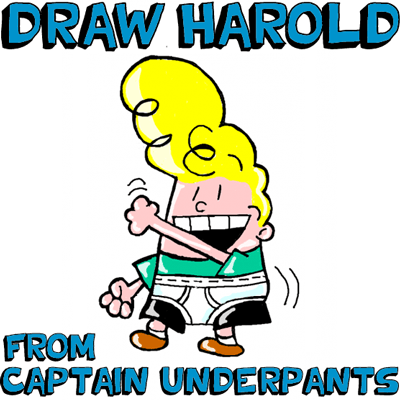 Firstly, draw the basic shape of Harold’s body – a triangle. Then draw stick figure limbs with ovals for feet and hands. 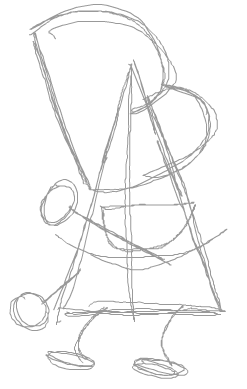 Now draw the basic shape of Harold’s hair…a capital letter ‘B’ at an angle. Draw the top of his pants and the shape of his mouth ( a half circle). 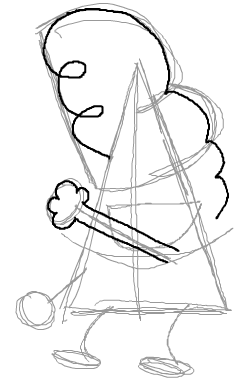 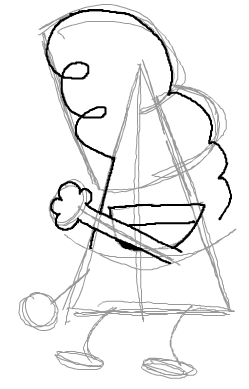 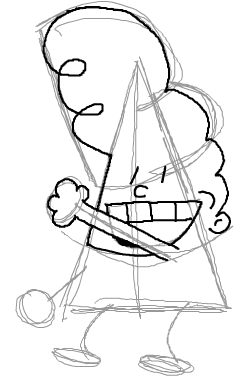 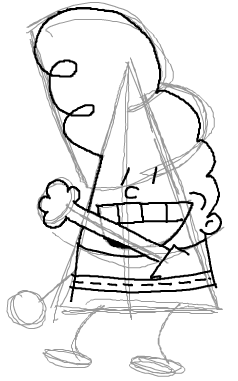 Draw the top of underwear and his sleeve. 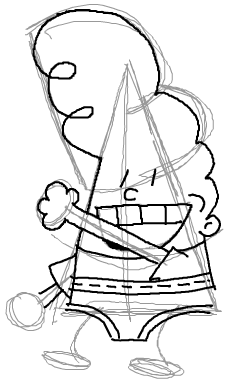 Draw the bottom of the underwear – a 2 curves on each side with a line in between…start drawing the left arm now. 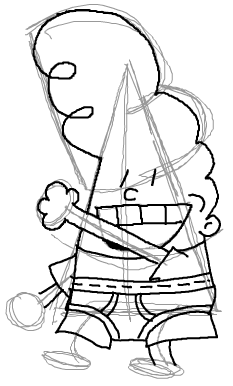 Now draw the shorts coming out from underneath the underwear. Also draw the left leg (mass / form around the stick leg we drew). 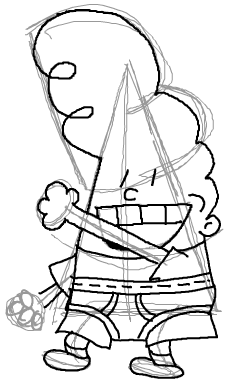 Draw both legs, socks, and shoes. Lightly sketch 4 ovals on the left hand for fingers. 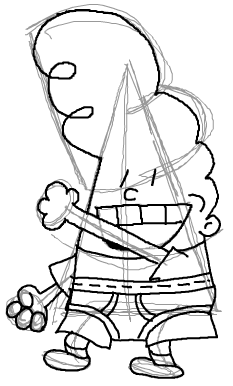 Now draw the hand around the ovals. 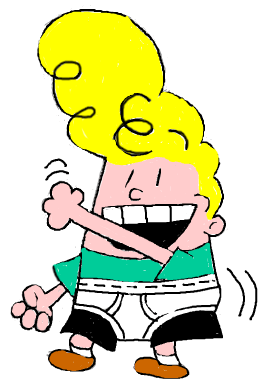 Now color in the basic colors and finish up the details and erase the guidelines. 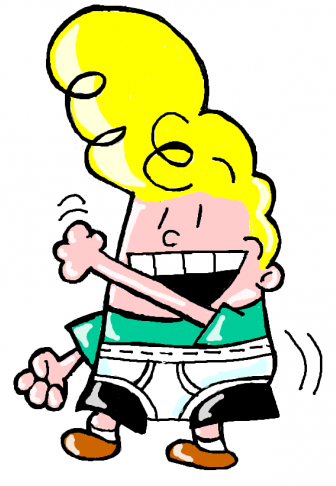 Color in the highlights.