Learn how to draw Boos from Super Mario Bro Games with the following drawing lessons with detailed steps. Boos, known as Teresa  in Japan, are spectral beings with beady eyes, long tongues, and sharp fangs. The first appearance of Boos was in Super Mario Bros. 3, where they appear under the name Boo Diddly, a pun of Bo Diddley. In Super Mario World, there are much larger variations of the Boo under the name of Big Boo. All Boos are ghostly creatures that are able to pass through solid matter. Find the drawing lesson below. Kids of all ages will love drawing him. 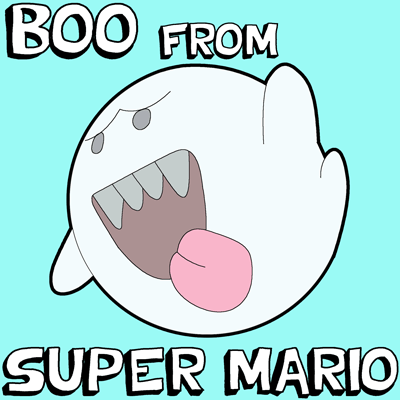 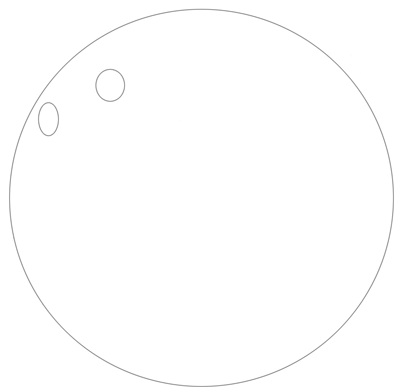 First draw a circle for Boo’s body. Then at the top left of the circle draw 2 more circles for his eyes. 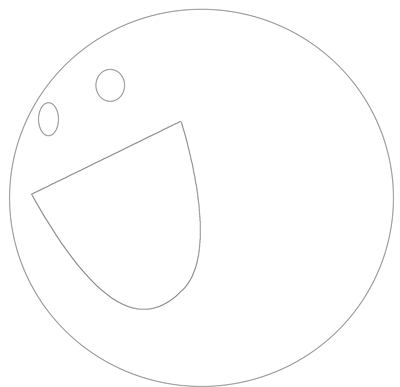 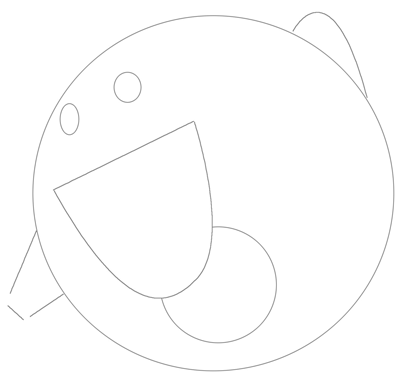 Now draw a smaller circle at the bottom of the mouth (don’t finish drawing it). Draw a backwards letter ‘c’ like shape at the top-right of the figure. At the left side draw a wing like shape (like you are going to draw a letter ‘A’ …. but then don’t make the peak of the letter ‘A’, instead make it a flat top. Look at the above picture. 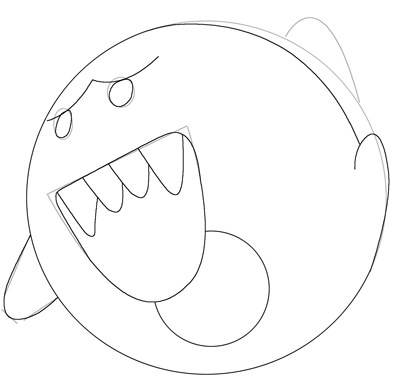 Now round off the edges of the mouth and put teeth in there (shapes of rounded triangles). Draw a curvy letter ‘w’ like shape above the eyes. Make another backwards letter ‘c’ to the right of the bottom circle shape. 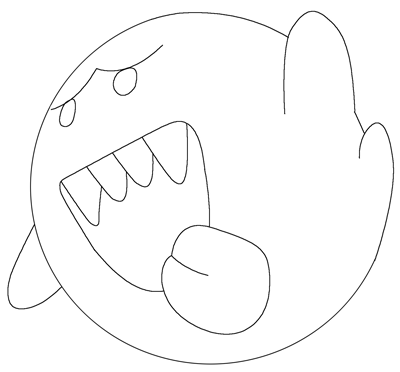 Now turn the bottom circle into a tongue. Erase any lines that you don’t need and darken the ‘right’ lines now. 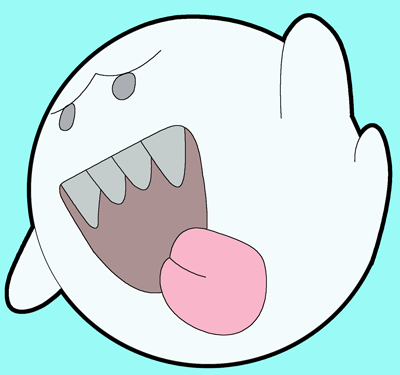 Color in Boo with the colors seen above. I hope that you enjoyed this drawing lesson.