Today, we will show you how to draw Green Lantern from Marvel Comics series. The Green Lantern possesses a power ring and power lantern that gives the user great control over the physical world as long as the wielder has sufficient willpower and strength to wield it. The ring is one of the most powerful weapons in the universe, and can be very dangerous. The following drawing tutorial will show you how to draw Green Lantern in an easy-to-following, step by step format. Have fun. 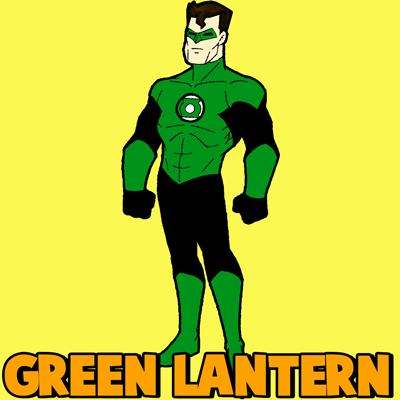 If you want to colorize Green Lantern, you will see the traditional colors that he is normally colored in. Have fun.