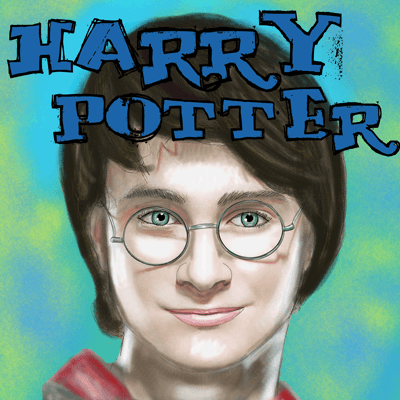 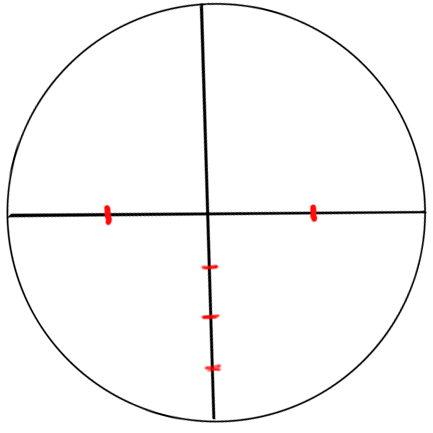 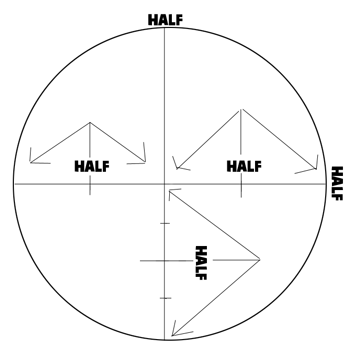 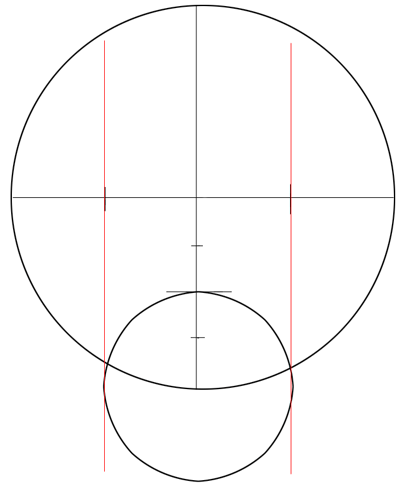 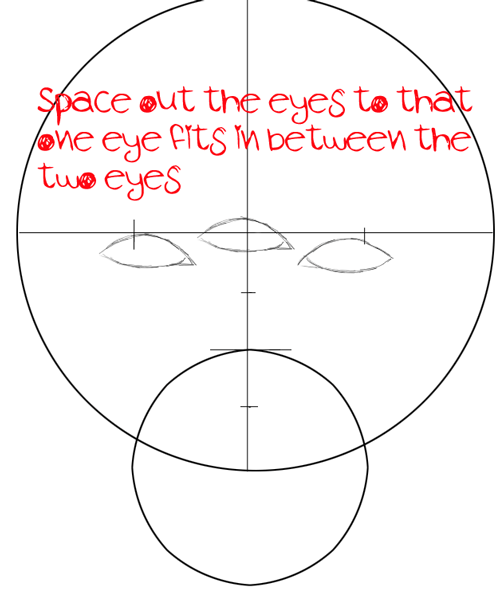 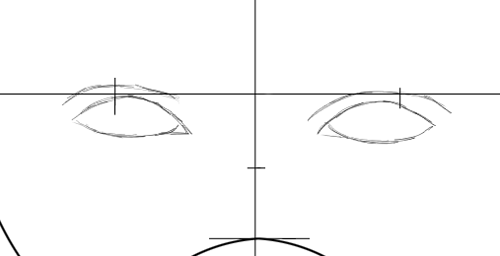 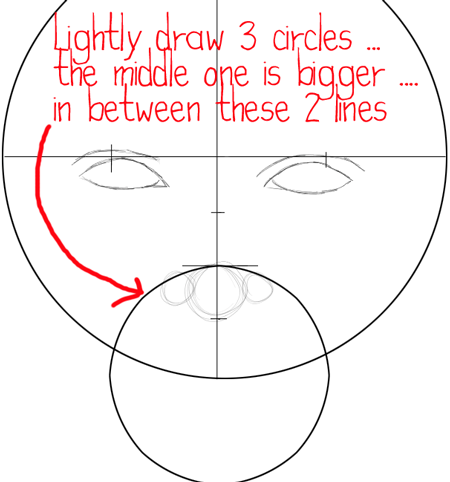 In order to help you get the right shape of the nose. First, lightly draw the 3 circles that you see above in between the 2 bottom dashes. 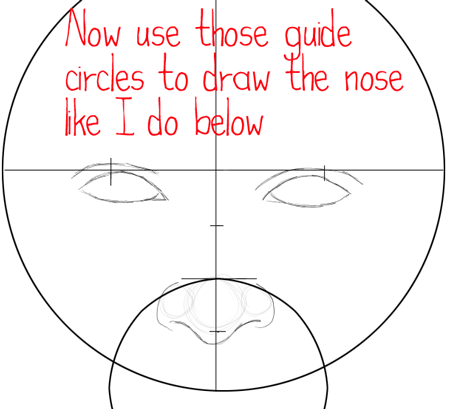 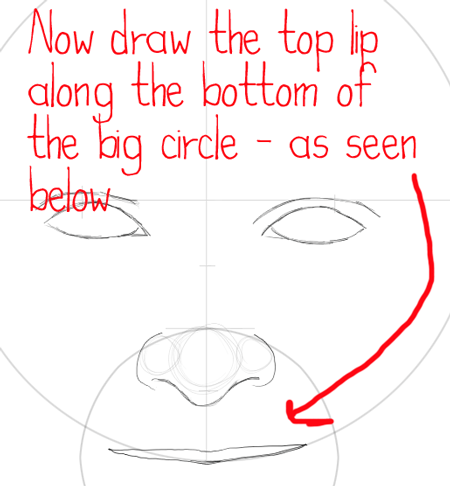 I have never drawn any person’s face who had such flat lips…normally there is more of a curve to the upper lip. Either way…draw it at the bottom of the big circle. 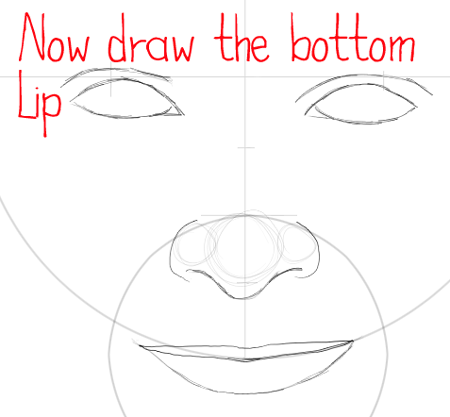 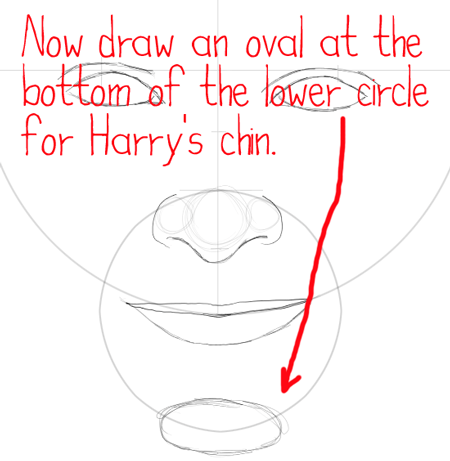 Now draw an oval at the bottom of the lower circle for his chin. 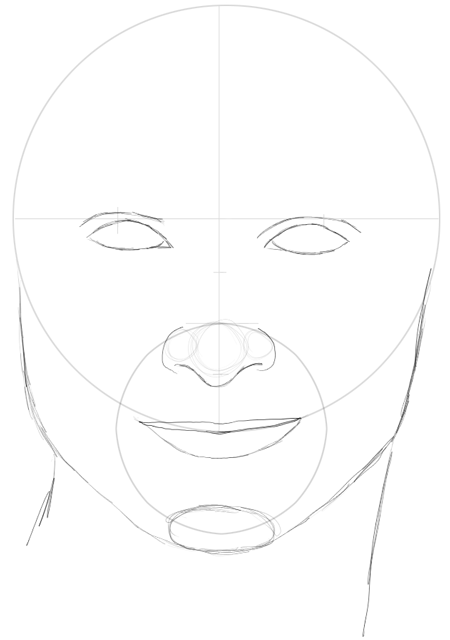 Now draw the sides of his face down to the chin. This isn’t a completely straight on pose of the face…that is why you see more on the left side of the face. Also draw the neck. 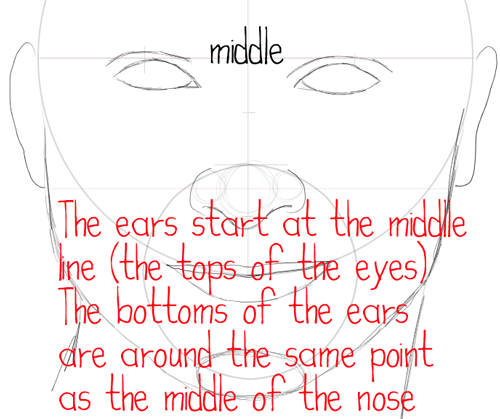 Start drawing the ears at the middle line that you drew in step one of this tutorial. Then draw the ears down to the middle nose area.

Now draw the glasses by drawing 2 circles around each eye….as pictured above.

Now erase the parts of the eyeball that went outside the edges of the eyes. 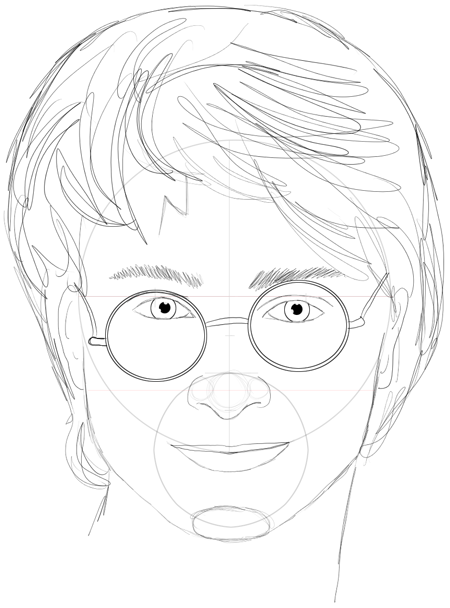 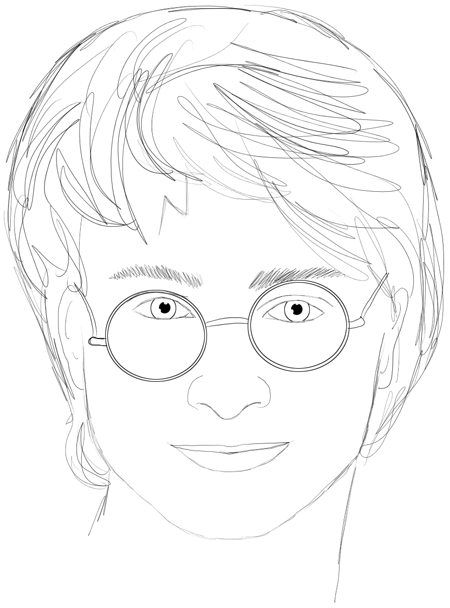 Now here is what the drawing of Harry Potter (Daniel Radcliffe) looks like before coloring him in. I didn’t draw the scar on his forehead because I am going to put it in when I color him (as seen below)…you can just draw a capital letter ‘N’ like shape on the top left of his forehead if you don’t want to color him in. 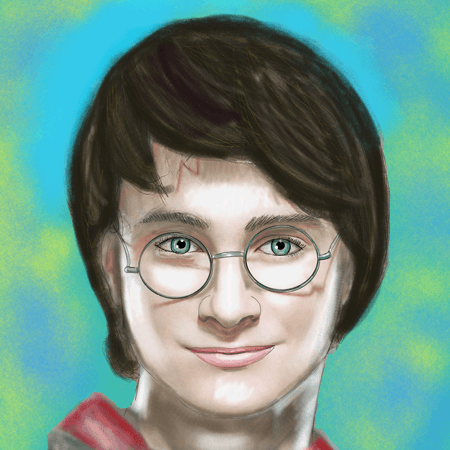