Today we will show you how to draw a cartoon stork holding a newborn baby boy. Learn how to draw this baby in easy-to-follow, illustrated steps. 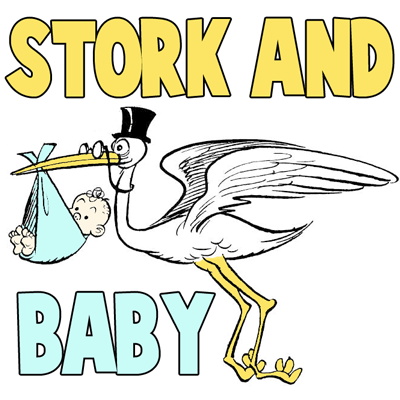 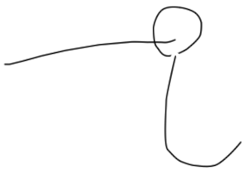 First, lightly sketch a circle for the head…a backwards letter ‘j’ for the neck and a line to represent the beak. 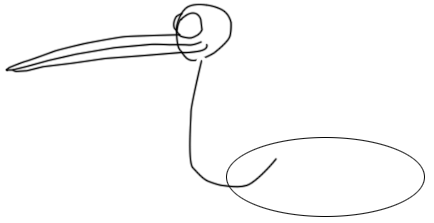 Lightly sketch an oval for the stork’s body. Draw a circle for the eye…and a curved lien for the part of an eye that is sticking out from behind the head. Also draw the top and bottom of the bird’s beak.

Lightly sketch a second oval slightly to the right of the first oval. Now draw a bunch of letter ‘j’ shapes within the oval for the wing’s feather. 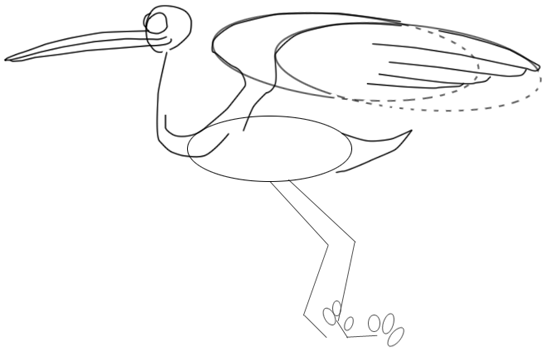 Now lightly sketch the legs and feet by drawing letter ‘z’ like shapes and ovals. Also draw a sideways letter ‘v’ for the tail feathers. 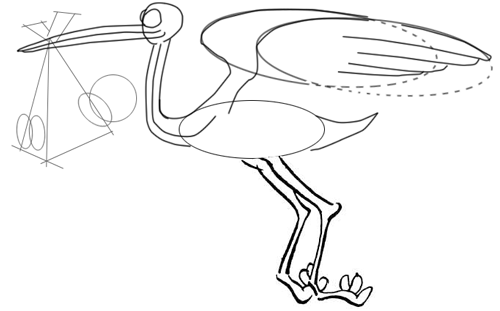 Now add mass and form to the legs and feet…around the shapes that you drew in the last step. Now draw the basic shapes that make up the baby…circle and oval for the face…a pyramid for the blanket…and ovals for feet. 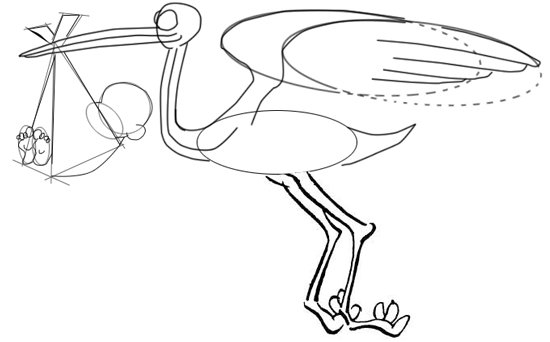 Now draw some of the details into the baby…such as a backwards letter ‘c’ for the ear…ovals for toes…and ‘s’ shape on the left side of each foot. Add a rounded curve to the bottom of the blanket. 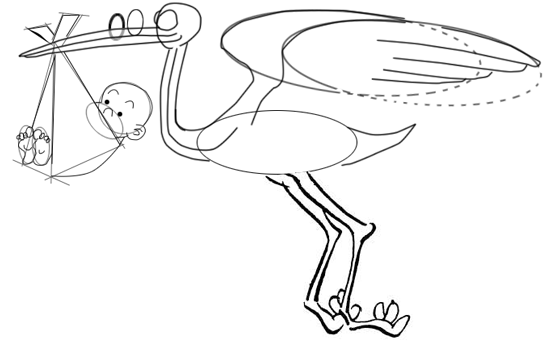 Now add more details into the baby by adding an upside down letter ‘u’ for the nose and eyebrows. A letter ‘s’ inside the ear….and a circle for each eye. Add ovals to the top of the beak for glasses. 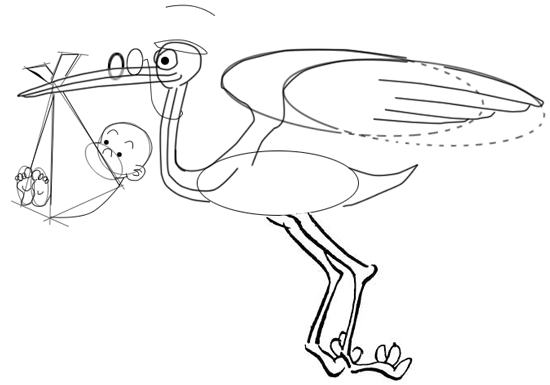 Add an oval to the top of the bird’s head for the bottom of the hat…and a curve slightly above it for the top of the hat. Draw a backwards letter ‘s’ shape for the cord on the stork’s glasses. 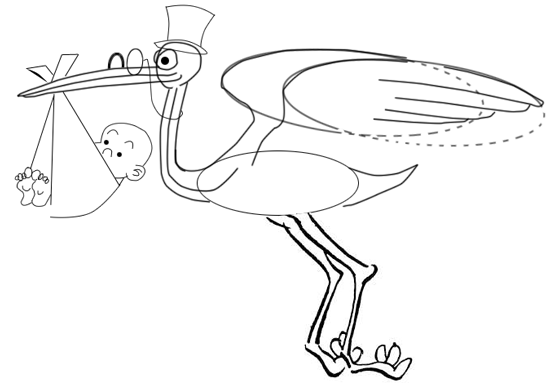 Start taking some of the guidelines out of the pic….finish the hat. 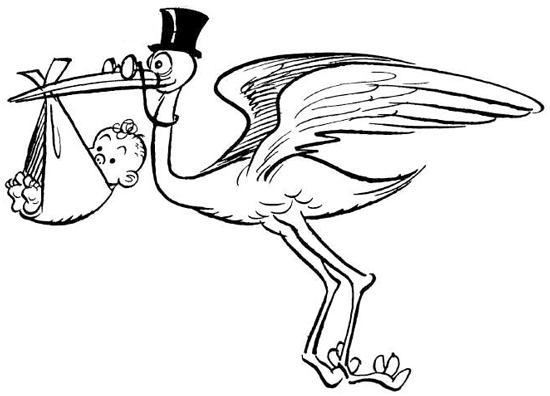 Darken lines…add some feathers and shading and you have a pretty nice looking stork and baby cartoon. 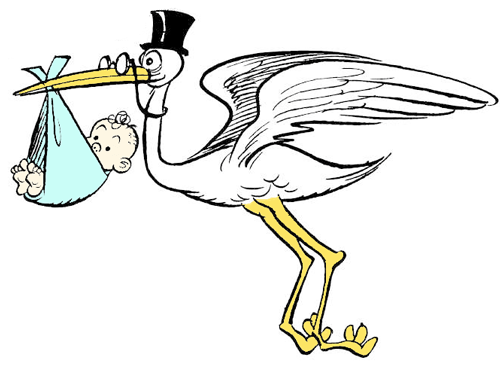 Put some color in and you have a nice cartoon stork and baby. I hope that you had fun.