Today I will show you how to draw Robin from Teen Titans … which used to be a show on Cartoon Network. In this show Robin (you might know him as Batman’s sidekick) is just a teenager. I drew Robin in our new Online Drawing App so you can Watch Me Draw Robin in this Drawing Video. You can watch the tutorial play there or look below for the written out drawing lesson.

You Might Also Enjoy Our Other Teen Titans Drawing Lessons 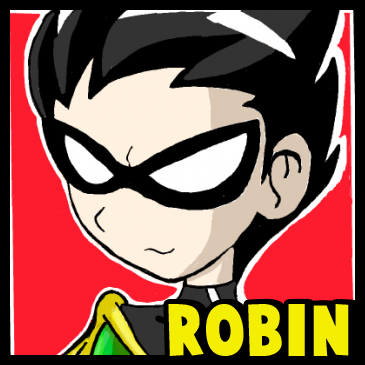 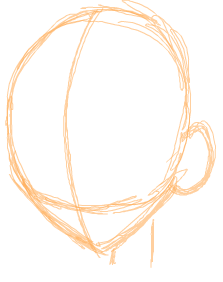 Firstly, draw the basic shapes that make up Robin’s head and face….a circle and a ‘v’ like shape for the chin…a backwards letter ‘c’ for the right ear and a number ’11’ for the chin. 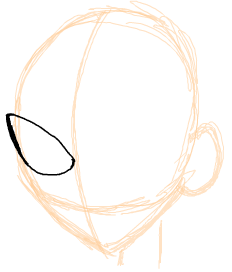 Draw the left eye part of the mask (look like a sideways letter ‘J’ that is then closed up by a downwards curved line..doesn’t it?) 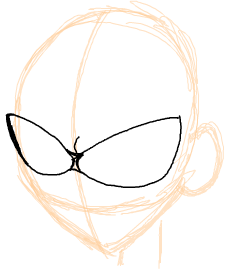 Draw the right side of Robin’s mask eye…it is slightly bigger. 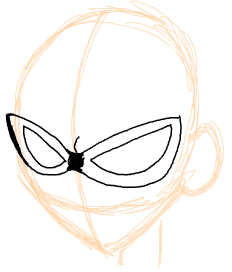 Now draw the inside eyes of the mask…this is where the hole in the mask is so Robin can see. 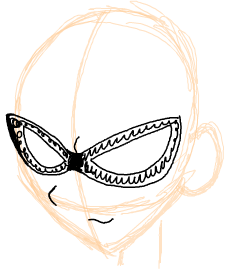 Draw the nose – a sideways letter ‘v’ and the mouth as well as a curved line above the mask. 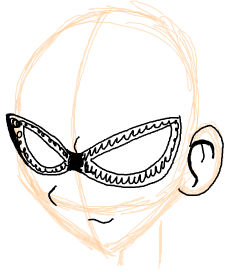 Draw the shape inside the ear a sideways letter ‘E’ like shape. 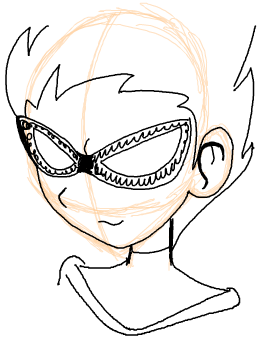 Start drawing out the face shape. Draw the ‘v’ neck on his costume…and draw zig-zag like shapes for the hair, as I did. 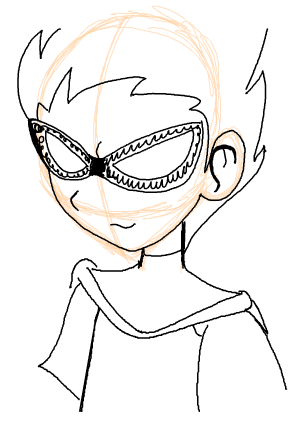 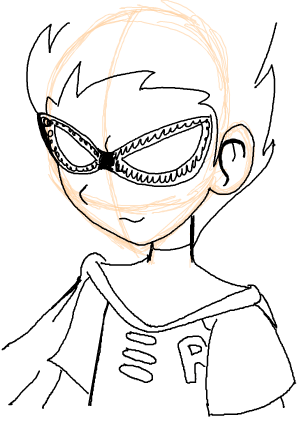 Draw a bubble letter ‘R’, 3 ovals for the laces…draw the cape lines as well. 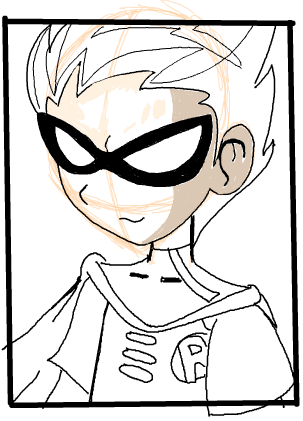 Draw a rectangle around Robin. 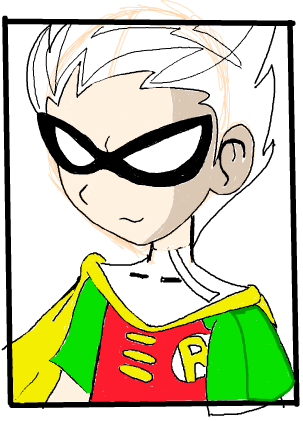 Start blocking in some basic colors. 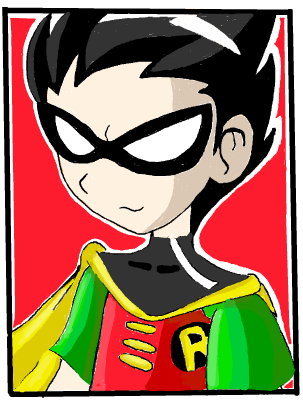 Add darks for shadows and lighter colors for highlights. Also add a red background but leave a little white glove outside of Robin for a cool effect. 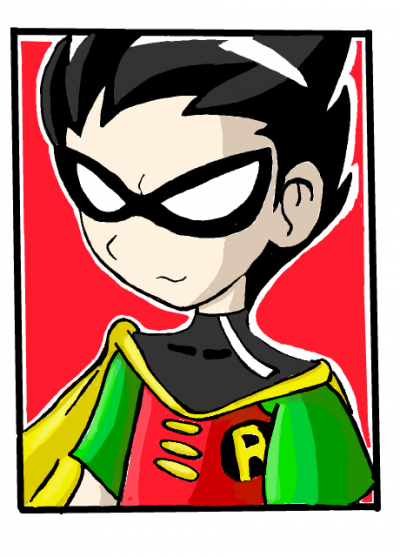 Darken up the outlines in the comic-book style and your Robin will look super cool. You have to show this one off to your friends and family..they will be super impressed. I hope that you liked this tutorial. Make sure to watch me draw this exact picture in the following video.

You Might Also Enjoy Our Other Teen Titans Drawing Tutorials