Today we will show you how to draw Shaggy (aka Norville Rogers)  from the tv cartoon series Scooby Doo. Shaggy is the cowardly, hungry character that is always by Scooby Doo’s side when solving mysteries. Below you can find out how to draw Shaggy with easy-to-follow, step by step drawing instructions. 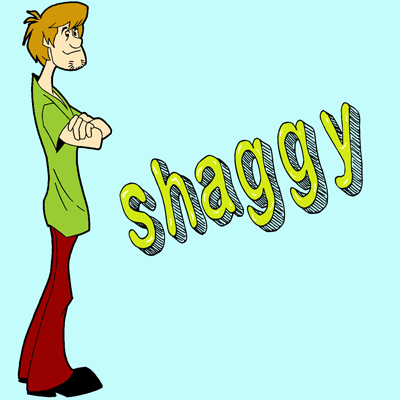 Draw an oval for Shaggy’s chest but make sure you traced the line for Shaggy’s shoulders. Then, draw a cone from the oval downwards to make the bottom of Shaggy’s shirt.

Draw a two overlapping few ovals around the chest with one oval slightly larger than the other.

4. Draw a two straight line downwards but and thicken the ends to make Shaggy’s pants. Draw a wedge at the end for Shaggy’s feet. 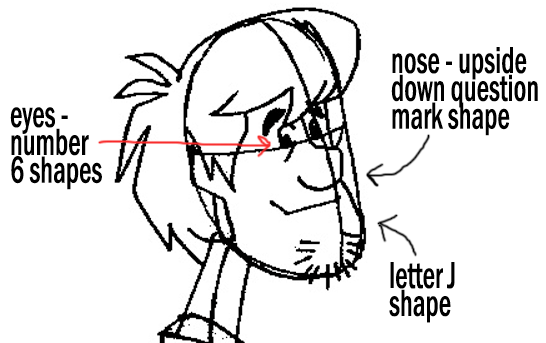 For the face…the eyes are number ‘6’ shapes … with the circle part filled in. The nose is like an upside down question mark shape. The mouth is like a sideways letter ‘L’ with a slightly slantier shape.  The part of the face to the right of the mouth is a letter ‘J’ shape.

Then, draw Shaggy’s hair. Make the back a bit messy, with some tufts of hair springing out of the head. Shaggy’s nose is a big reverse ‘C’. Don’t forget to add small lines at the bottom of Shaggy’s face for his messy fuzz.

Add sleeves for Shaggy’s arms, and draw a few crease lines on his body to show he’s wearing a T-shirt.

Do the same for the pants. Add crease lines near the knees and behind the feet.

Darken the eyebrows and eyes, erase any unwanted lines and there’s Shaggy striking a pose.