Learn how to draw Gangsta’ Spongebob Squarepatns with his bling, his bandana, his boots and attitude all included. The following step by step drawing tutorial will guide you through the process in easy steps. 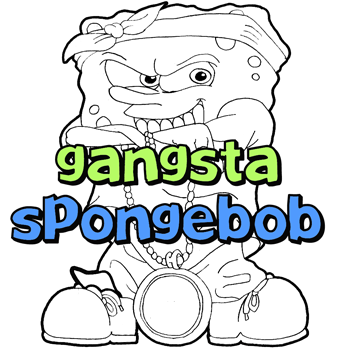 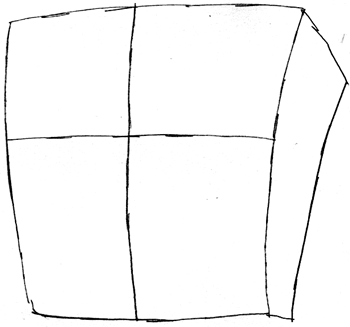 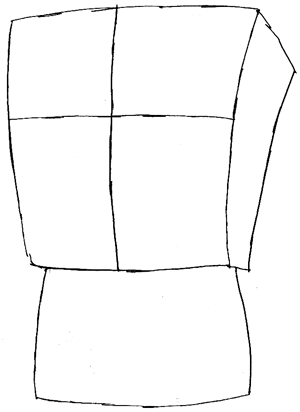 Below the box, draw a smaller square. 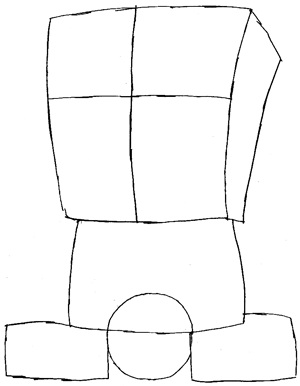 Below the square, 2 even smaller rectangles for the feet. 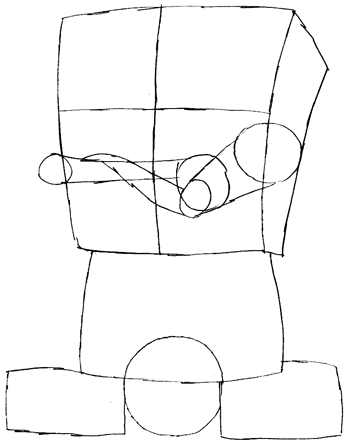 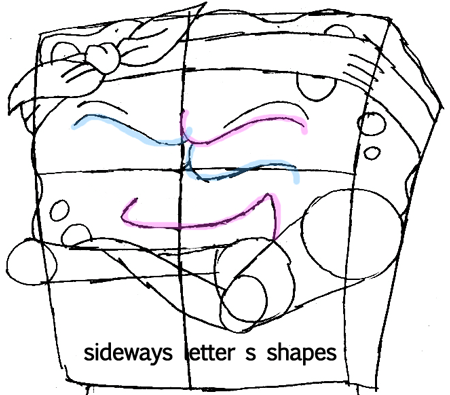 I highlighted a bunch of sideways letter ‘s’ shapes for you to draw. The headband can be made by drawing 2 lines around the head. for the tie, draw a circle-ish shape in the center and two tear drop shapes on either side of the circle. 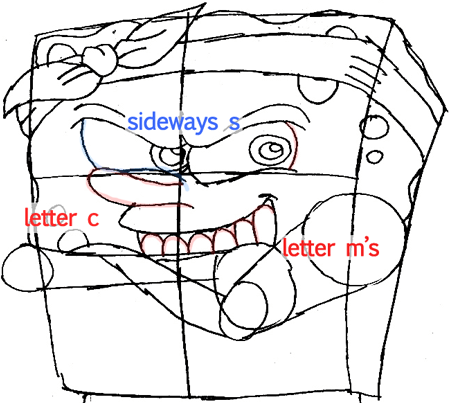 Draw letter ‘m’ shapes for teeth. Draw a letter ‘c’ ish shape for the nose. Draw a sideways letter ‘s’ for the bottom of the left eye. Draw 3 circles for each eyes. 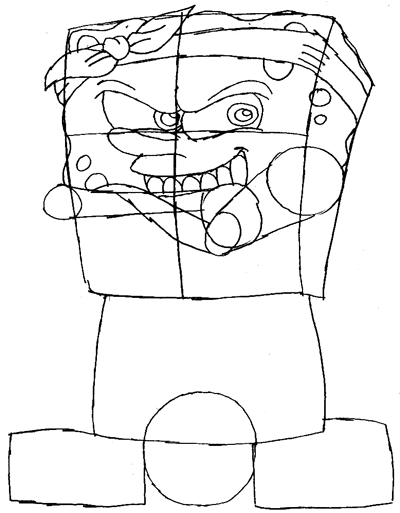 Here is what he should look like after you draw his face. Add spots and uneven notches on his skin to give him a ‘spongy’ texture. 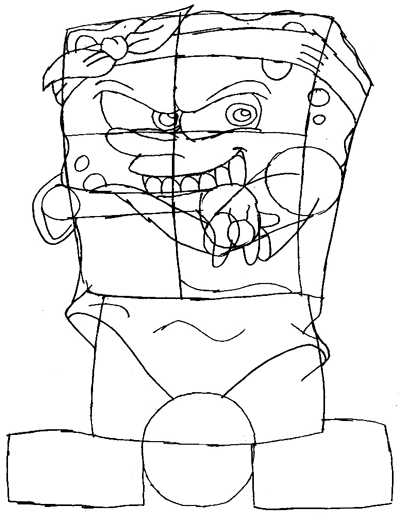 Draw his clothes next. We’re giving him a rapper outfit right now. 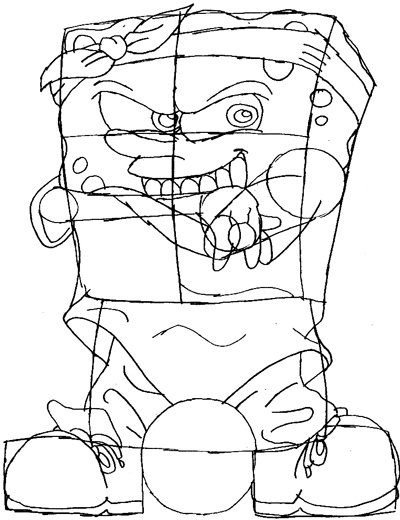 Draw his pants and shoes next. Don’t forget Spongebob has really large feet. 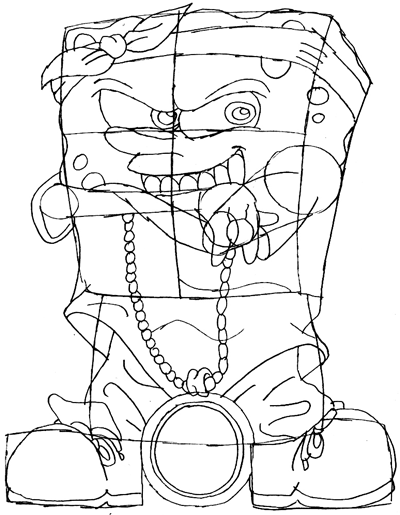 8. Draw any accessories you like. For this picture, we’ll add a medallion. 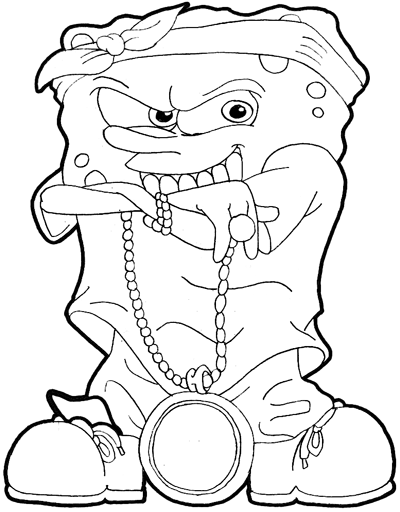