Today we will show you how to draw Nintendo’s Baby Yoshi  from Super Mario Bros . Hopefully there isn’t already a real baby Yoshi…I just made this little guy up (so don’t be mean about it if you don’t like him). Baby’s have bigger eyes and have bigger heads in comparison to the size of their body.  Learn how to draw this character with the following simple step to step tutorial. 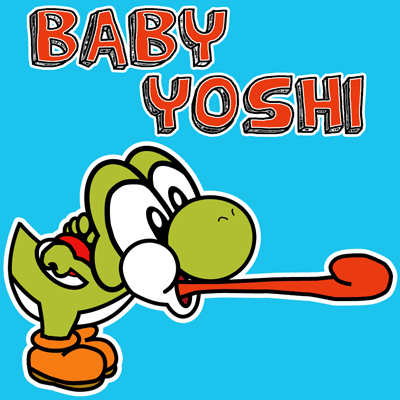 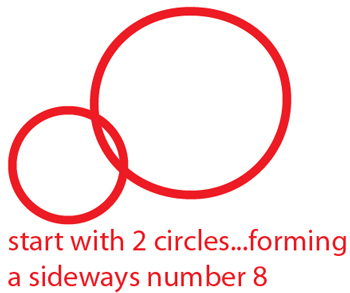 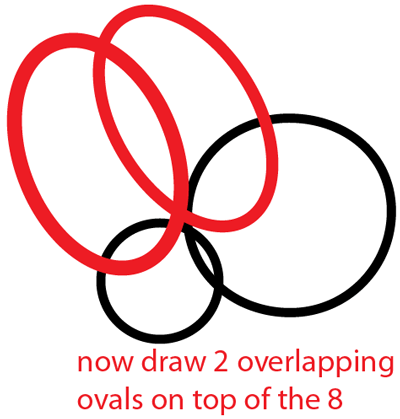 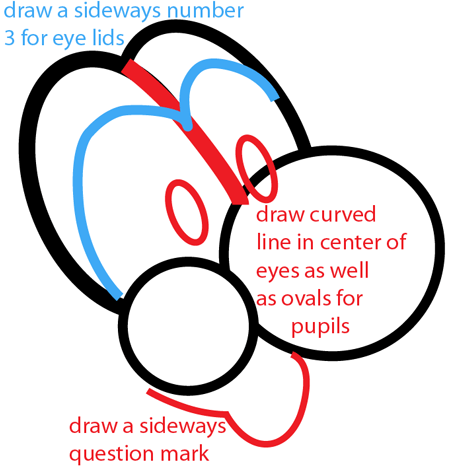 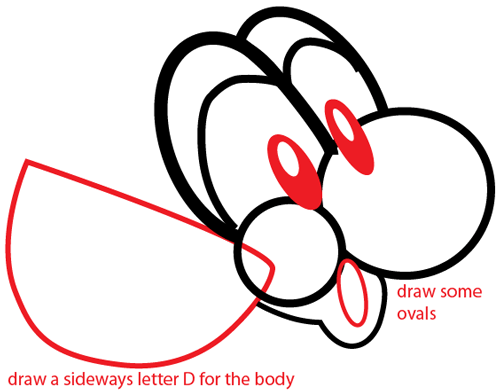 Draw a sideways letter ‘D’ for the body and an oval for the mouth. 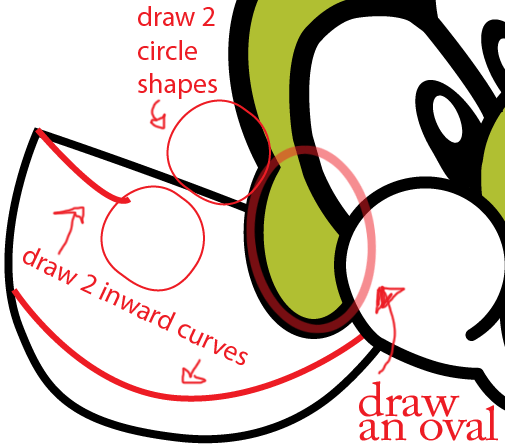 Draw two circle shapes and two inward curves. Draw an oval in the center as shown in the illustration above. 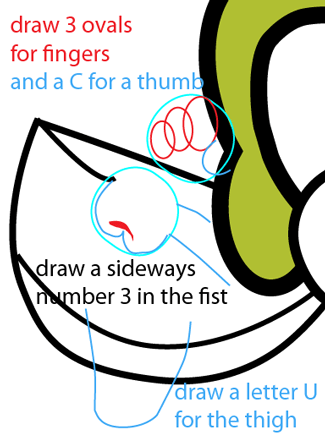 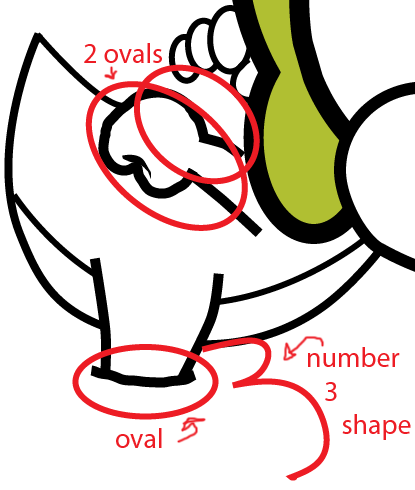 Draw two ovals by the fist. An oval and a number ‘3’ shape. 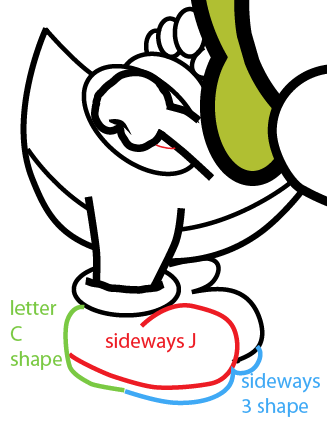 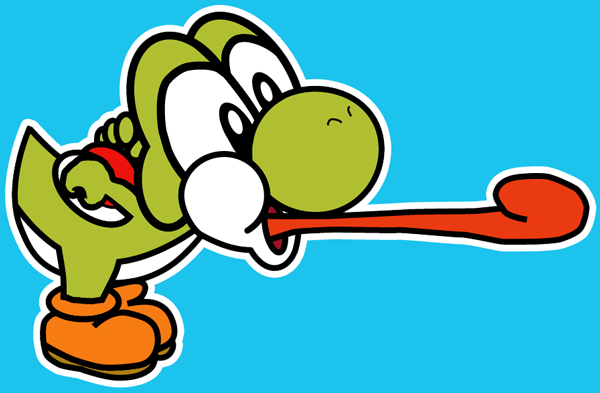