Today we will show you how to draw Om Nom from the popular game Cut The Rope. Learn how to draw this character with the following simple step to step tutorial. 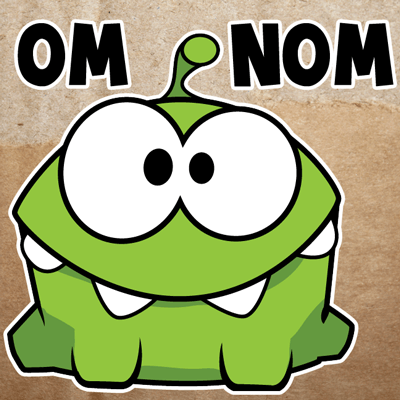 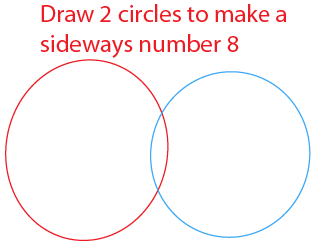 For the eyes, draw two circles to make a sideways number 8. 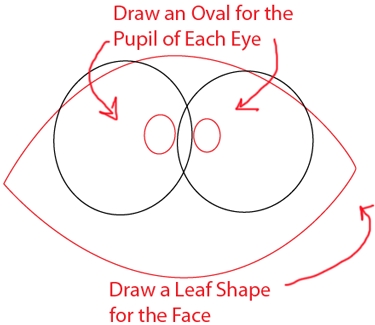 Draw a small oval in each eye for the pupil. Draw a leaf shape for the face. 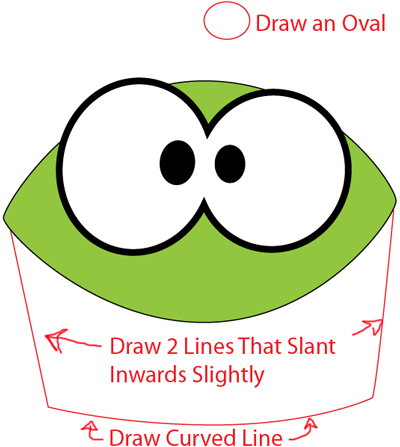 Draw an oval at the top (the same distance as the illustration above). Draw two lines that slant inwards slightly and a curved line at the bottom to join the two lines. 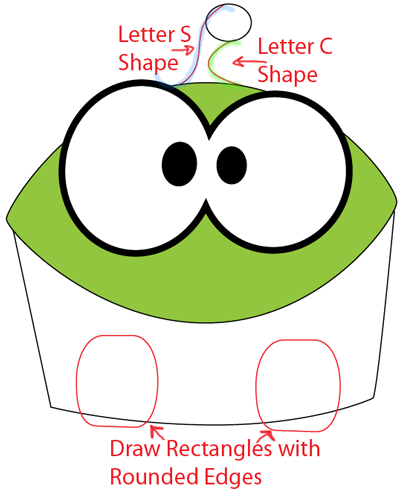 Draw a letter S shape and a Letter C shape to join the circle at the top to the head. And draw two rectangles with rounded edges for the front feet 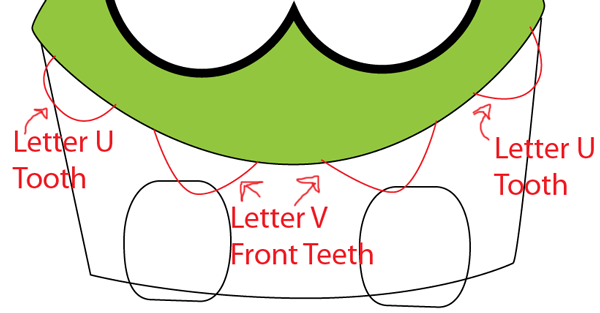 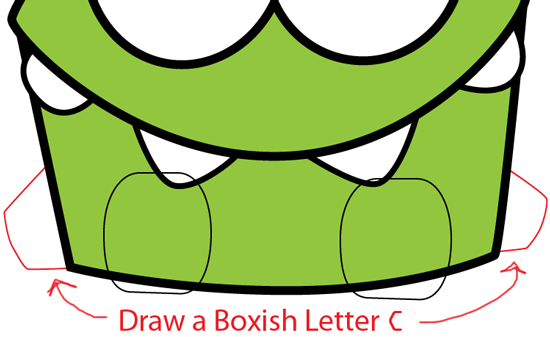 Draw a boxish letter C shape for the back legs. 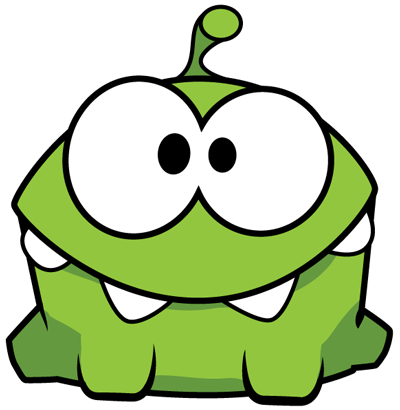 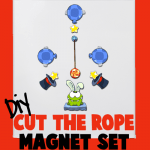