Today we will show you how to draw the Alien from the Doodle Jump Game. Learn how to draw this character with the following simple step to step tutorial. 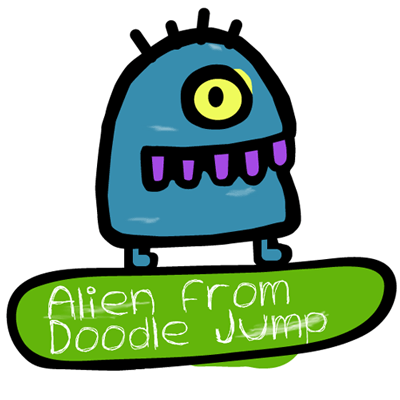 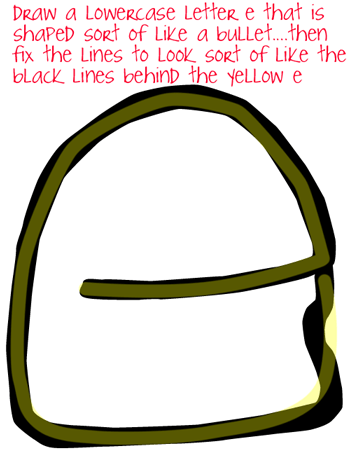 Draw a lowercase letter ‘e’ shape that is shaped to look like a bullet. Then fix the lines to look like the black lines behind the yellow ‘e’ shape. 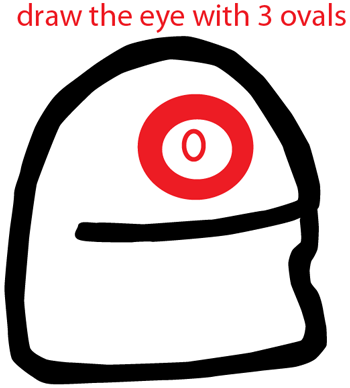 Draw an eye with three ovals as seen in red. 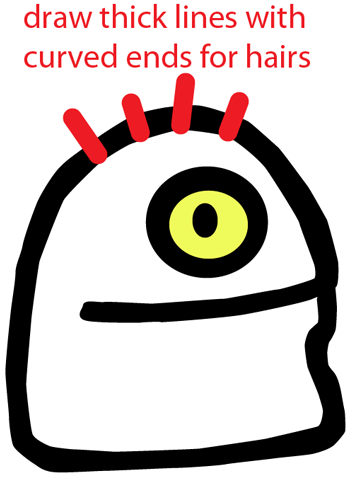 Draw thick lines with curved ends for the hair on the head. 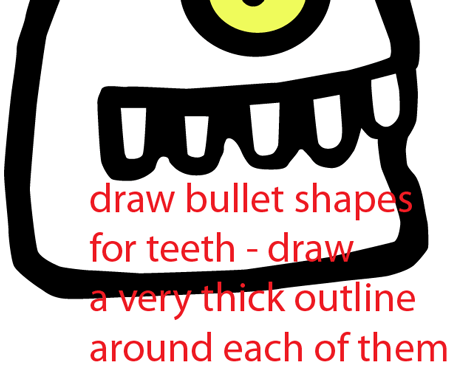 Draw bullet shapes for the teeth with a thick outline around each of them. 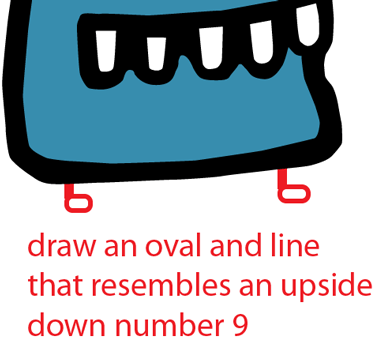 Draw an oval and while for each foot that resembles an upside down number 9. 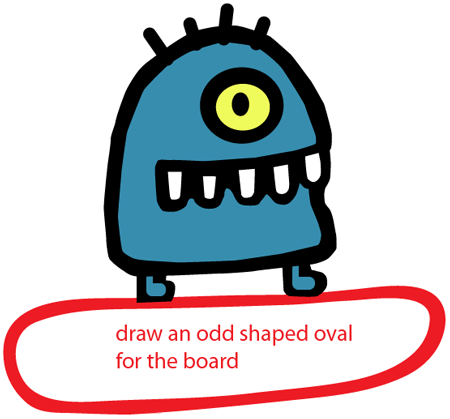 Draw a oval shape for the board. 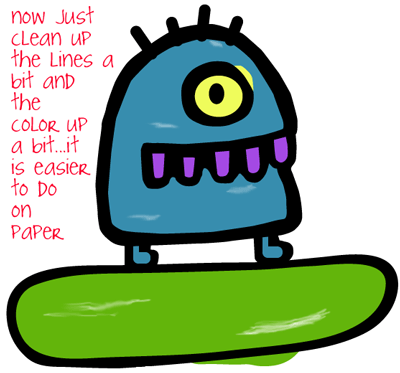