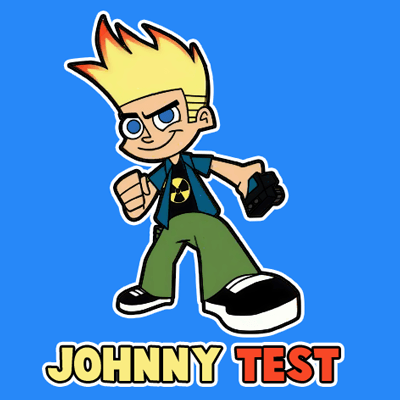 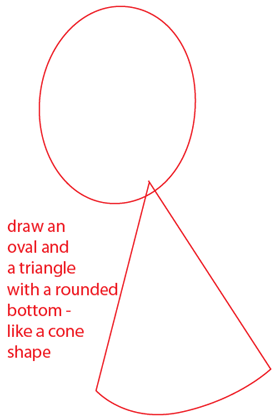 Draw an oval and a triangle with a rounded bottom that looks like a cone shape. 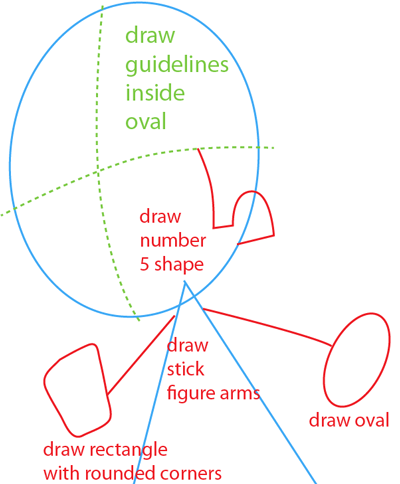 Draw guidelines inside the oval to help place the facial features and then draw a number ‘5’ shape. Draw a stick figure arms, then  draw a rectangle with rounded corners for the left hand and an oval for the right hand. 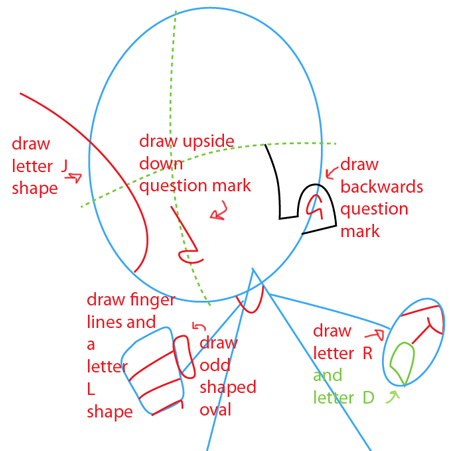 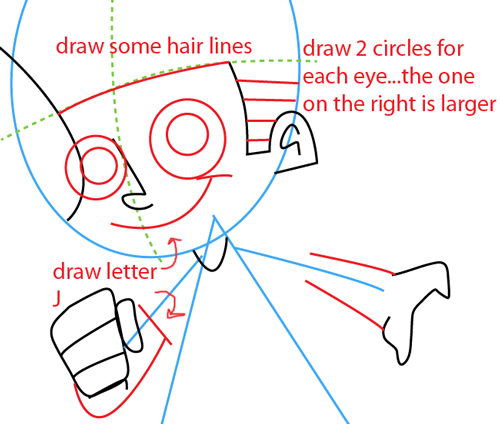 Draw some lines for his hair and two circles for each eye, make right eye larger. Draw a letter ‘J’ shape for his smile and arm. 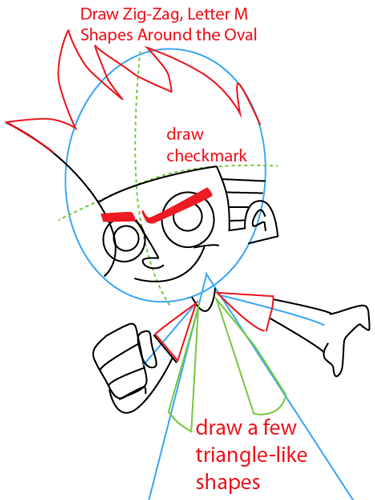 Draw zig-zag letter ‘M’ shapes around the oval (head) and draw a few triangle-like  shapes for the sleeves. 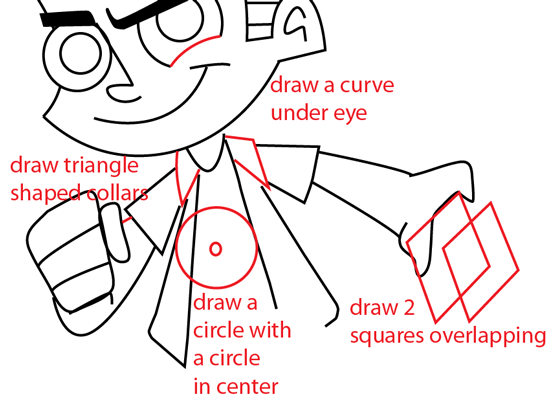 Draw triangle shaped collars and a curved line under the right eye, erasing the bottom of the circle. Then draw a circle with a small circle in the center and two squares overlapping in his right hand. 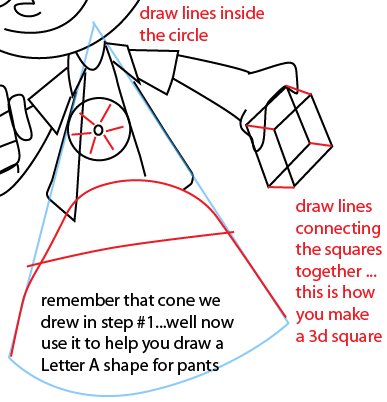 Draw six lines inside the center circle and also draw lines connecting the squares together (this is how you make a 3D square). Remember that cone we drew in step 1? Well now use it to help you draw a letter ‘A’ shape for the pants. 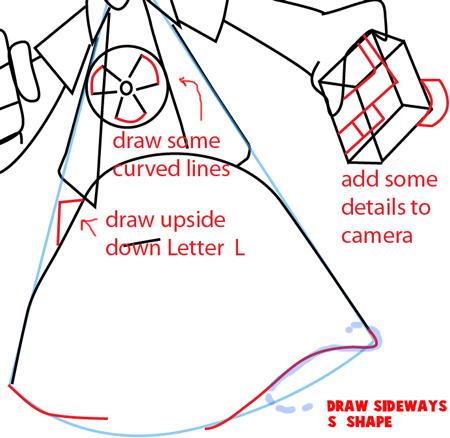 Draw three curved lines to connect the lines in the center circle and add some details to the camera in his right hand. Draw an upside down letter ‘L’ shape for part of his pants and draw a sideways letter ‘S’ shape for the bottom of his pants. 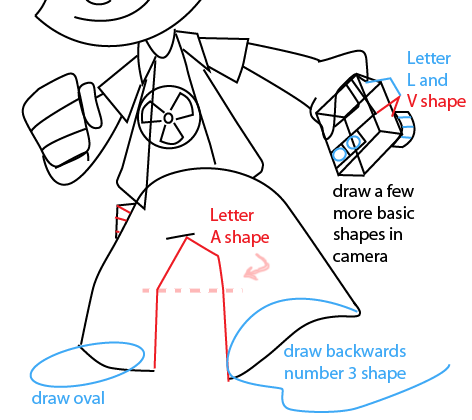 Draw a letter ‘A’ shape to separate his legs and erase the center of the ‘A’. Draw an oval for his left foot and a backwards number ‘3’ shape for his right foot. Draw a letter ‘L’ shape, a letter ‘V’ shape and a  few more basic shapes in the camera. 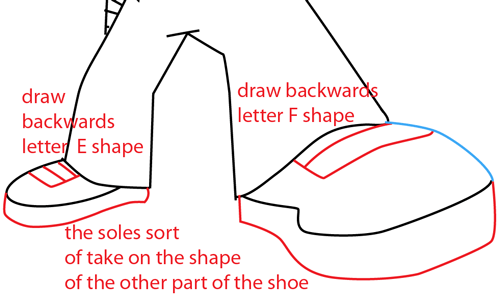 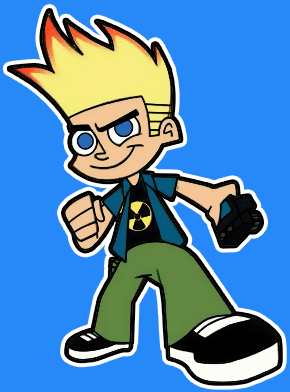