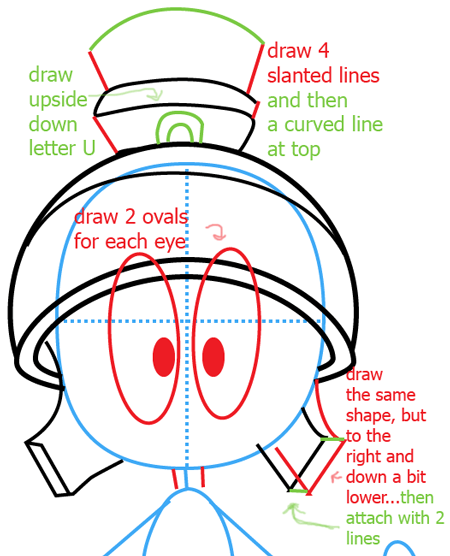 Draw an upside down letter ‘U’ shape, four slanted lines and then a curved line on the top. Draw two ovals for each eye.  Draw the same shape as in step 5 on the right of his face, but to the right down a bit lower then attach with two lines. 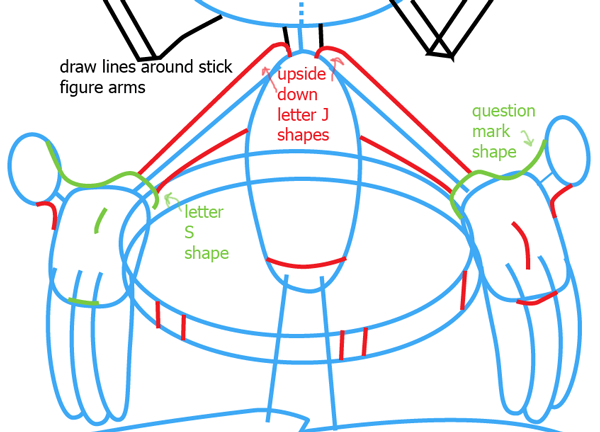 Draw lines around the stick figure arms with upside down letter ‘J’ shapes for the shoulders. Draw an letter ‘S’ shape on the left palm and two lines. On the right hand, draw a question mark shape and three curved lines. Draw a curved line on the lower body and five lines about the center circle. 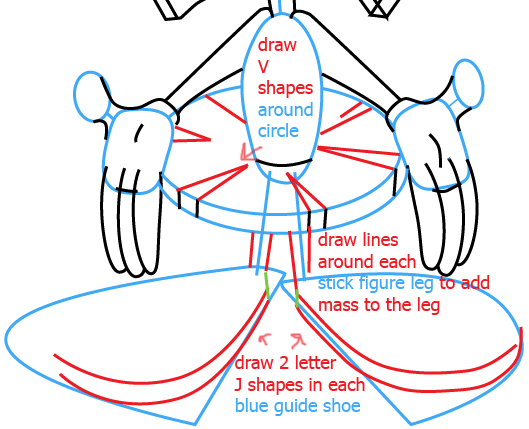 Draw ‘V’ shapes around circle. Draw lines around each stick figure leg to add mass to the leg and draw two letter ‘J’ shapes in each blue guide shoe. 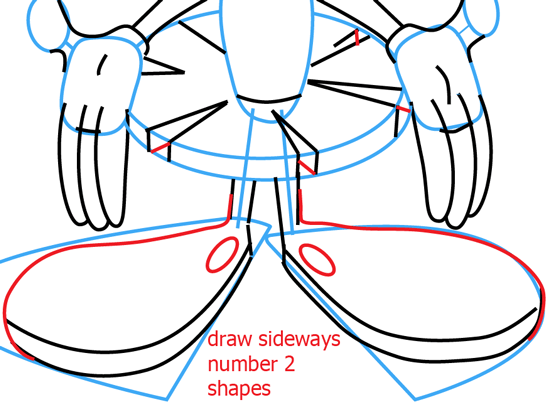 Draw sideways number ‘2’ shapes and two ovals in each shoe.

Now just draw a bunch of lines in the shoes. 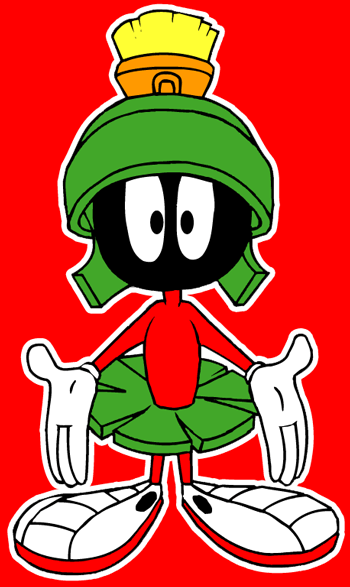