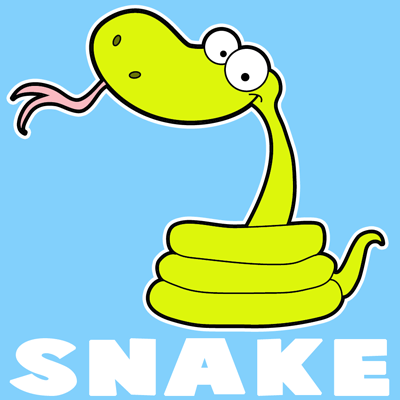 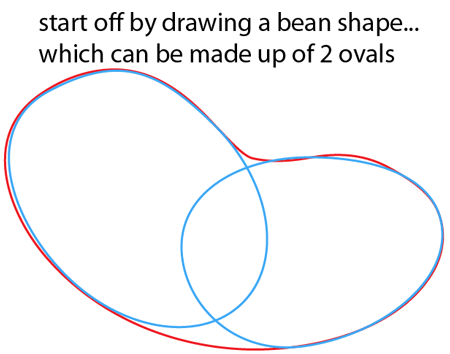 Start off by drawing a bean shape which can be made up of two ovals. 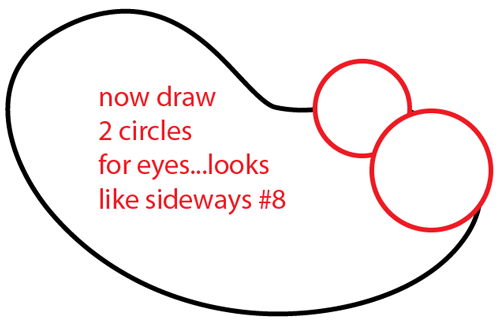 Now draw two circles for the eyes that looks like a sideways number ‘8’ shape. 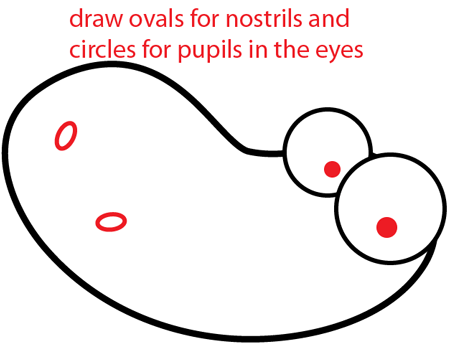 Draw ovals for the nostrils and circles for the pupils in the eyes.

Next, draw a curved line for the edge of the snake’s smile and draw two question mark shapes to start his tongue. 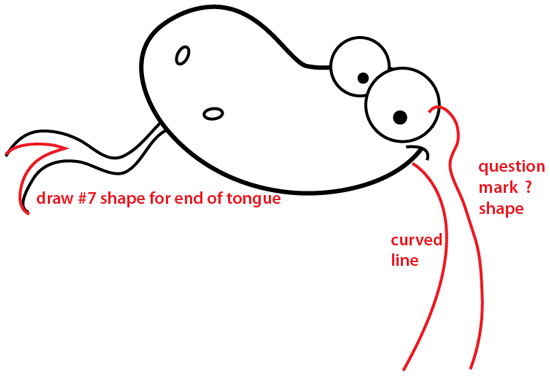 Then draw a number ‘7’ shape for the end of his tongue. To start his body, draw a question mark shape and a curved line. 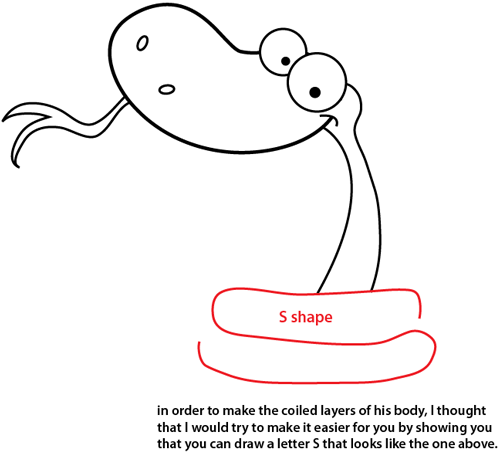 In order to make the coiled layers of his body, I thought that I would try to make it easier for you by showing you that you can draw a letter ‘S’ shape that looks like the one above. 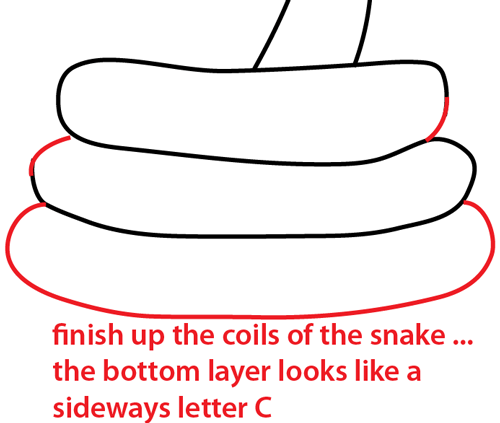 Finish up the coils of the snake. The bottom layer looks like a sideways letter ‘C’ shape.

Then draw two letter ‘S’ shape for the end of the tail. 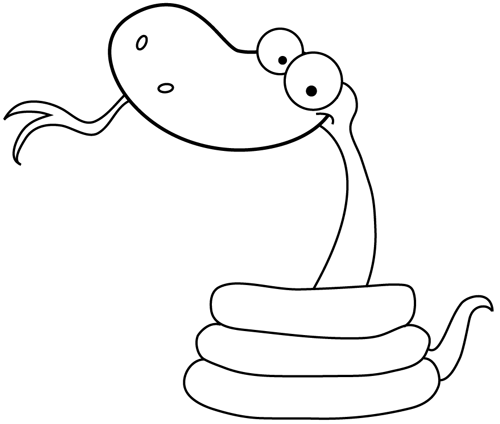 Your drawing of a cartoon snake is now finished! You can now color your snake if you like. 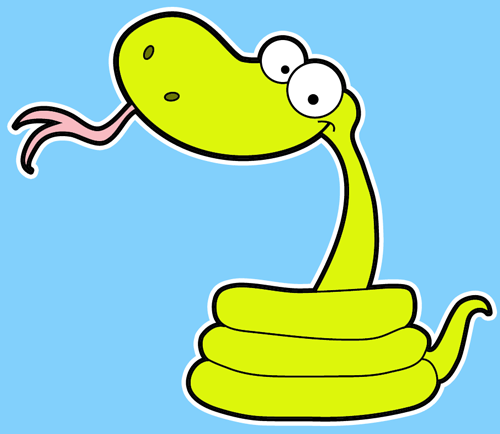