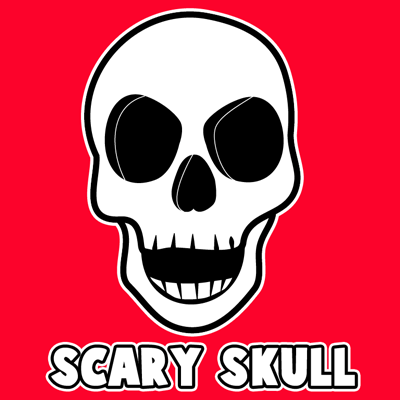 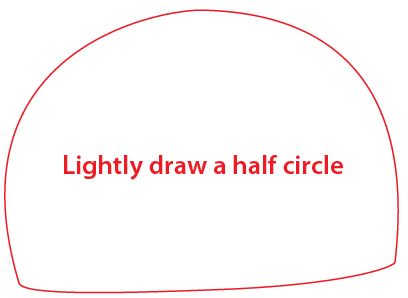 First, lightly draw a half circle. 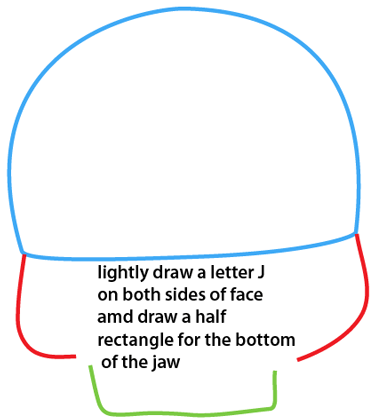 Then lightly draw a letter ‘J’ shape on both sides of the face and draw a half rectangle for the bottom jaw. 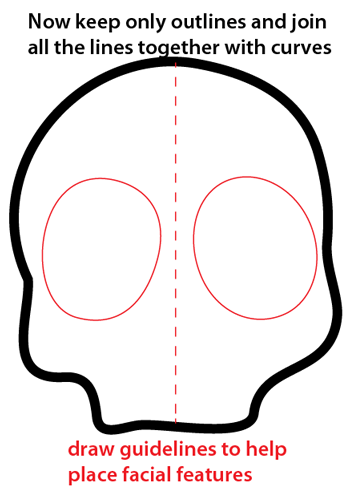 Now keep only the outlines and join all the lines together with curves to draw the face. Then draw the guidelines to help place the facial features. 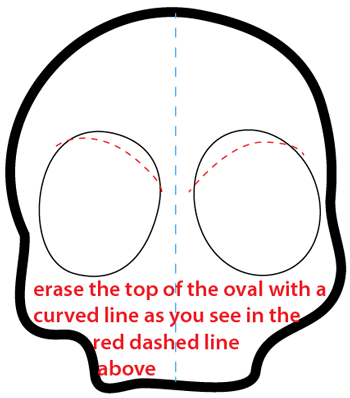 Erase the top of the oval with a curved line as you see in the red dashed line above. 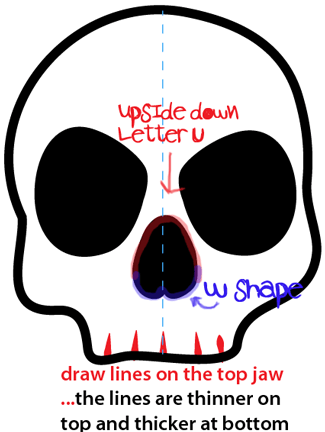 For the nose, draw an upside down letter ‘U’ shape and a letter ‘W’ shape. Draw lines on the top jaw, the lines are thinner on the top and thicker at the bottom. 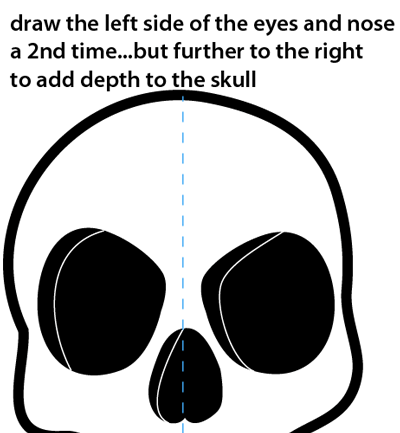 Draw the left side of the eyes and nose a second time, but further to the right to add depth to the skull. 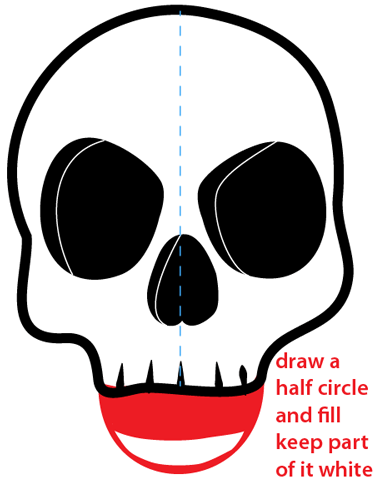 Then draw a half circle and fill. Keep part of it white. 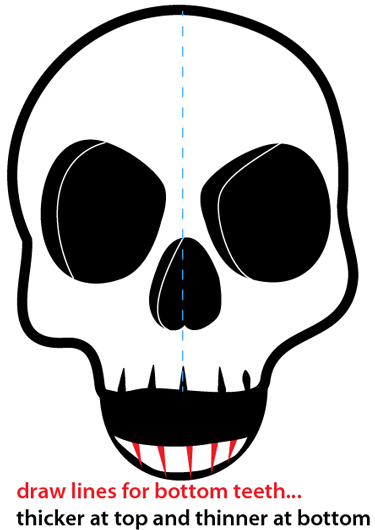 Draw lines for the bottom teeth. The lines are thicker at the top and thinner at the bottom. 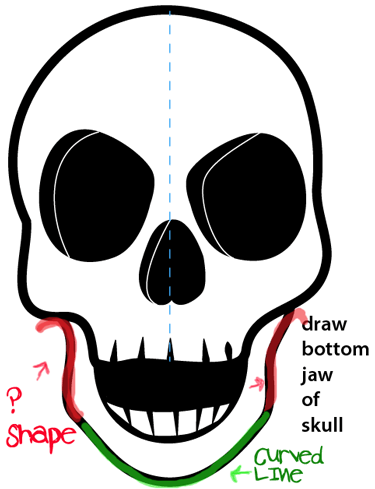 Finally, draw the bottom jaw of the skull. 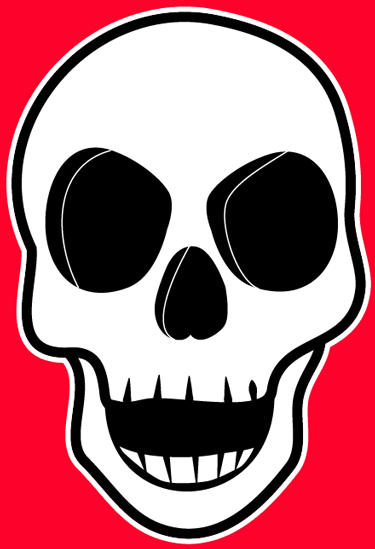