Today we will show you how to draw Buster Baxter from PBS’s Arthur. Learn how to draw this character with the following simple step to step tutorial. 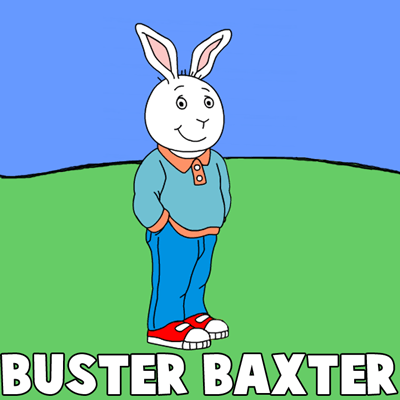 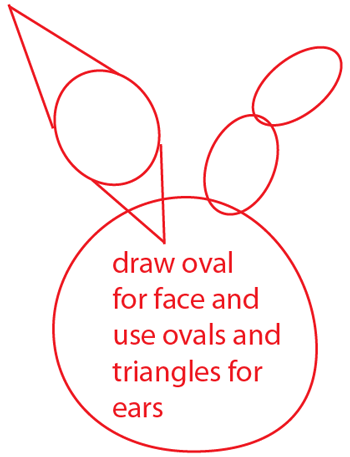 Draw an oval for the face and draw ovals and triangles for the ears. 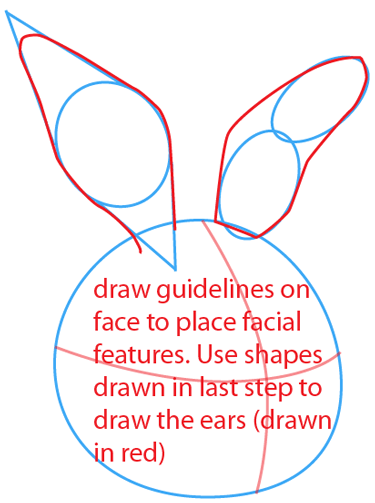 Draw guidelines on the face to place the facial features. Use the shapes down in the last step to draw the ears. 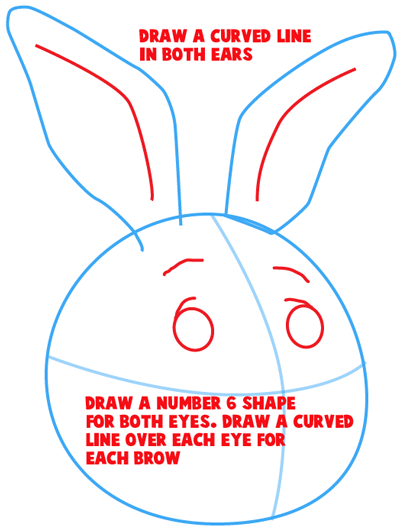 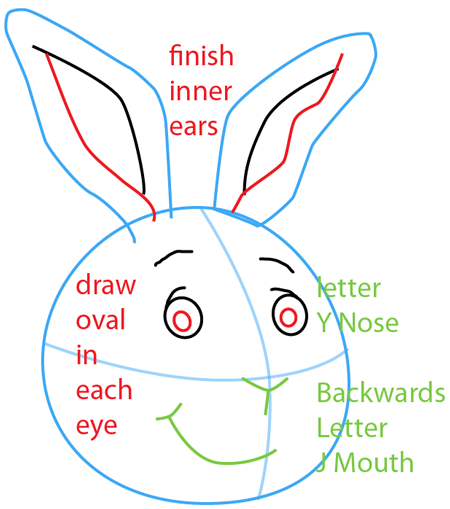 Now finish the inner ears and draw an oval in each eye. Draw a letter ‘Y’ shape nose and a backward letter ‘J’ mouth. 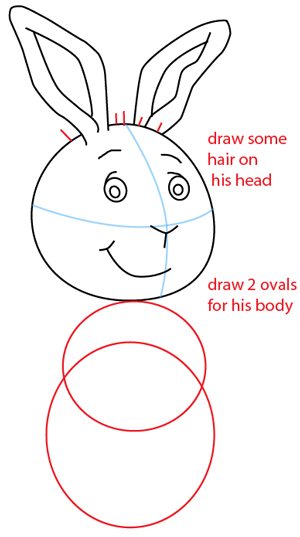 Draw some hair on his head and draw two ovals for his body. 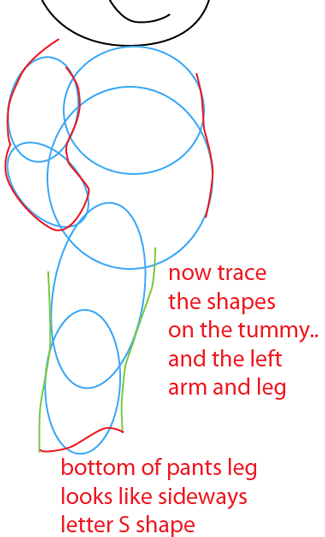 Trace the shapes on the tummy and the left arm and leg. Draw the bottom of the pants leg that looks like a sideways letter ‘S’ shape. 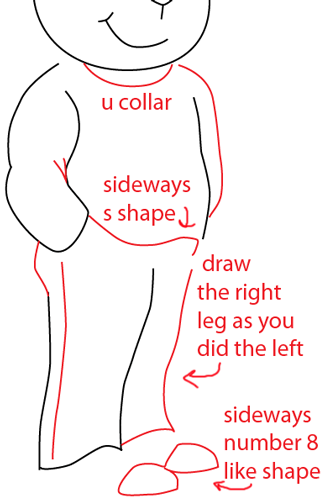 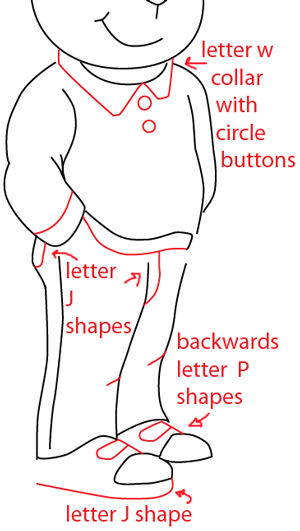 Draw a letter ‘W’ collar with circle buttons and letter ‘J’ shapes as seen in the above illustration. Draw a backwards letter ‘P’ shape for the shoe details. 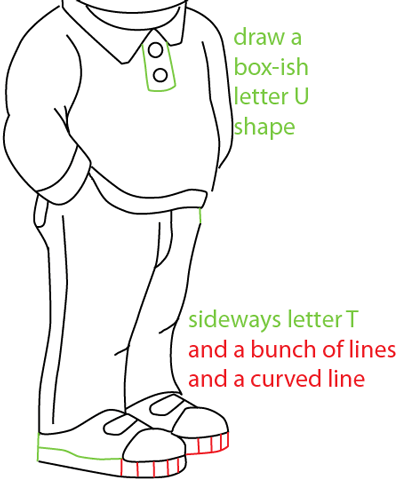 Draw a box-ish letter ‘U’ shape around the shirt buttons. Draw a sideways letter ‘T’ shape and a bunch of lines and a curved line to finish the shoe details.