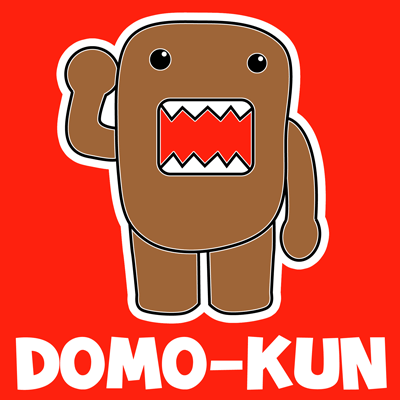 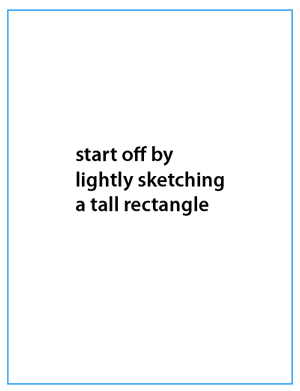 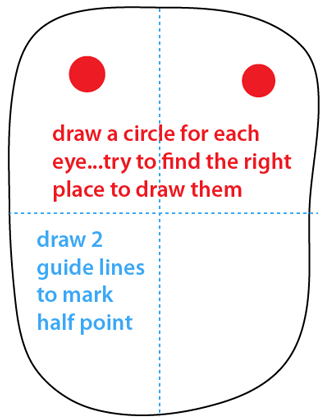 Then draw two guide lines to make the half point. Draw a circle for each eye, try to find the right place to draw them as seen in the illustration above. 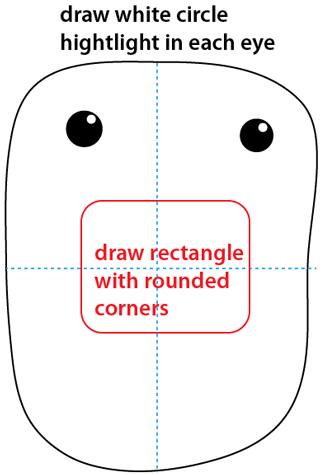 Next, draw a white circle highlight in each eye. Then draw a rectangle with rounded corners. 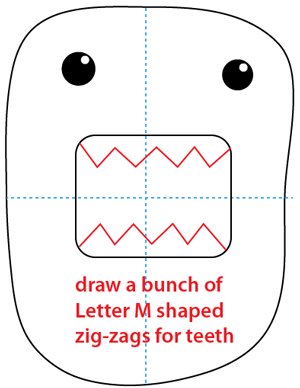 Draw a bunch of letter ‘M’ shaped zig-zags for the teeth. 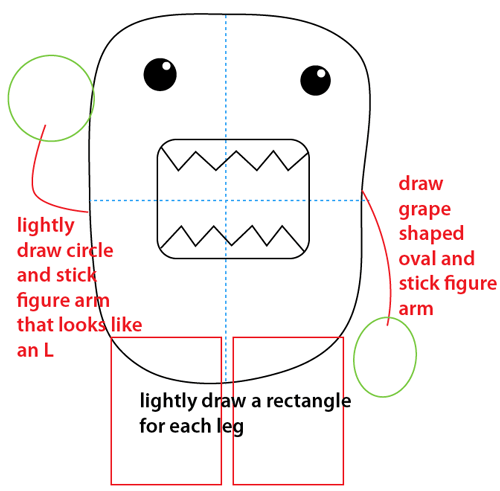 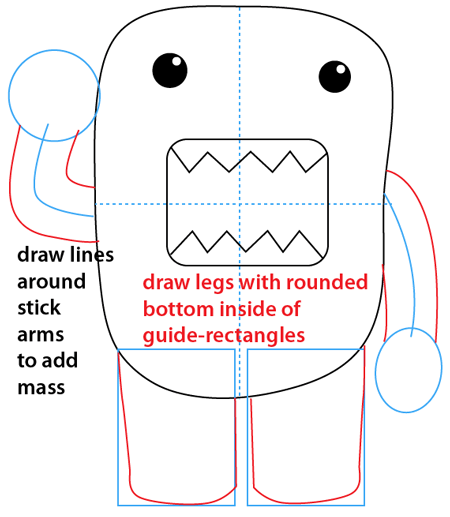 Next, draw lines around the stick arms to add mass and then draw legs with rounded bottoms inside of the guide rectangles. 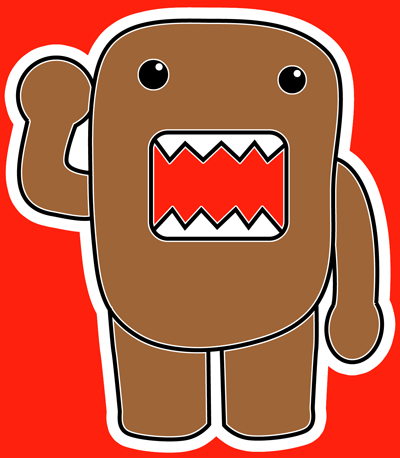