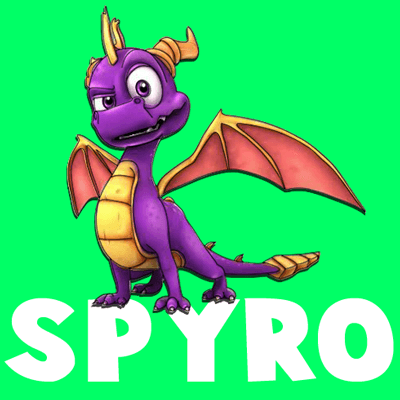 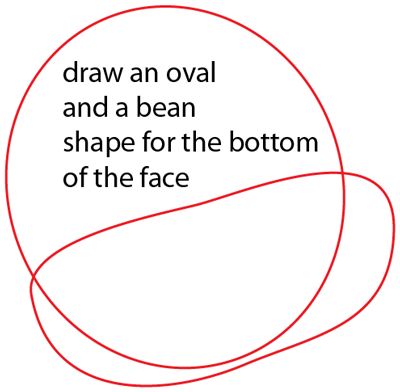 First, draw an oval and a bean shape for the bottom of the face. 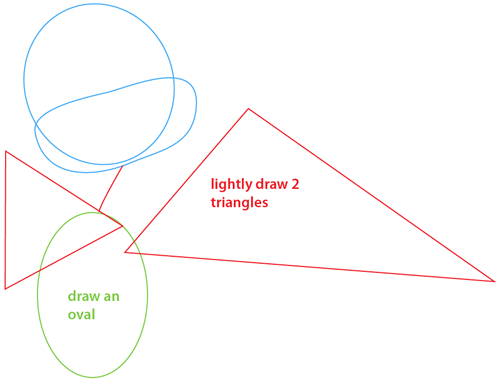 Lightly draw two triangles for the wing’s guide shapes. Then draw an oval for his tummy area. 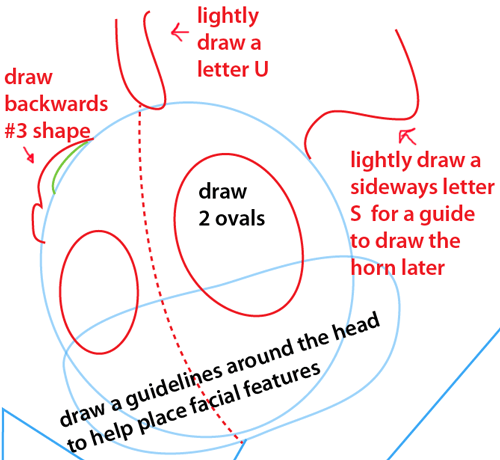 Draw a guideline in the middle to help place the facial features. Then draw two ovals for his eyes. Draw a backwards number ‘3’ shape. Lightly draw a letter ‘U’ shape and a sideways letter ‘S’ shape for a guide to draw the horn later. 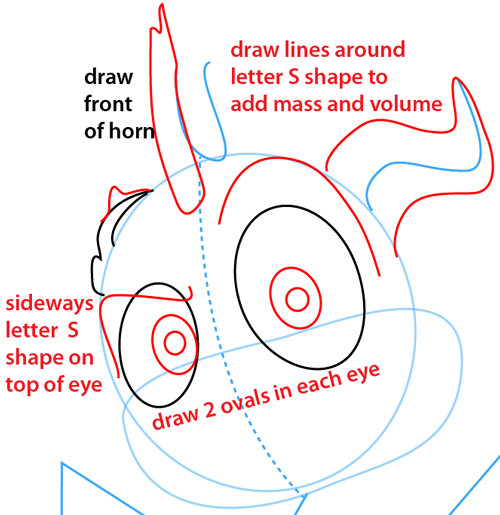 Draw the front of the horn and draw lines around the letter ‘S’ shape to add mass and volume. Then draw a sideways letter ‘S’ shape on the top of his left eye, a curve line above his right eye and two ovals in each eye. 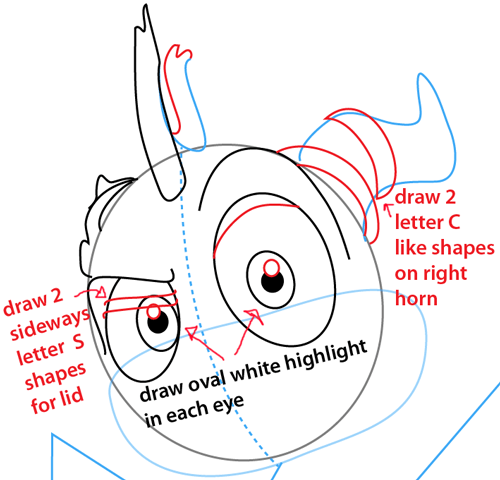 Next, draw white ovals highlights for each eye and two sideways letter ‘S’ shapes for the left lid and a curved line for the right lid. Draw two letter ‘C’ like shapes on the right horn.