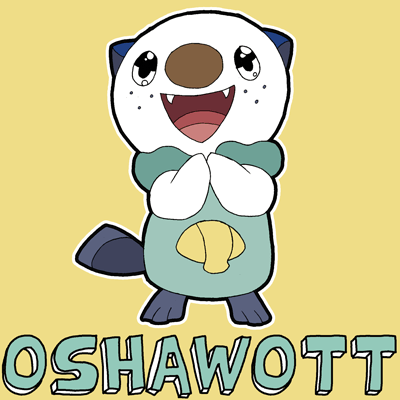 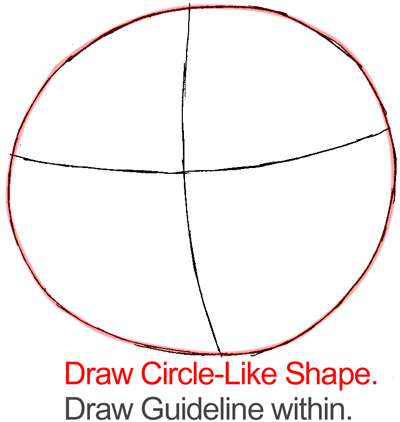 Oshawott’s head is a large circle. 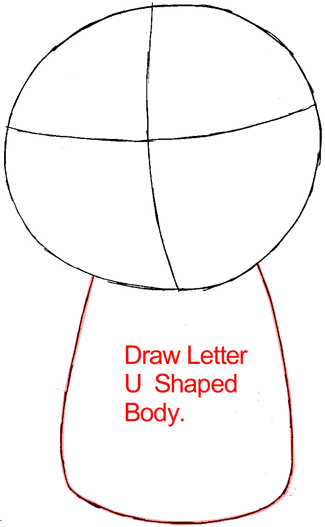 Add a small rectangle below for the body. 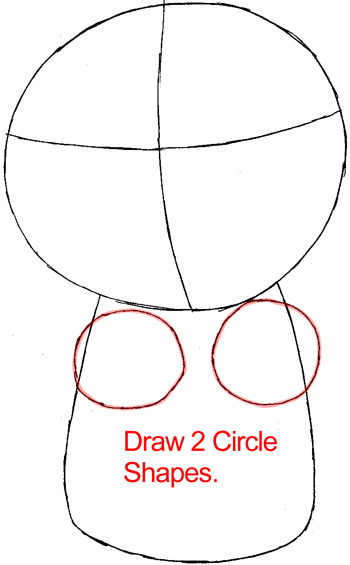 For its arms, use two circles. 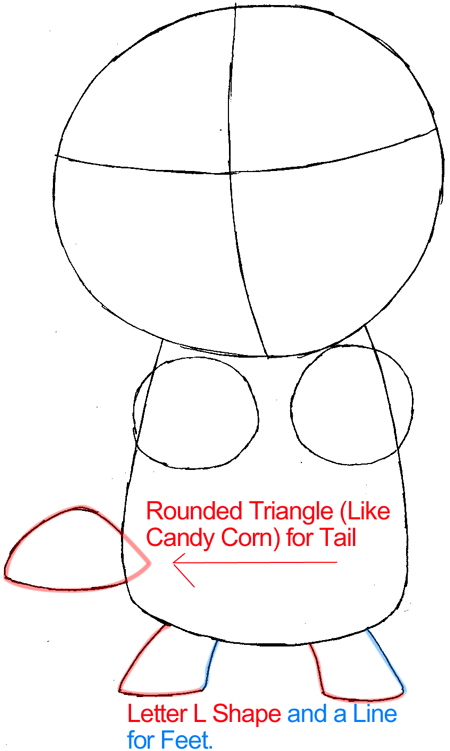 The tail is a small triangle shape. Use two rectangles for the feet. 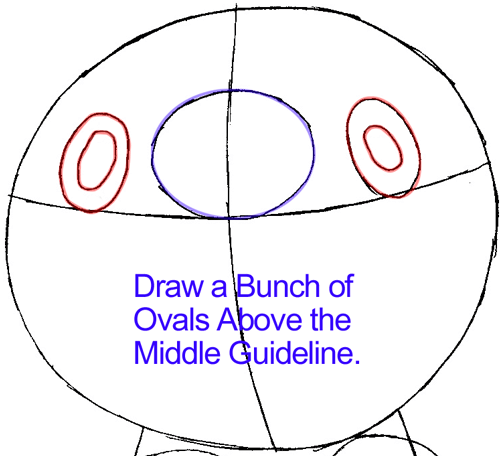 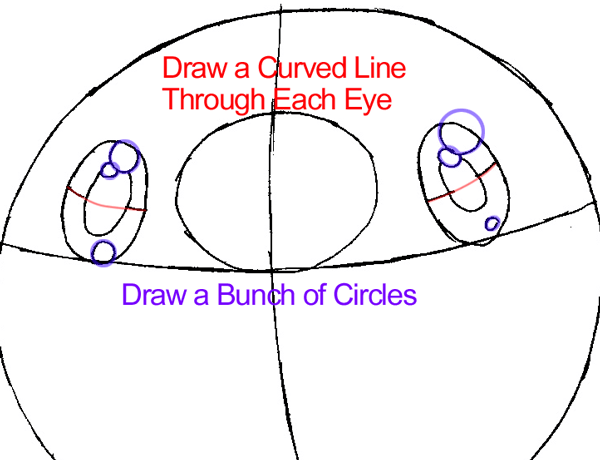 The face is simple. Use two circles over each other for the eyes, and a larger circle for the nose. 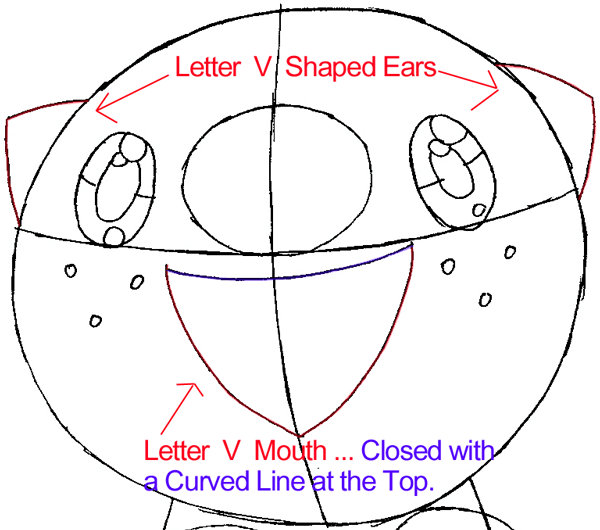 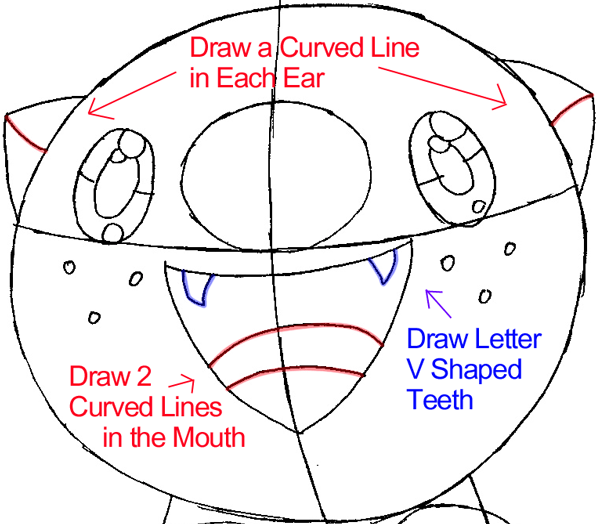 Add 3 freckles under the eyes and a large triangular mouth with 2 fangs. Use 2 smaller triangles for the ears. 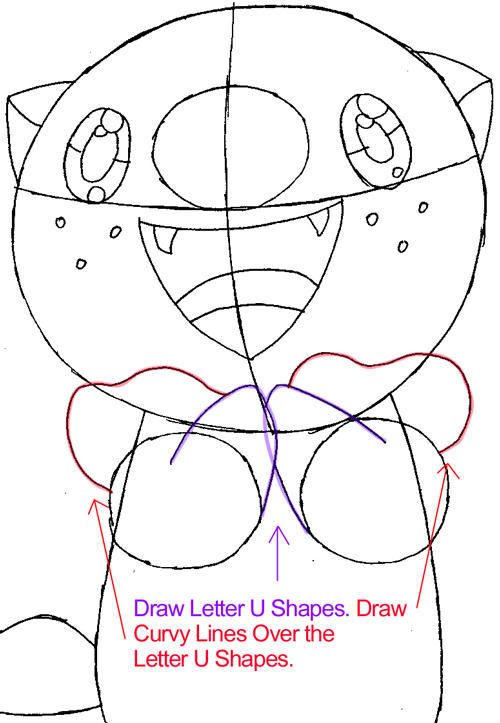 Add a small curvy shawl shape on the neck. Oshawott’s has two triangular flippers instead of hands. 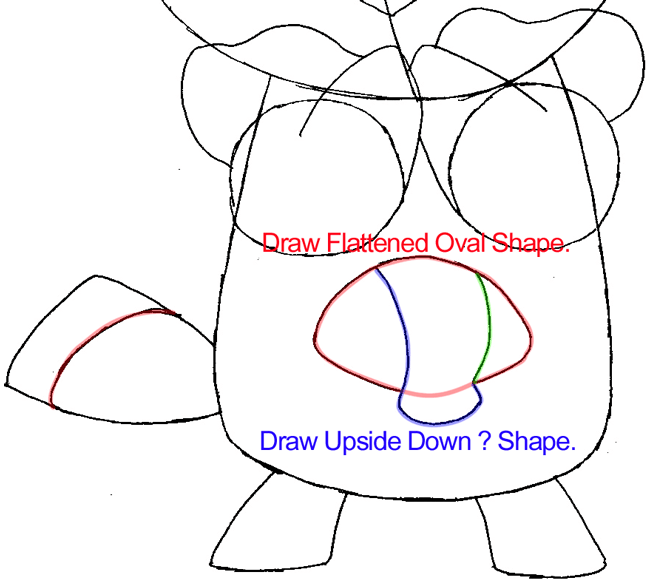 Add a shell on its belly and an extra stripe for the tail.

Use 2 lines at the feet for the toes. 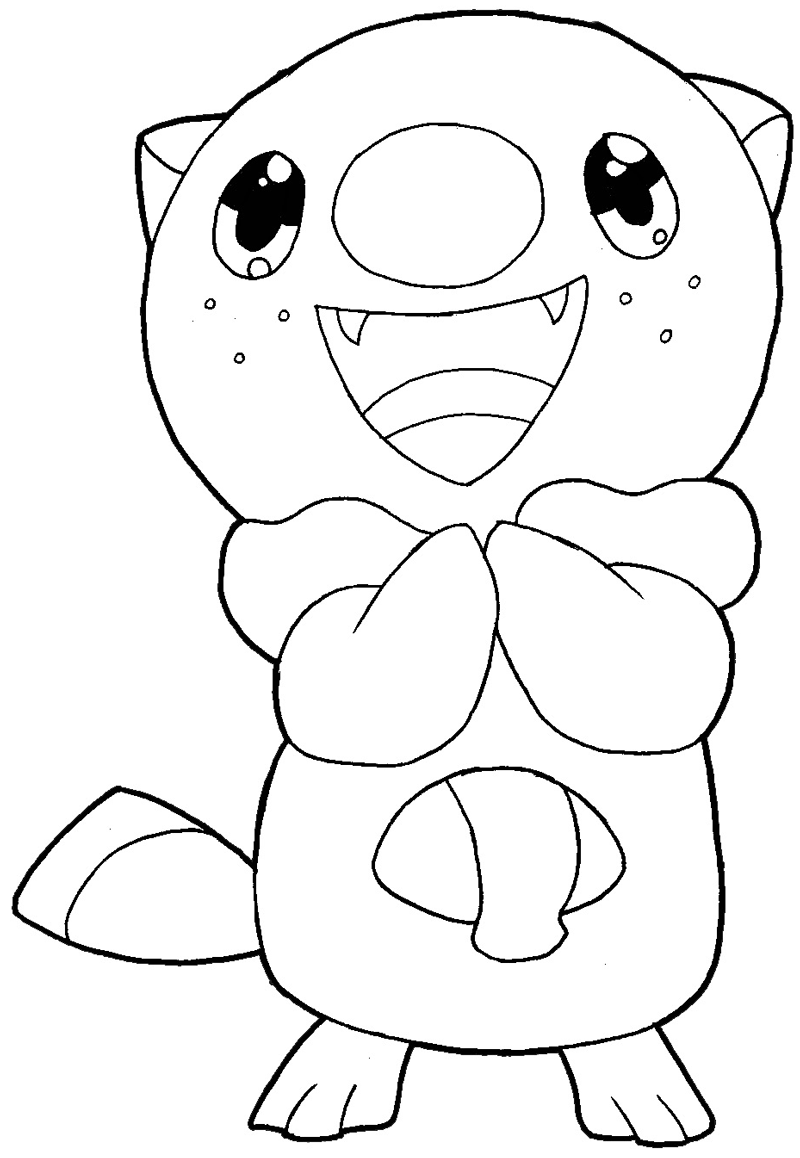 Give the eyes a black shade and you’re done. I hope that this tutorial helped you to draw Oshawott from Pokémon and that you had a lot of fun 🙂