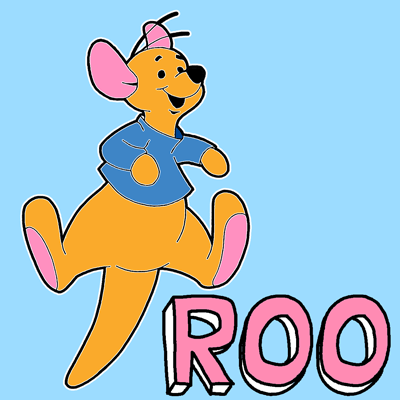 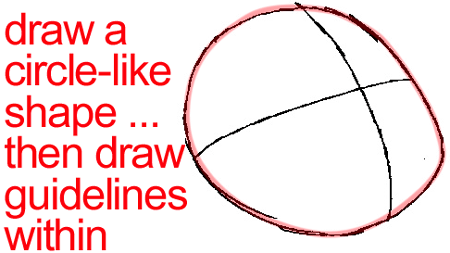 First you need to draw a circle-like shape for his head and then draw guidelines within his face, 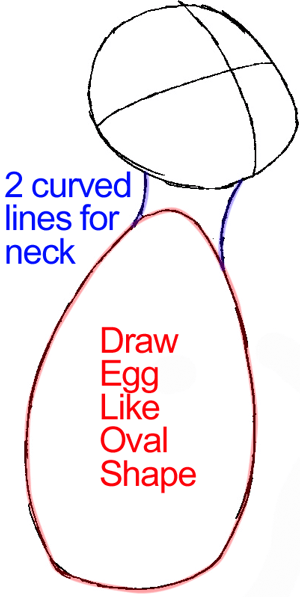 Draw two curve lines for his neck and an egg like shape for his body. 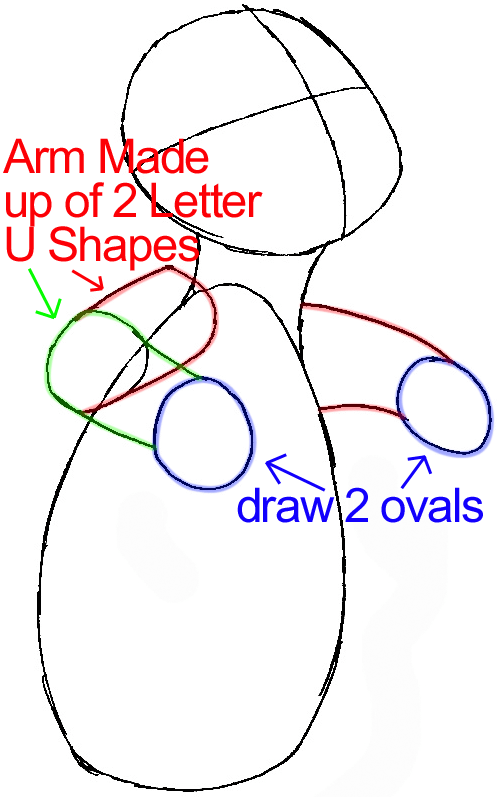 Next, draw his arms using basic shapes and letters. 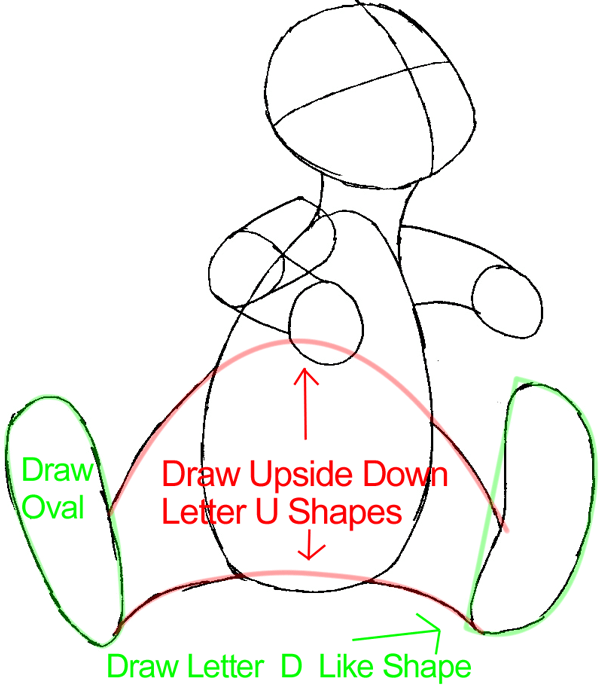 Draw his legs and feet just like the diagram above 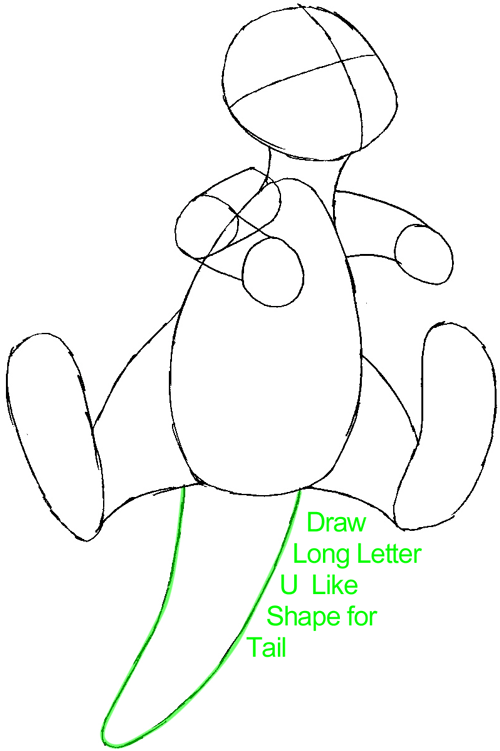 Draw a long letter ‘U’ shape for his tail. 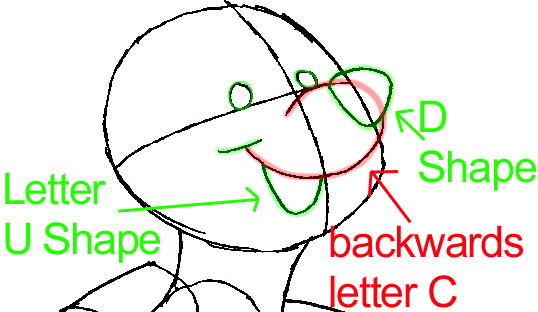 Use the guidelines to draw his facial features. 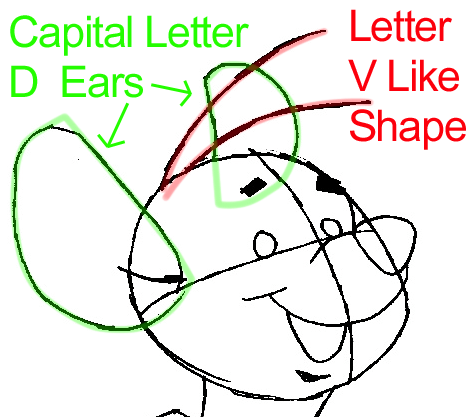 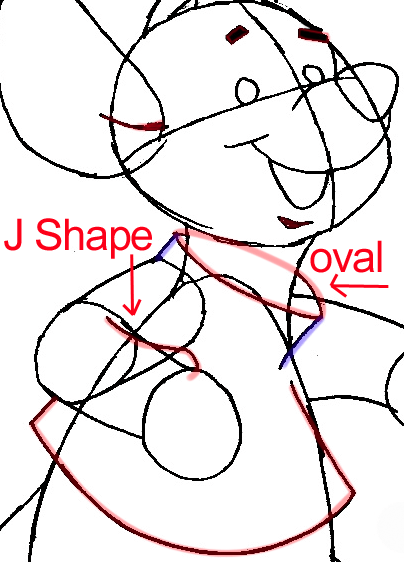 Next, draw the outline of his shirt.

Draw the details on his feet and your done! 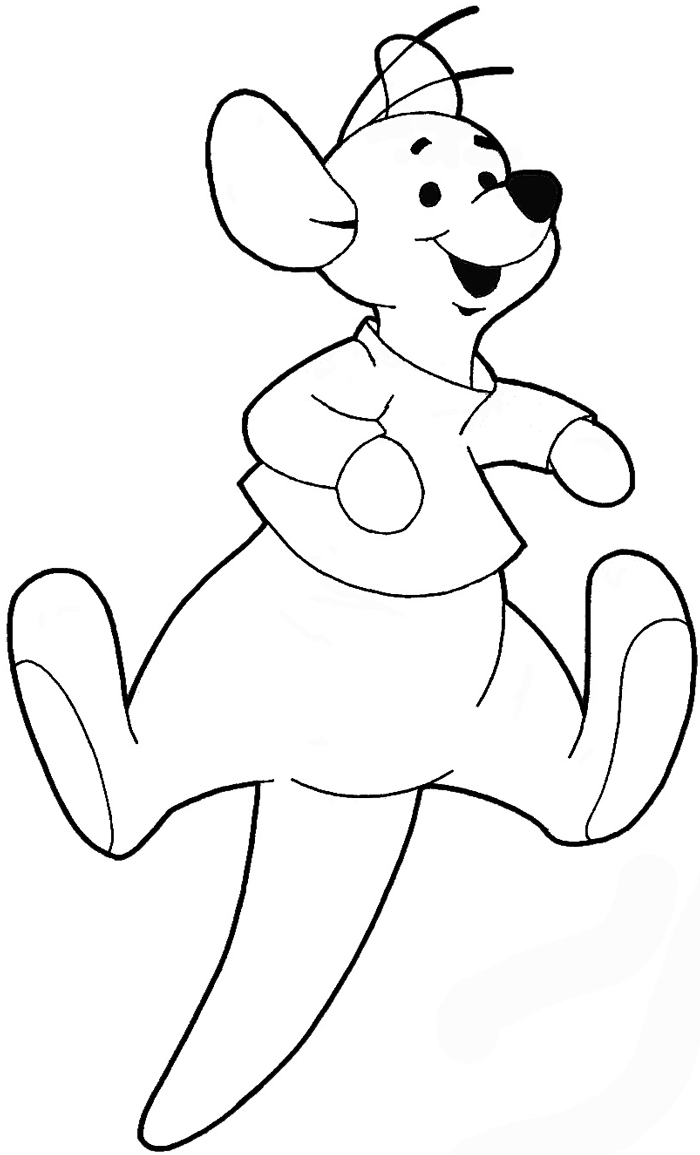