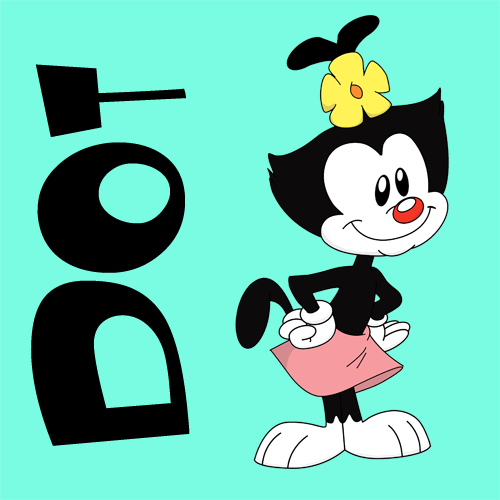 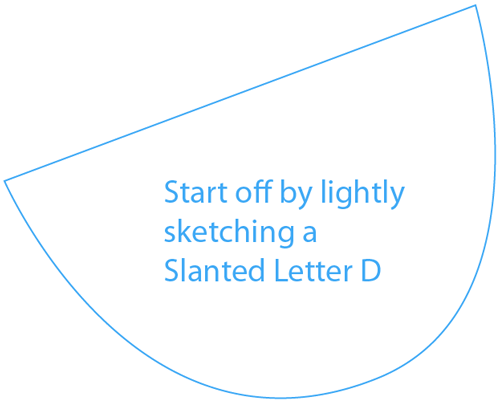 Start off by lightly drawing a slanted letter ‘D’ shape. 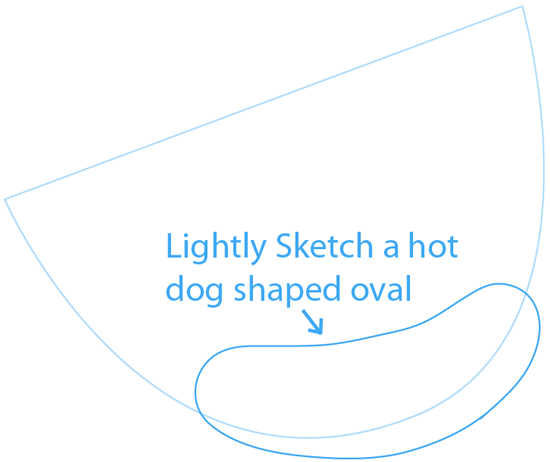 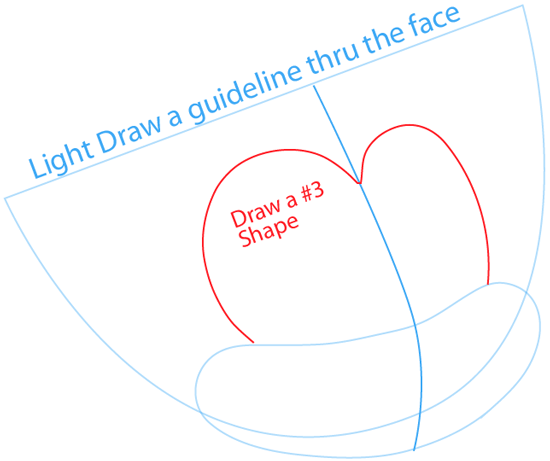 Draw a  sideways number ‘3’ shape above the hot dog shape and now you have her face. Lightly draw a guideline through the face to help you place the facial features in the later steps. 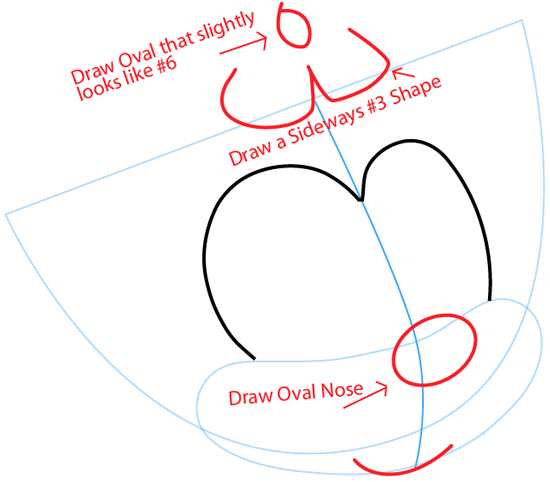 Draw an oval nose and a curved line for her chin. Start drawing her flower on her head by drawing a sideways number ‘3’ shape and an oval that slightly looks like a number 6. 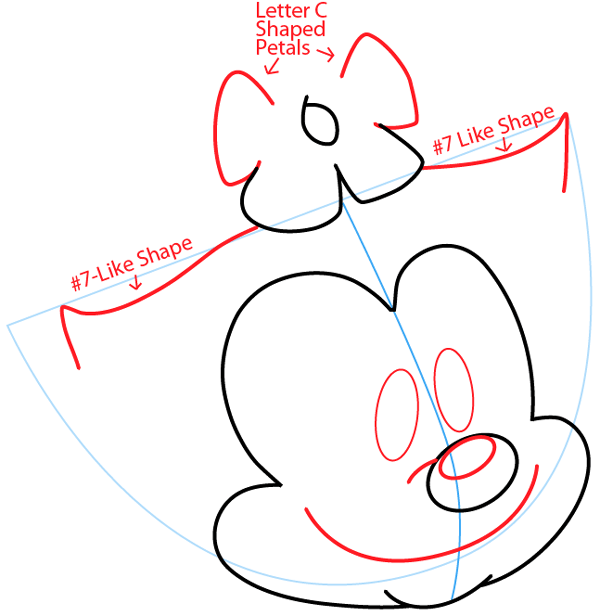 Draw her eyes, nose, mouth and top of her hair. Also draw two more petals of her flower. 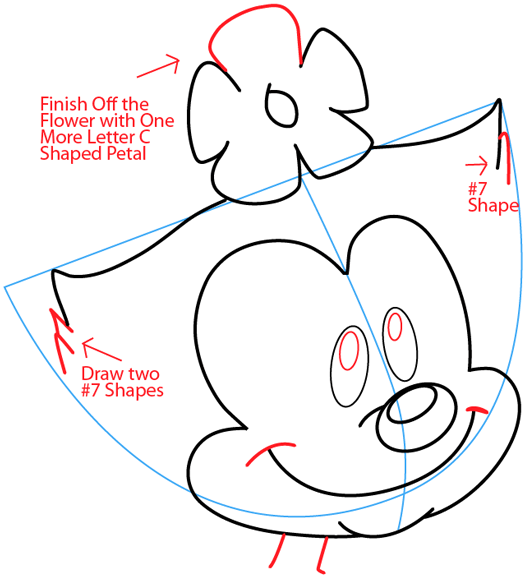 Finish off the flower with one more letter ‘C’ shaped petal. Then draw the waves in her hair, corners of her mouth, her pupils and neck. 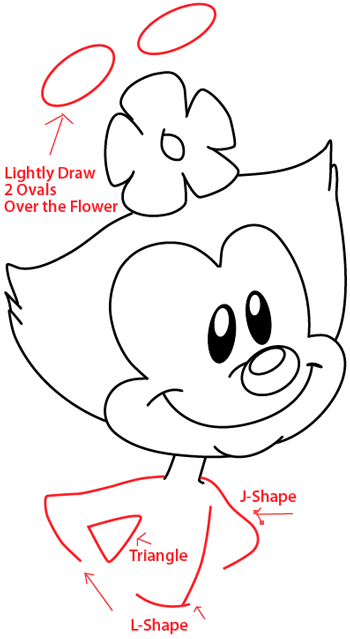 Lightly draw two ovals over the flower for the top of her ears. Then draw a triangle, letter ‘L’ shape and letter ‘J’ shape for her arms and mid section. 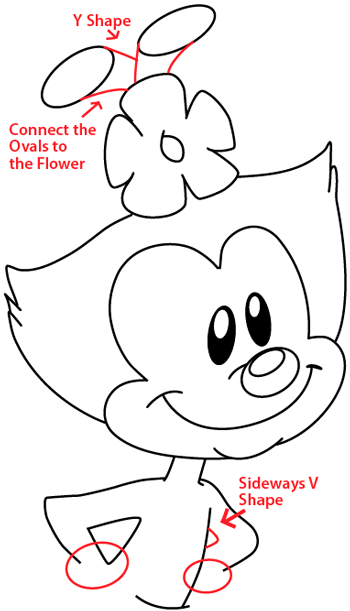 Connect the ovals to the flower and lightly draw two ovals for her end of her blouse and a sideways letter ‘V’ shape  by her arm. 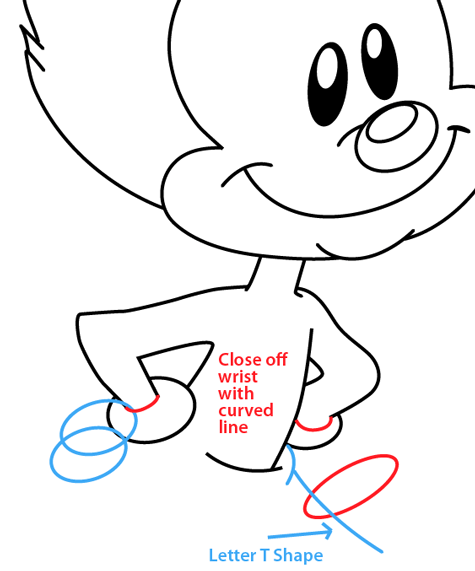 Prepare to draw her hands and skirt. Also close off the wrists with curved lines. 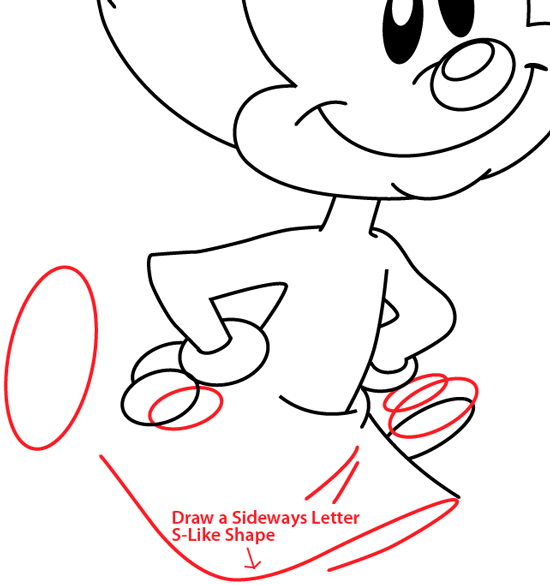 Draw her skirt and some fingers. Next draw an oval to the left for the tip of her tail. 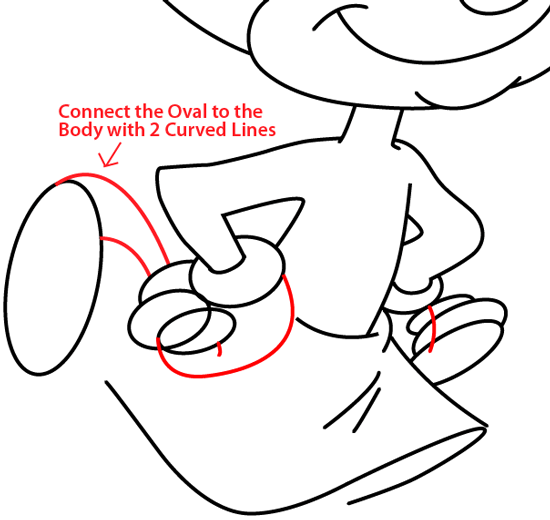 Connect the oval to the body with two curved lines and complete her hand. 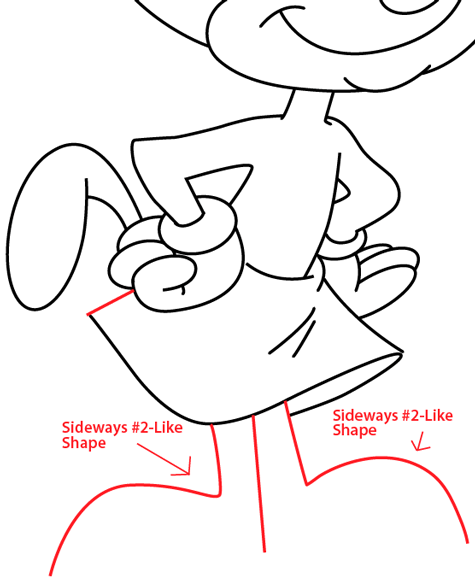 Complete her skirt and start  her feet by drawing two sideways number ‘2’ like shapes. 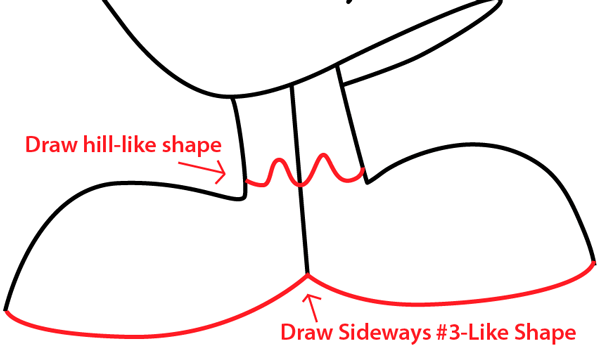 Draw a hill like shape to divide the feet from the legs (black and white when colored). Draw a sideways number ‘3’ like shape for the bottom of her feet. 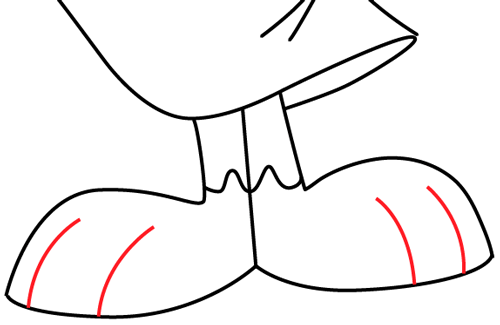