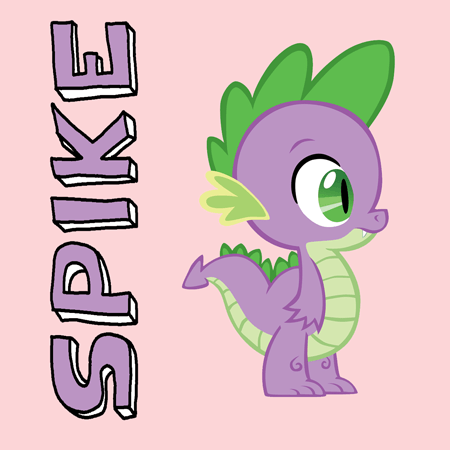 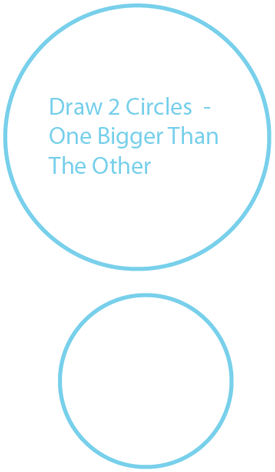 Draw two circles, one bigger than the other. 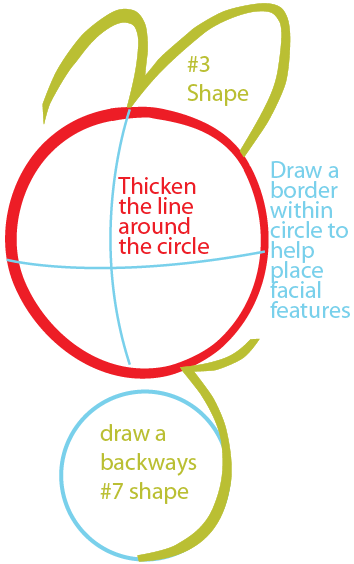 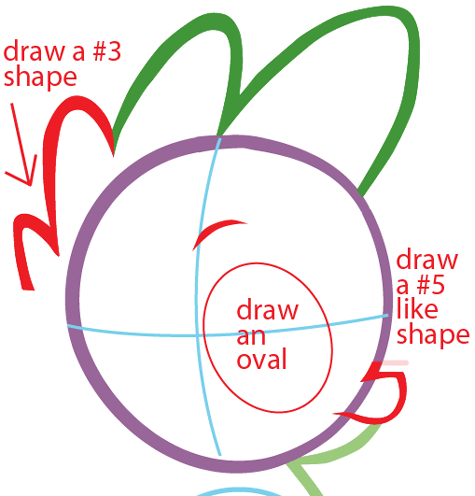 Draw a second number ‘3’ shape. Draw an oval for his eye, and a curved line for his eyebrow. Then draw a number ‘5’ like shape for his nose. 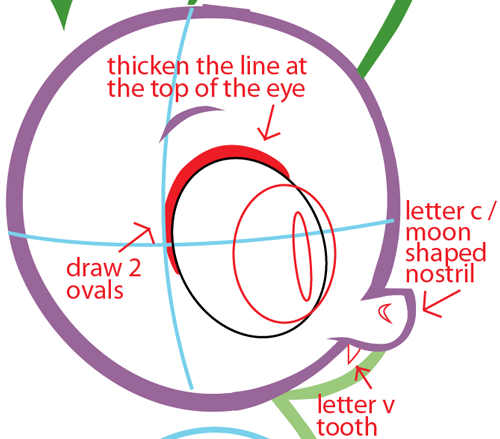 Thicken the line at the top of the eye and draw two ovals. Draw a letter ‘V’ shape for his tooth and a letter ‘C’/Moon shaped nostril. 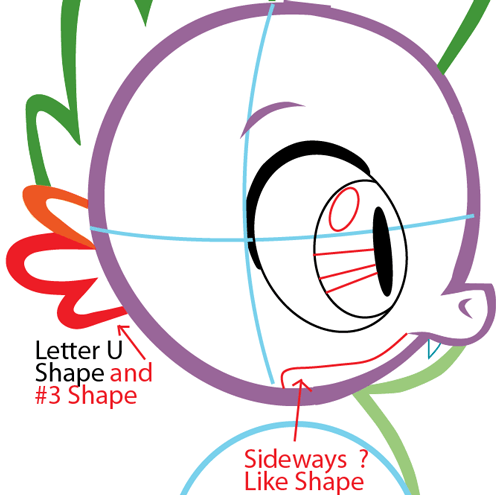 Draw a sideways question mark like shape for his mouth and a letter ‘U’ shape and another number ‘3’ shape for the spikes on his head. 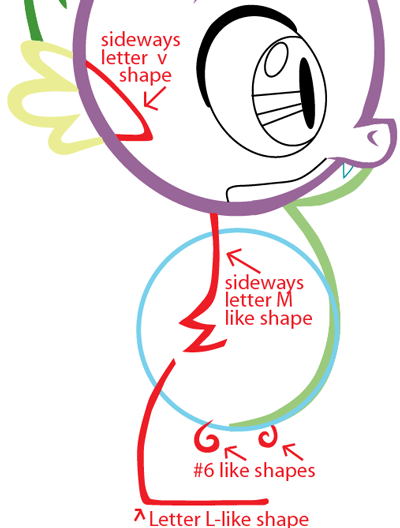 Now follow the illustration above to draw his body using simple shapes (the diagram broke it down). Also draw his ear. 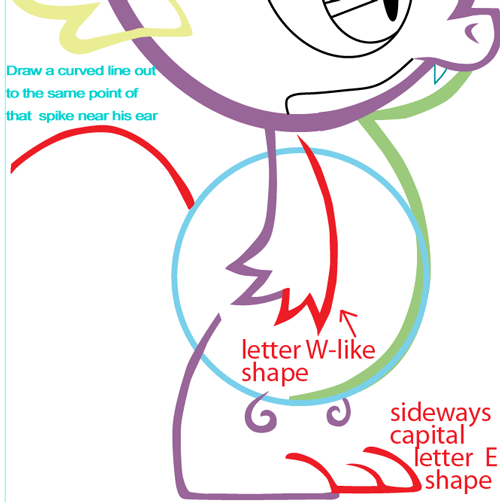 Draw a curved line out to the same point that spike near his ear. Also draw letter ‘W’ like shape for his fingers and sideways capital letter ‘E’ shale for his toes. 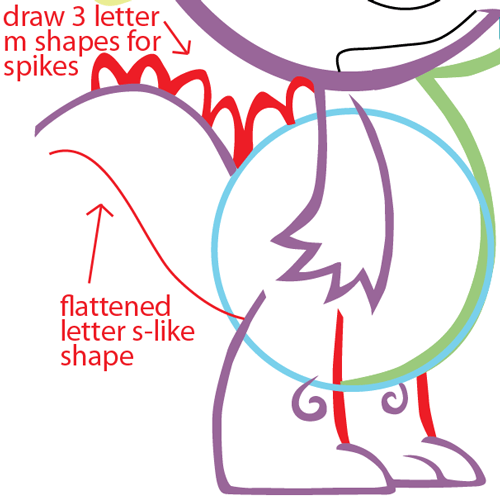 Draw there letter ‘M’ shapes for the spikes on his tail and a flattened letter ‘S’ like shape for the bottom of his tail. And draw long times to divide his legs. 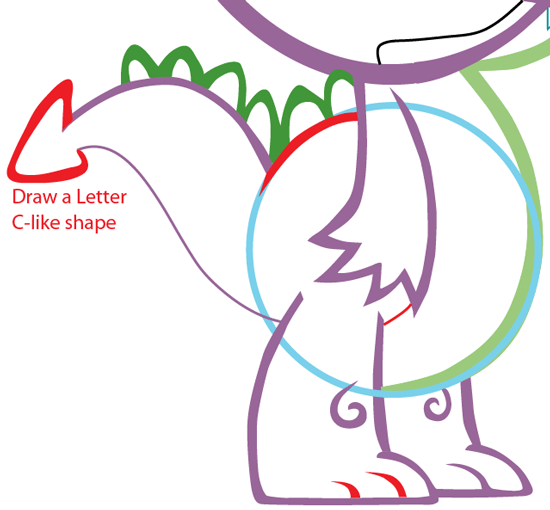 Draw a letter ‘C’ like shape for the tail. 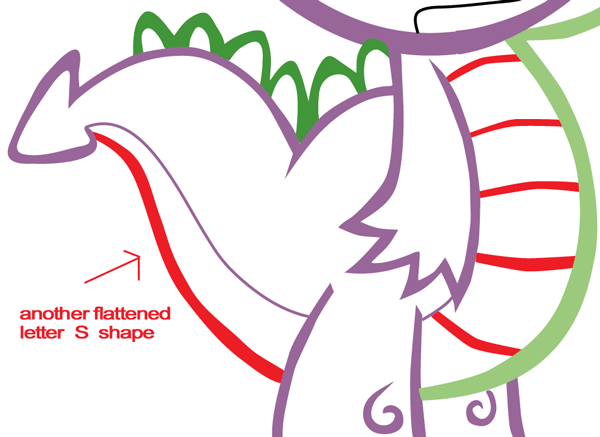 Draw another flattened  ‘S’ shape for the bottom of his body and draw lines for the details on his chest. 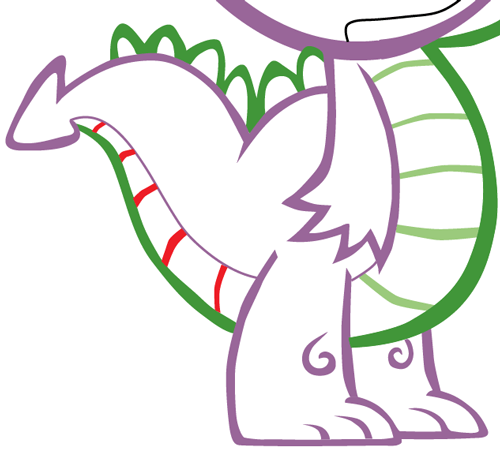 Finally add the last of his details.