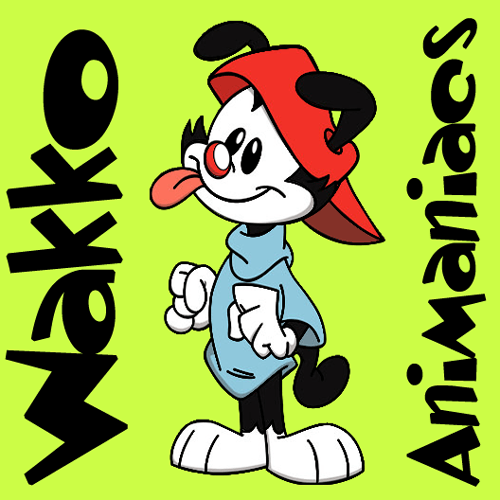 Start off by drawing a circle and an oval and join then with a line and then draw two lines coming from the oval. 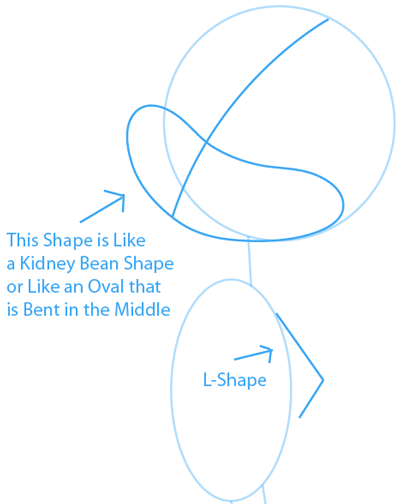 On the lower left of the circle draw a kidney bean like shape  and then draw a letter ‘L’ shape to the right of the oval. 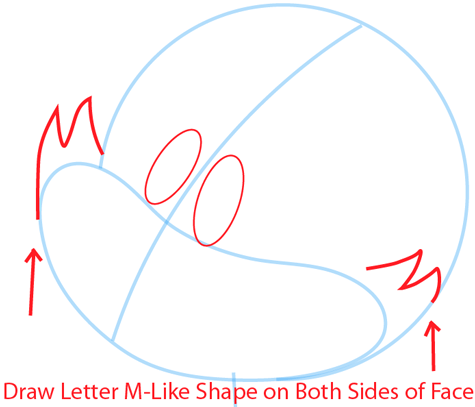 Draw letter ‘M’ shape on both sides of his face. 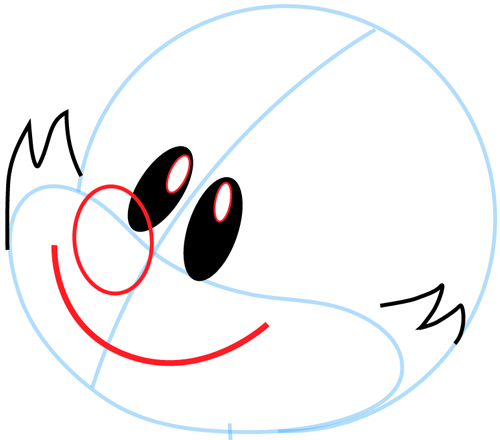 Draw an oval for his nose and a curved line for his smile. Also draw an ovals inside each eye for the pupils. 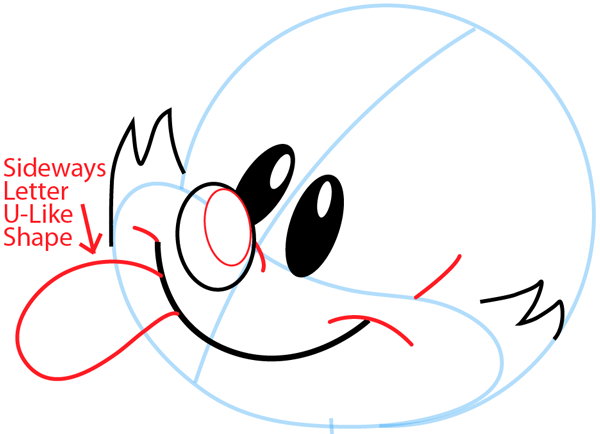 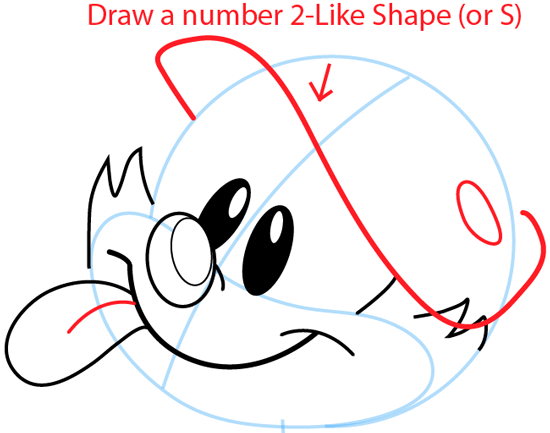 Next, draw a curved line in the middle of his tongue. In his step you will start his cap by drawing a number’2′ like shape or a letter ‘S’. And draw an oval on the cap (later you will draw his ears will come through the hole). 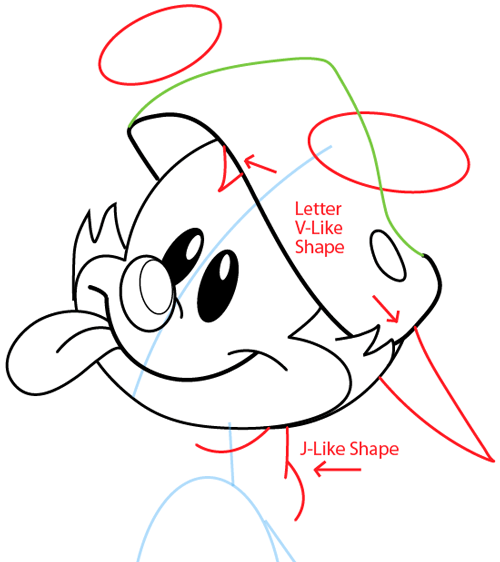 Draw two ovals on the top of the cap (these will be the top of his ears). Then draw two letter ‘V’ shapes, one for his hairline and one for the back of his cap. Draw a letter ‘J’ like shape for his collar and neck. 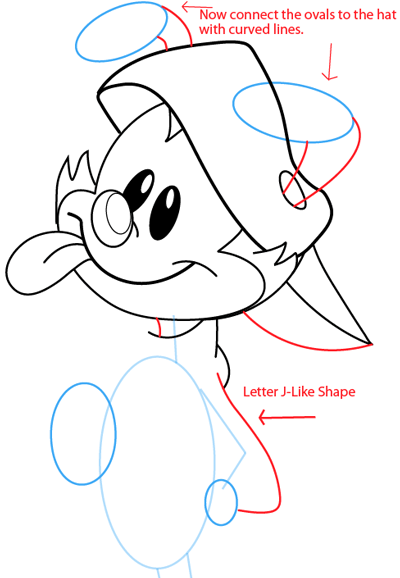 Now connect the ovals to the hat with curved lines (his ears) and complete his hat. Draw a letter ‘J’ like shape for his arm. 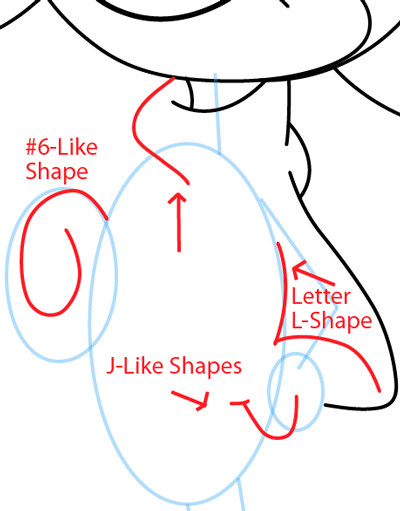 Use the diagram above to guide you in drawing his hand and shirt with the help of letters and number shapes. 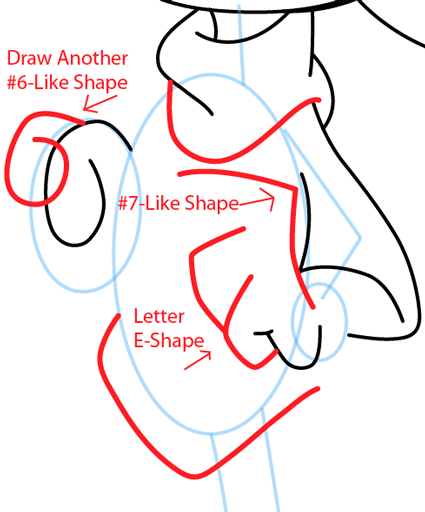 Continue drawing shapes for his hand and shirt. 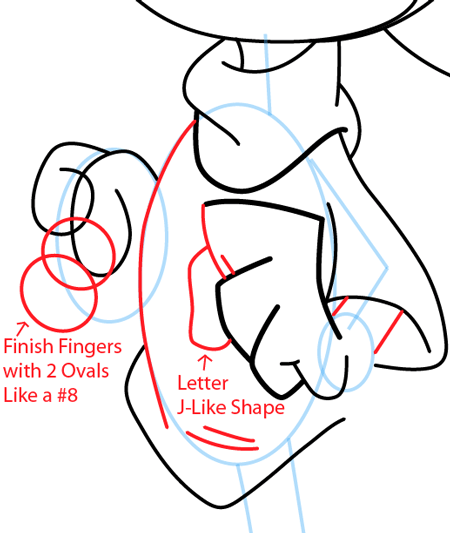 Draw ovals and letter ‘J’ shape for his fingers and use curved line to complete his shirt. 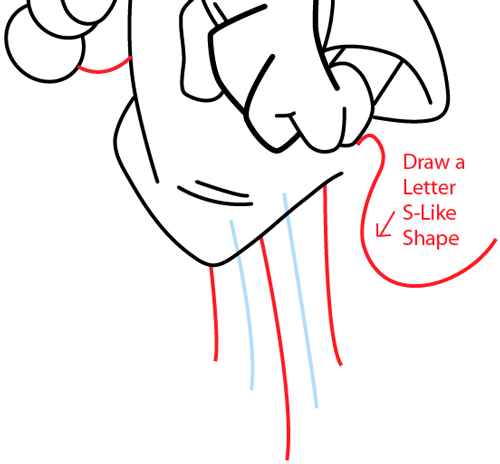 Begin his tail and feet by drawing a letter ‘S’ like shape for the tail and 2 slightly curved lines for his legs. 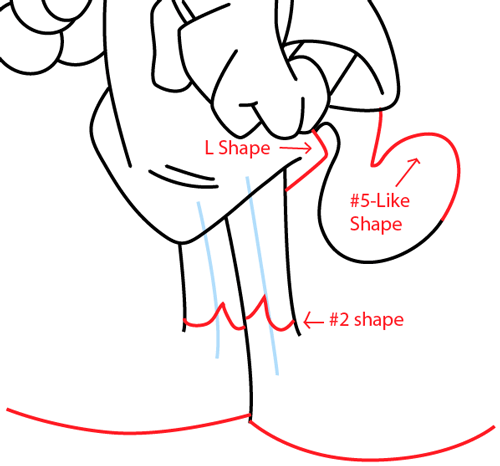 Complete his tail by drawing  a number ‘5’ shape and draw two number ‘2’ shapes for the top of his feet (to divide the white from the black) . Draw two curved lines for the bottom of his feet. 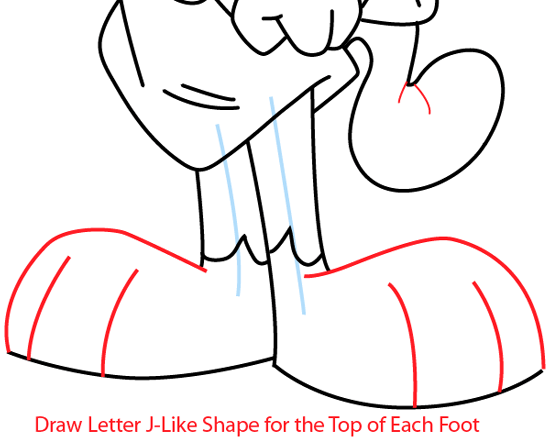 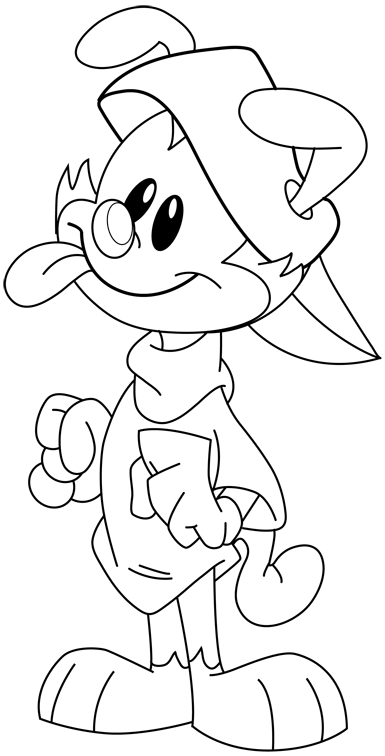