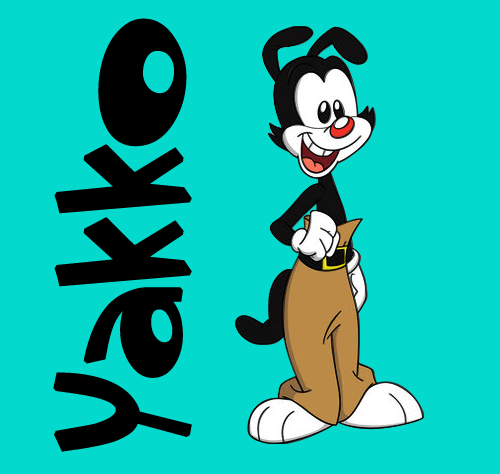 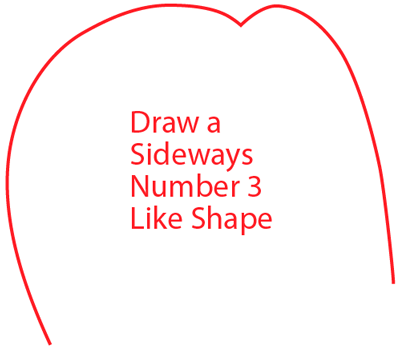 First you need to draw a sideways number ‘3’ like shape. 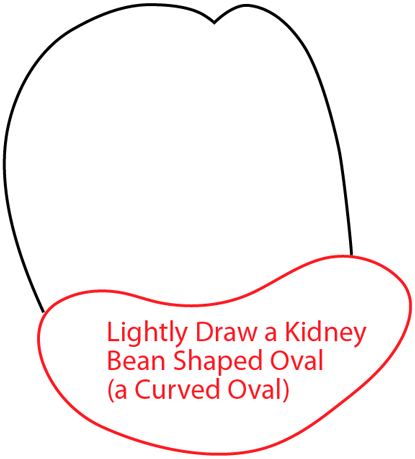 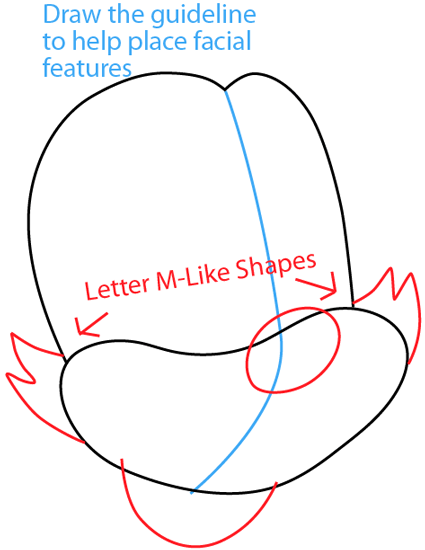 Next, draw the guideline to help place the facial features. Draw an oval for the nose and two letter ‘M’ like shapes for the hair on the side of his face. Draw a half a circle below the kidney bean shape (this is where the bottom part of his mouth will be). 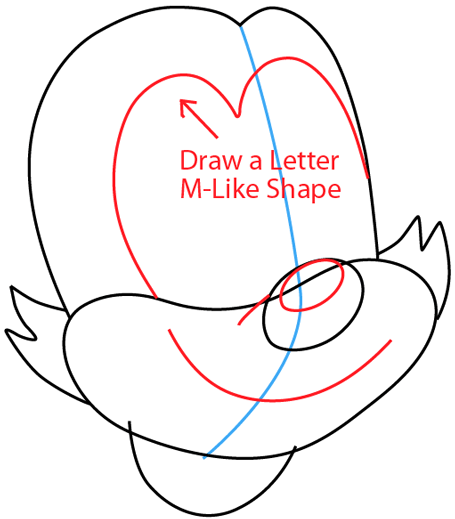 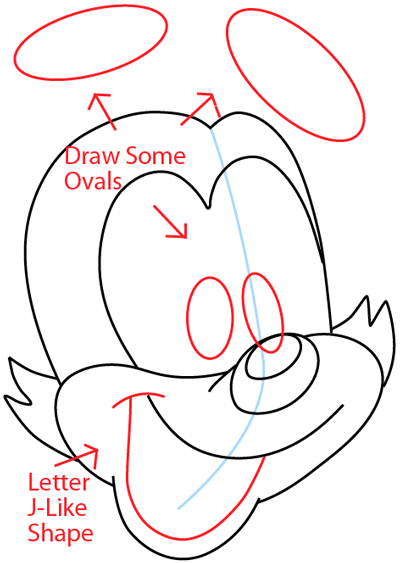 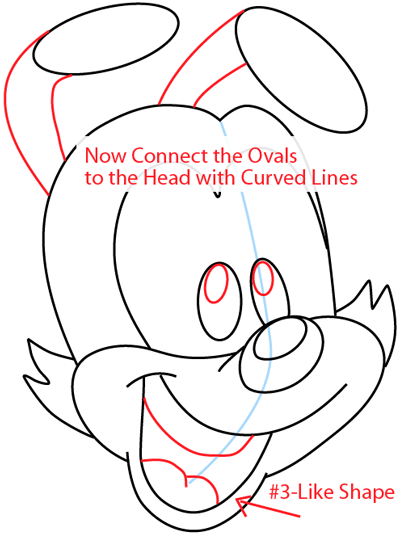 Now connect the ovals to the head with curved lines (ears). And then draw a number ‘3’ like shape for his tongue and a curved line for where his teeth will be.  Next, draw two ovals for his pupils. 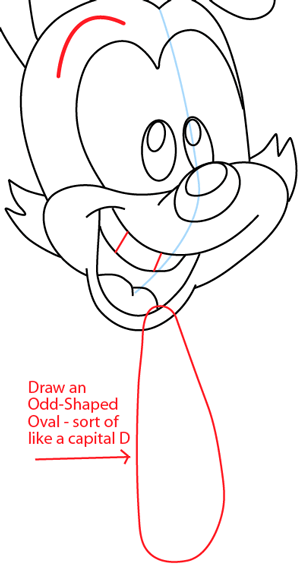 Draw a cured line for his eyebrow and two lines to complete his teeth. Draw an odd-shaped oval (sort of like a capital letter ‘D’ shape). 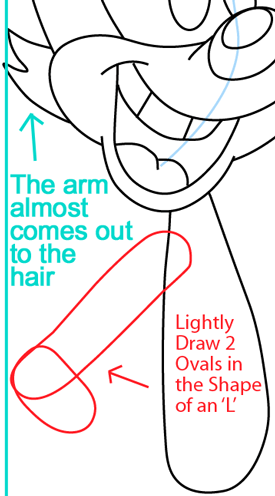 Them draw his arm by lightly drawing two ovals in the shape of a letter ‘L’ shape. 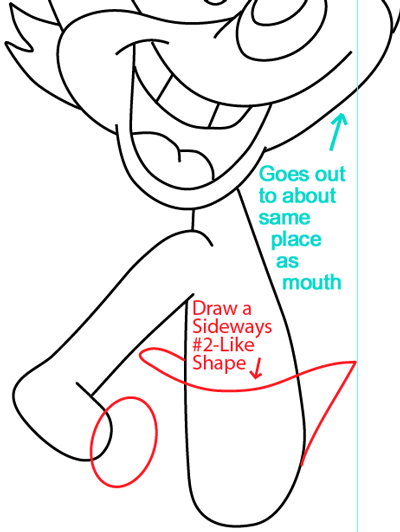 Start his pants by drawing a sideways number ‘2’ like shape. And lightly draw an oval for his wrist. 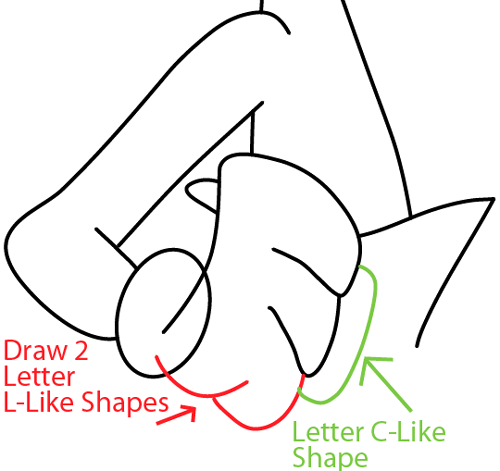 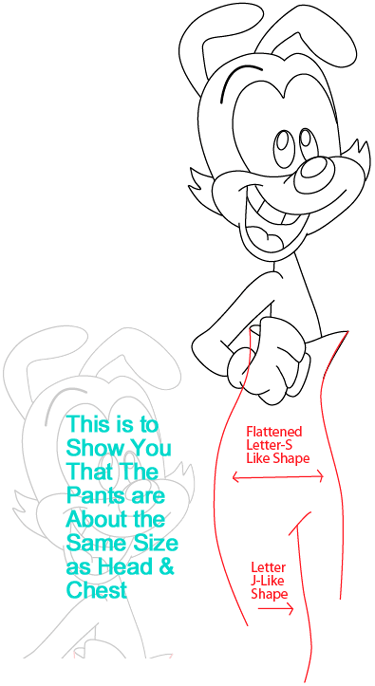 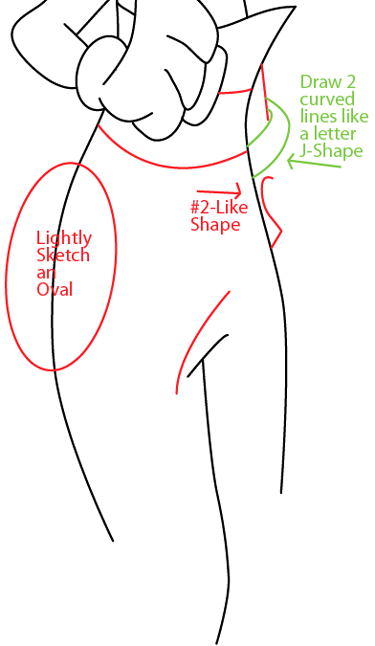 Next, draw his right hand and lightly sketch an oval for his tail. 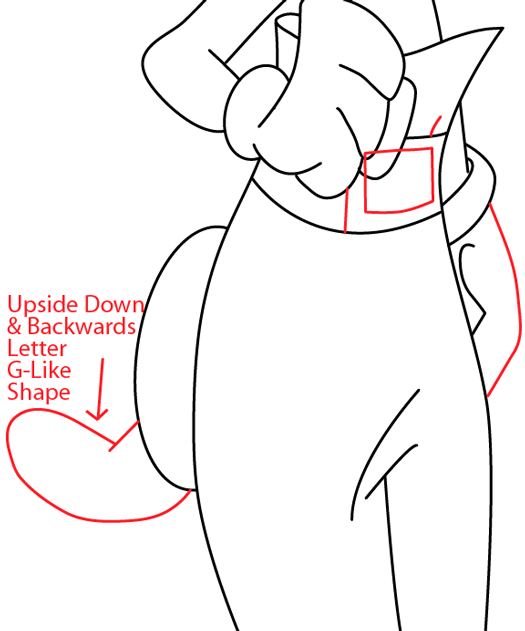 Complete his tail, right hand and draw his belt buckle 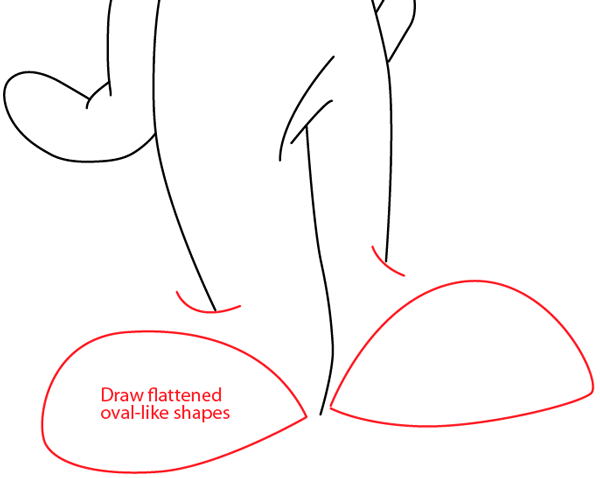 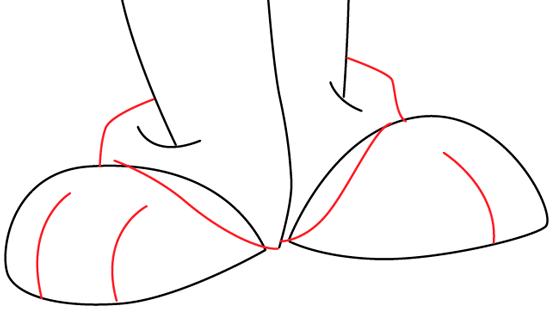 Complete his feet and the bottom of his pants by drawing curved lines.