If you are drawing a comic strip or a cartoon that uses the same character over and over, you are going to want to keep continuity within all the frames. The way to do this is to make sure that each character keeps the same facial proportions, no matter what position there head is in. This is an old tutorial I found, that was created by Walter Foster. I hope that it helps you as much as it helped me.  Have fun.

I hope this tutorial helps you draw your cartoon faces and heads. You might enjoy some of our other Faces and Heads tutorials. 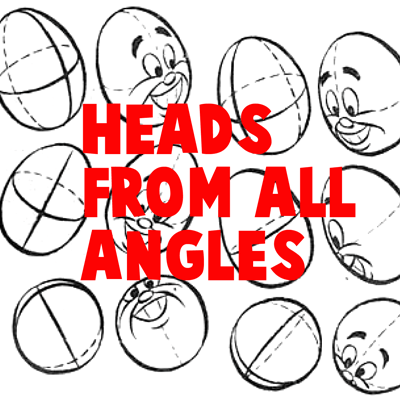 Think of the head as a rounded mass, either ball shaped, pear shaped, or egg shaped as the case may be – in animation this head shape may change perspective and form a great number of times during a scene – to simplify matters a correct perspective framework should first be drawn, then the details constructed over this form. 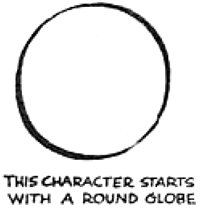 Draw a round circle. 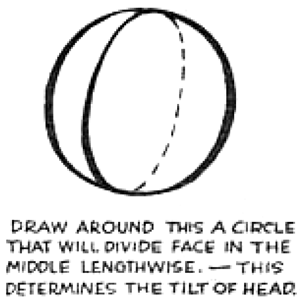 Draw around this circle that will divide face in the middle lengthwise. This determines the tilt of the head. 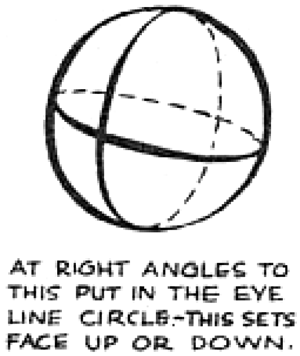 At right angles to this put in the eye line circle…this sets face up or down. 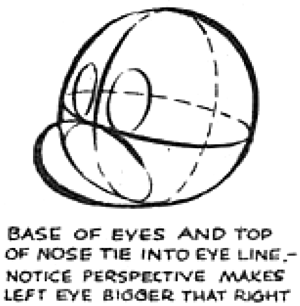 Base of eyes and top of nose tie into eye line…notice perspective makes left eye bigger than right eye. 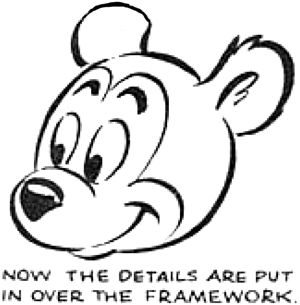 Now the details are put in over the framework.

Draw an Egg-Shaped Face From Every Conceivable Position and Angle 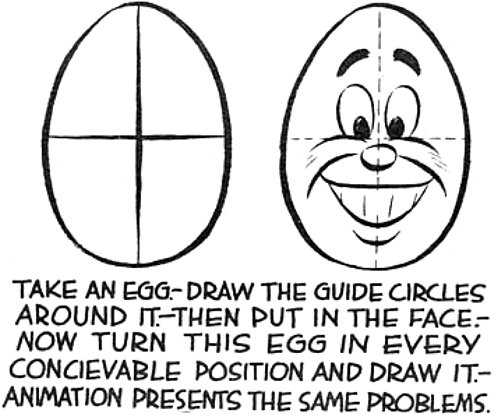 First, draw an egg-shape. Draw the guide circles around it, then put in the face.  Now turn the egg in every conceivable position and draw it. 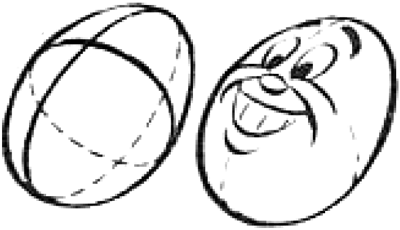 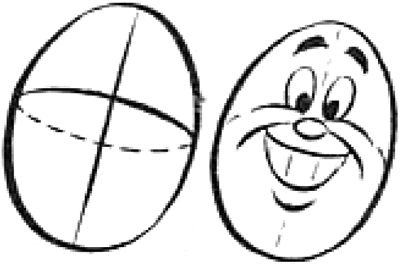 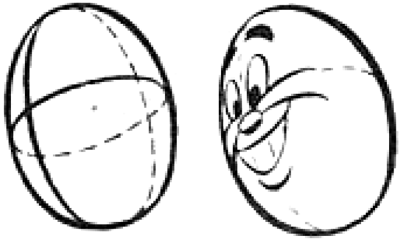 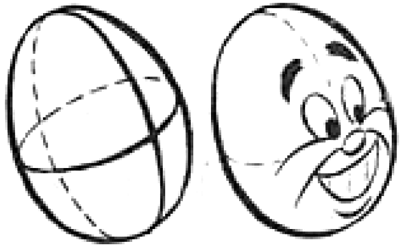 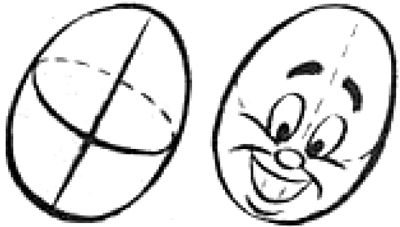 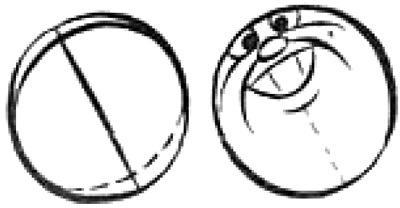 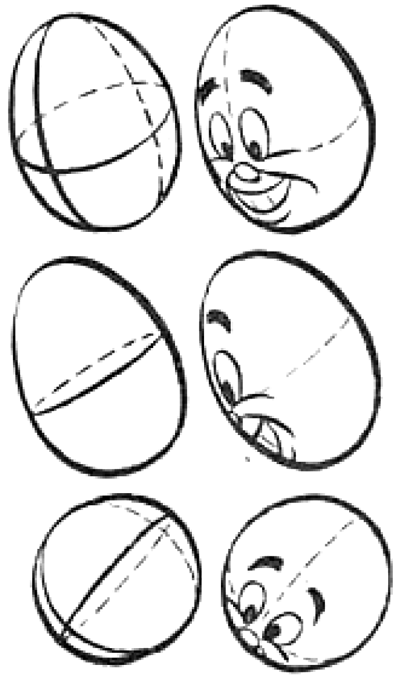 Now add a few details and draw these heads in every position using the above egg as a guide. Cartoon studios often make small clay models to aid the animator when drawing difficult characters from all angles.

This works for all characters…people and animals alike.

Sideways Egg-Shape : The Base Shape of Cartoon Squirrel, Mice, and Bunny Heads 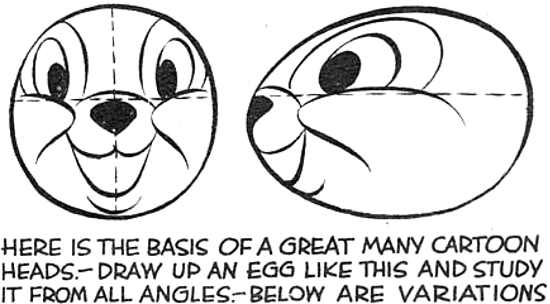 Here is the basis of a great many cartoon heads. Draw up an egg like this and study it from all angles. Below are some variations. 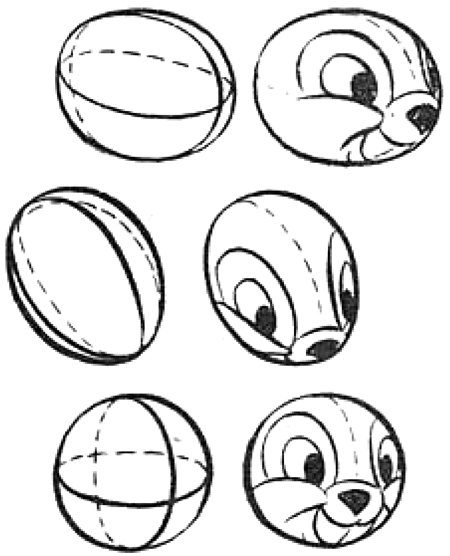 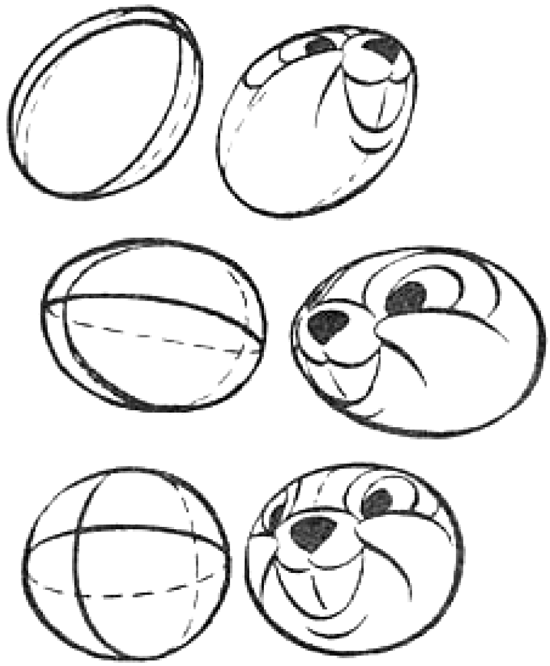 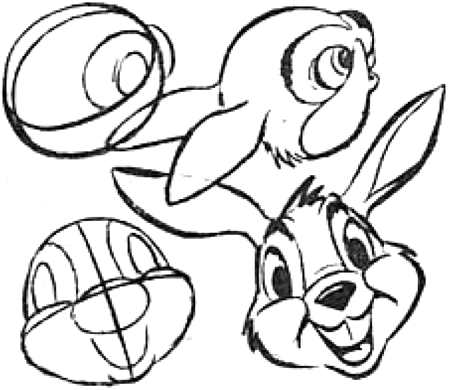 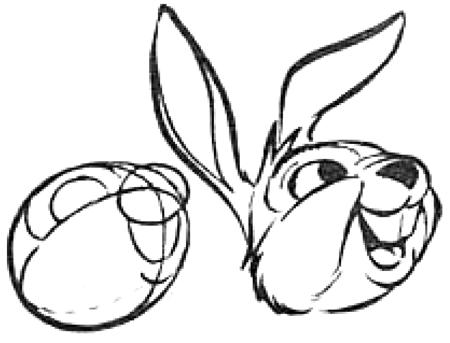 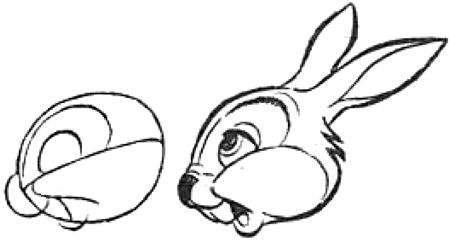 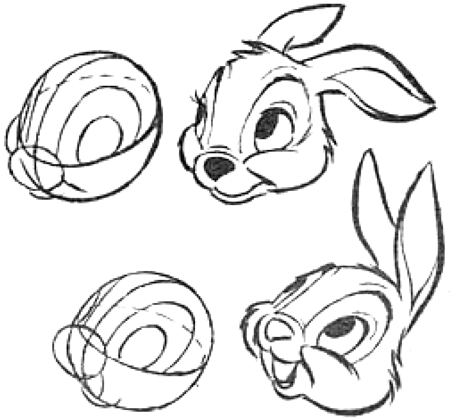 I hope this tutorial helps you draw your cartoon faces and heads. You might enjoy some of our other Faces and Heads tutorials.