One of the best episodes of Spongebob Squarepants is when he accidentally rips his pants at the beach. Everyone laughs and he thinks it is funny to continuously rip his pants over and over again. If you want to learn how to draw Spongebob ripping his pants, then follow the tutorial below. 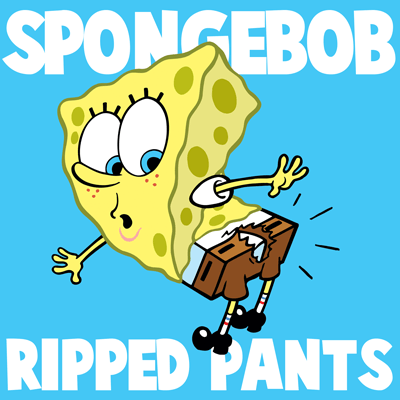 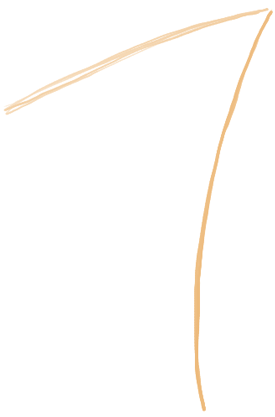 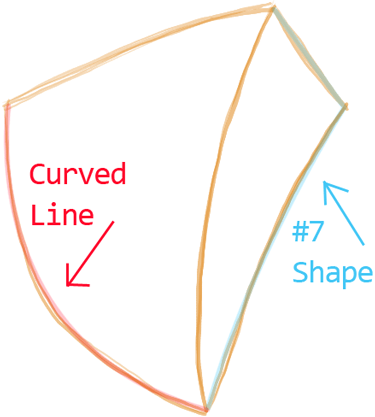 Then lightly draw another #7 Shape. Then draw a curved line on the left side of the shape. 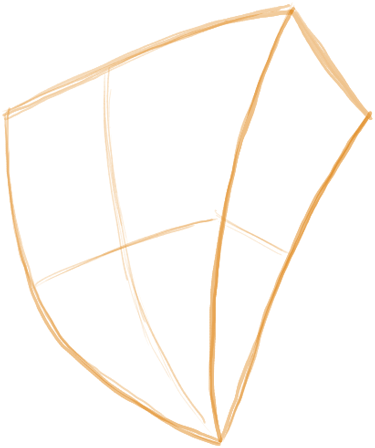 Lightly draw guidelines thru the center of the shape. 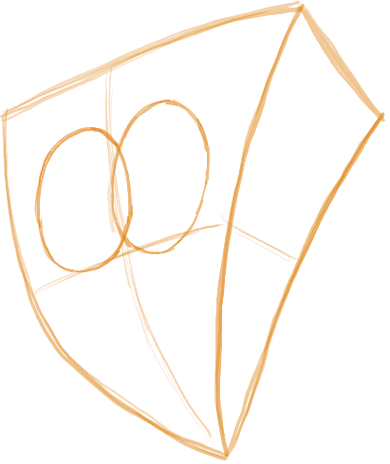 Draw 2 ovals side by side, as if they were a #8. Use the guidelines to help you place them correctly. 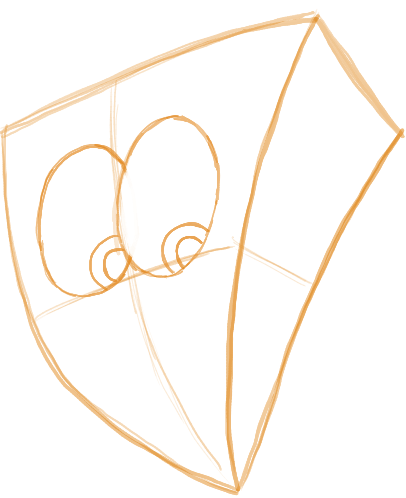 Draw 2 circles inside each eye and then erase the parts that are outside the outline of the oval. 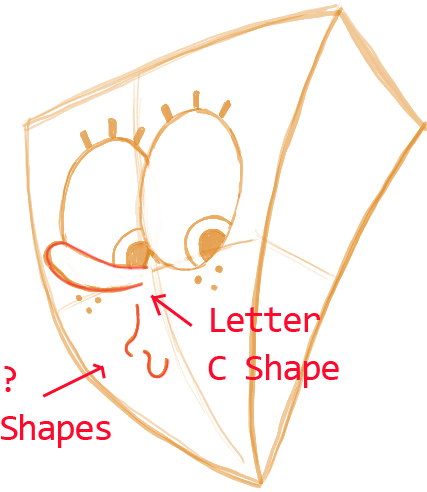 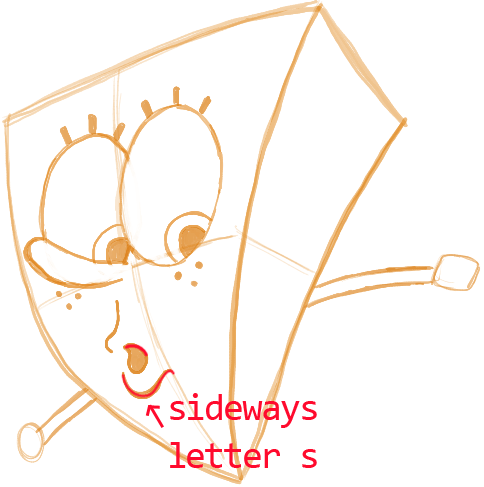 Close the bottom question mark shape up with a curved line and then fill it in.  Draw a sideways letter ‘s’ shape under the mouth. Draw 2 lines for each arm. On the left arm lightly draw an oval. On the right arm, lightly draw a rectangle. 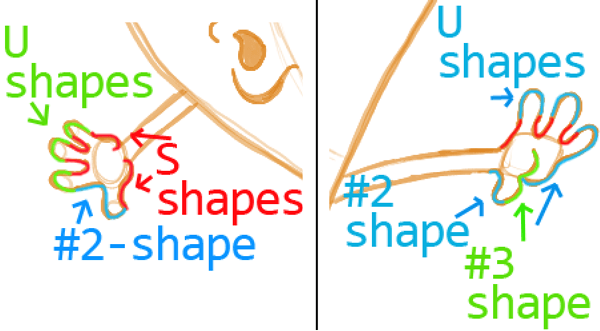 Draw the hands with simple shapes, listed above. 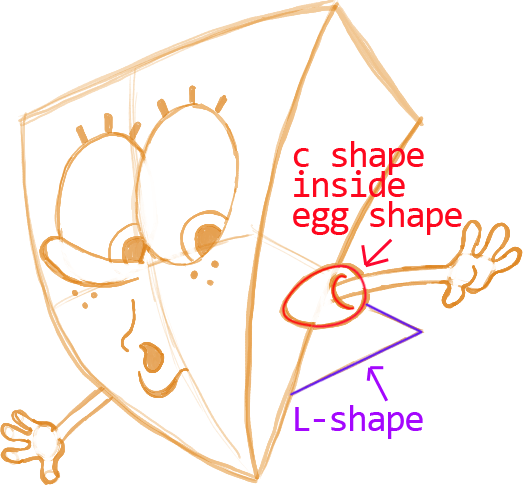 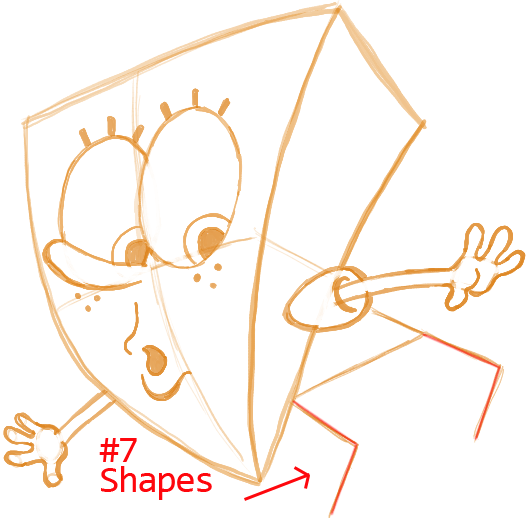 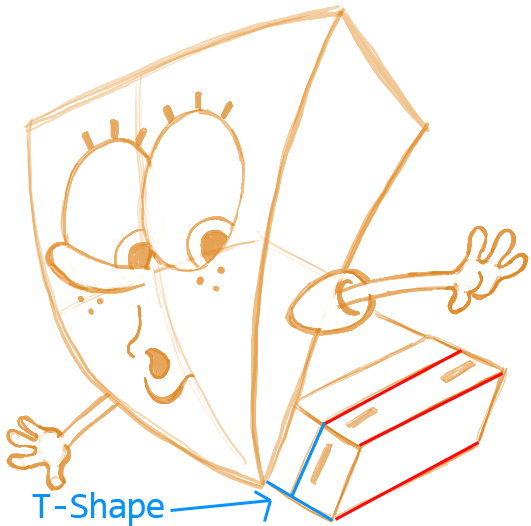 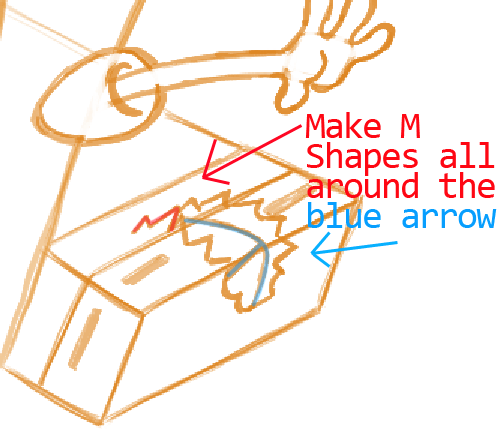 Draw a curved arrow-like shape. Then draw letter ‘M’-like shapes all around the arrow…this is for the rip in the pants. 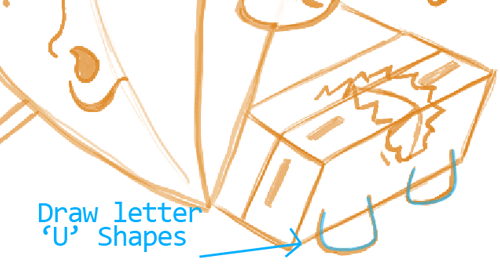 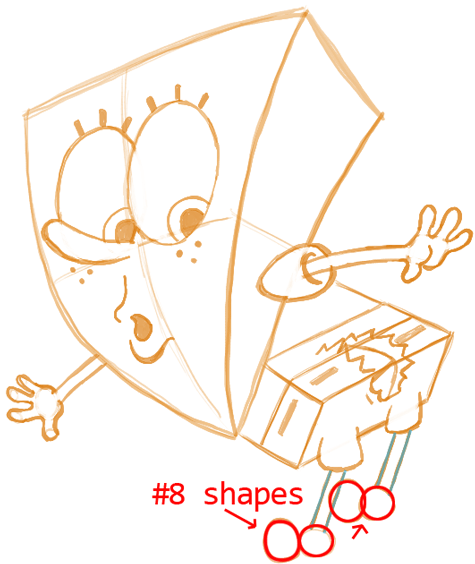 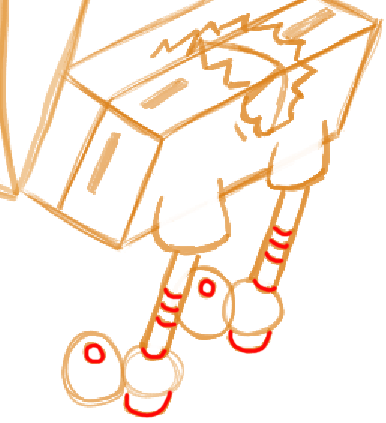 Draw sideways letter ‘C’ shapes at the bottom of the shoes. Draw a circle in each shoe. Draw curved lines on the legs. 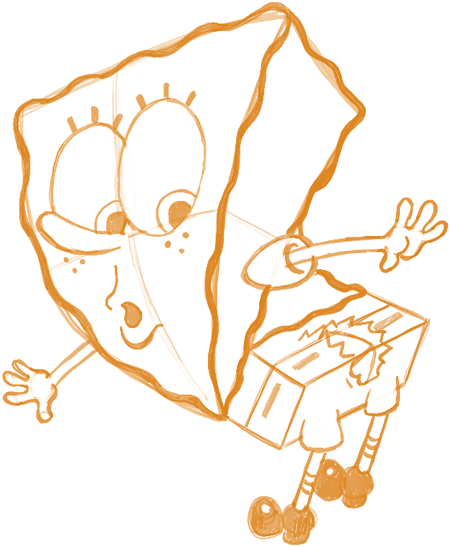 The outline of the face is just guide lines. Use these guide lines to guide you to where you need to draw wavy lines. These should be thick lines. 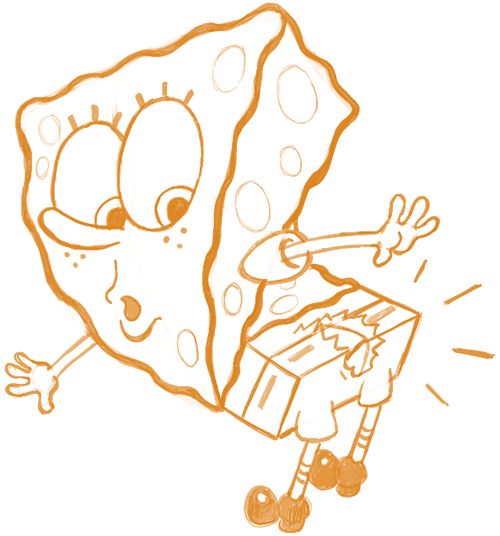 Now draw a bunch of ovals all over the face and draw a few straight lines behind Spongebob. Erase any lines that you don’t need and thicken lines that are important.